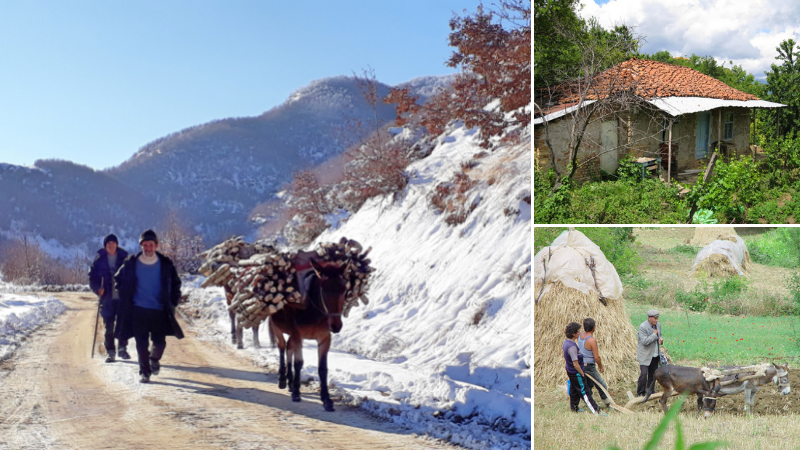 In the second in our series on the causes of poverty, this month we turn our attention to Albania.

As of 2020, Albania was Europe’s fifth-poorest country. While gradually improving, poverty there can be complicated and confusing. If you sponsor a child, widow or disabled person in Albania, it is normal to wonder, ‘Why does Albania struggle with poverty so much?’ From foreign shores, it might be difficult to understand the reasons for extreme poverty, but we want to attempt to address some of these difficult questions.

Albania was impacted by Communism

For almost half a century, Albania was under a totalitarian Communist government. Until 1991/1992, the Communist leaders in Albania dismantled upper-class landowners and many middle-class professionals, clergy and intellectuals. In many ways, this left the country at ground level.

Since then, the economic rebuild has seen many ups and downs. Many workers emigrated to nearby countries, leaving fewer labourers to reconstruct the country. The country continues to lack much infrastructure — especially roads, electricity and clean water — which is one of the biggest reasons it has been twice denied membership in the European Union.

Albania struggles with unemployment and lack of work

Albania has a high unemployment rate and an even higher underemployment rate. The COVID-19 pandemic made unemployment even worse. Even when employed, Albanians living in poverty make between £1.50 (€1.80) and £4.10 (€4.95) each day. Over 80,000 Albanians rely on a government subsidy in order to get by each month.

Almost half of Albania’s employment comes from the agriculture industry, but only a small population owns the land, and even fewer own modern farming equipment. Like poverty in Guatemala, during the off-seasons or in poor agricultural years, there is often not enough work to go around. Many people leave the country in search of work, and often children have to leave school in order to work to help support their families. For some of the communities that we serve, their towns have factories that provide employment. However, the working conditions are poor and the wages very low.

Many Albanians report a lack of hope for the future. With a history of quashed entrepreneurship by Communist leaders and current-day endemic corruption in local governments, a positive outlook for the future becomes extremely challenging. If Albanian students reach higher education, they often move to bigger cities, leaving concentrated poverty in the rural areas of the country.

Our mission at Living Water Adopt-A-Child is to bring true hope to these impoverished people, by taking care of their physical needs and offering them the life-giving hope of Jesus Christ. We are motivated by His love to help make lasting change for the poorest of the poor in Albania.