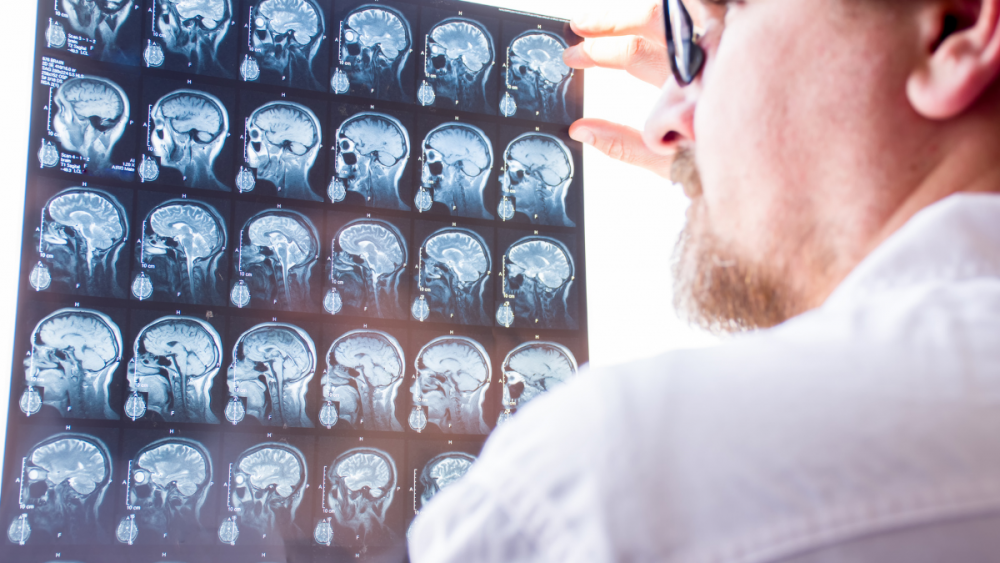 The MS Society will launch a world-first mega-trial for progressive multiple sclerosis (MS) in the UK later this year.

Octopus, so-called because of its multiple arms, is a revolutionary clinical trial that will transform the way treatments for progressive MS are tested – and could deliver desperately needed new options up to three times faster.

“More than 130,000 people live with MS in the UK and there are tens of thousands with progressive forms who have nothing to stop their MS getting worse. But we believe we can stop MS, and the launch of Octopus is a crucial moment in our journey towards that goal.”

Made possible by charity funding, Octopus will test several drugs – rather than just one – against a placebo at the same time. The trial will also combine what would normally be two consecutive trial phases into one. By bringing together lots of trials in this way, Octopus could rapidly speed up the development of new treatments.

Professor Olga Ciccarelli is a leading magnetic resonance imaging (MRI) expert in the field of MS and has been instrumental in developing Octopus.

“Octopus is a game-changer for how MS clinical trials are run. As well as testing many treatments at the same time with only one placebo arm, we’ll use an interim analysis of MRI scans to allow us to progress to the next stage much quicker. If scans show a treatment is slowing the rate of brain shrinkage, we can assume it will eventually slow disability worsening – and then investigate it with hundreds of more participants. Any treatments not showing potential in the MRI analysis will be dropped, so we’re not wasting time or resource on treatments unlikely to be successful.

“Ultimately it’s a much more efficient trial, and a major step forward in the search for progressive MS treatments.”

The flexible approach also means the trial team can continually update Octopus as their knowledge evolves. For example, if scientists were to discover another effective treatment in the laboratory, that can be quickly slotted in – rather than waiting years to set up a whole new trial.

Susan Scott, from Ashwell in Hertfordshire, was diagnosed with the relapsing form of MS in 2001. For over eight years she has been working with researchers and the MS Society to develop Octopus, representing the perspective of people living with MS.

Susan said: “When I was diagnosed with MS there wasn’t much to treat my condition. But in twenty years there’s been an absolute explosion of treatments available for me. I want people with progressive MS to have the same options I do. I know a young woman who, when I first met her, had just recently started using a wheelchair. Within three years, she had no arm function or head support, and her voice had virtually gone. I feel passionate that we must work together to do something about this.

Adding: “I’ve been really impressed that the patient representation for Octopus is not just superficial – for example, we’ve been able to influence how participants will receive information, including newsletters, social media and good old-fashioned mail. Most people with MS become experts in their own condition, so it’s rewarding to know we are being listened to and not just patted on the head.”

Dr Emma Gray adds: “Decades of research has got us to a critical point, and our ambition to speed up clinical trials is ready to become a reality. Right now our amazing MS researchers are finalising which treatments Octopus will test first, and later this year we hope to start recruiting people with progressive MS to take part. But we need help to make this, and all our vital research, happen.”

Octopus is just one of many vital research projects made possible by the MS Society’s Stop MS Appeal – which aims to raise £100 million to find treatments for everyone with MS. Donations also help the charity fund innovative research projects like the MS Society Tissue Bank, the UK MS Register, and two new UK Centres of Excellence for MS Research, announced earlier this year.

Text FUTURE1 to 70800 to donate £5 and support the Stop MS Appeal, or visit mssociety.org.uk/stop-ms for more information

Messages cost £5 plus your standard network rate. 100% of your text donation will be received by the MS Society. To opt-out of future text messages from us please text NOSMS MSS to 88008. For full terms and conditions visit: www.mssociety.org.uk/privacy