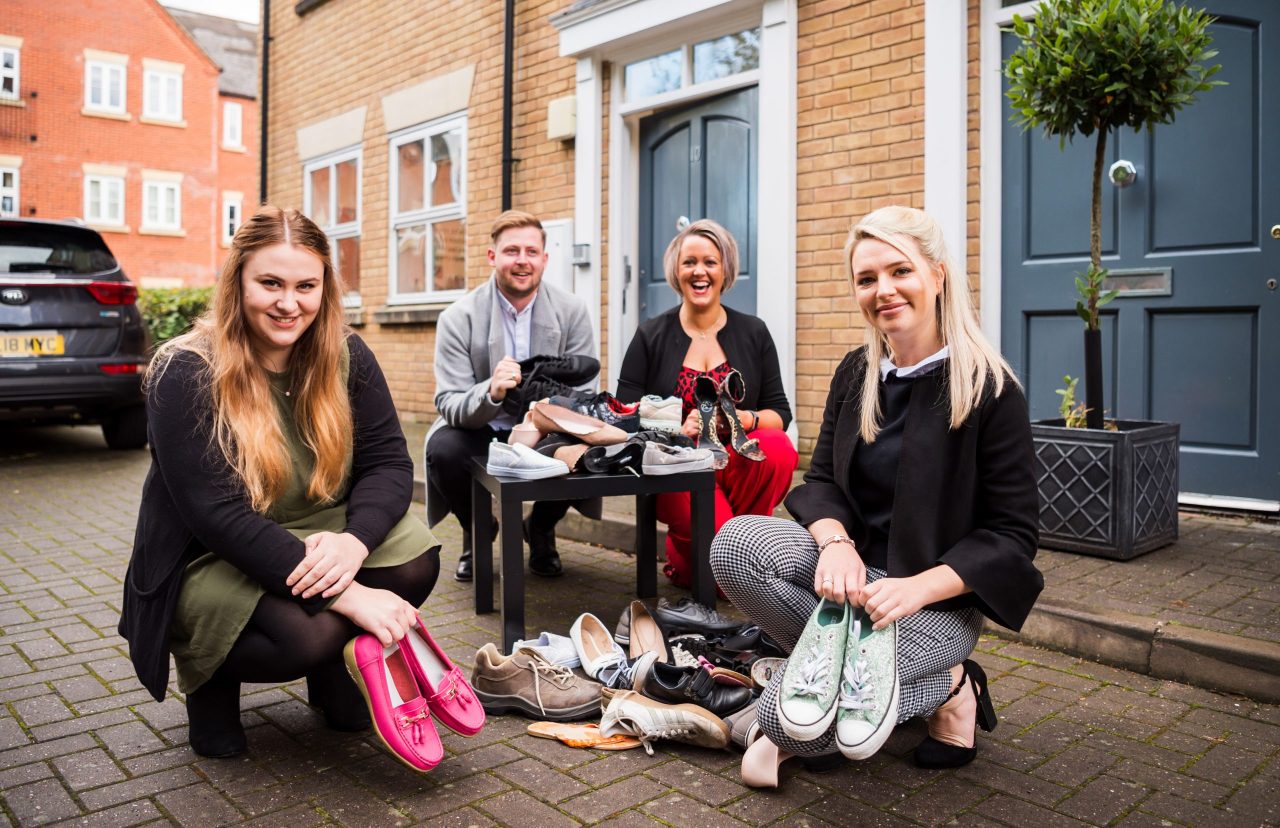 POTENTIAL recruits looking for a ‘shoe-in’ at a job-creating online property letting agency would be advised to do just that – take an extra pair of shoes in with them when they go for an interview!

For bosses at the rapidly-expanding lettingaproperty.com aim to use their current recruitment drive in order to support an innovative Clarks and UNICEF shoe donation scheme, which rehomes old or unwanted shoes in order to support the education of vulnerable children.

lettingaproperty.com is currently looking to recruit another ten people to join its existing 20-strong head office staff and over the next 3-6 months, it will be filling vacancies in its digital marketing, IT and sales/support operations.

Jonathan Daines, CEO of lettingaproperty.com, which is based in Henley-in-Arden, said:

“With people trying to get their foot in our door, we thought it an opportune time for us to help such a worthwhile UNICEF project, which is being organised in partnership with Clarks, one of Britain’s best-known shoe brands.

“Of course, there might be people who don’t want to apply for employment with us – but we will still accept their unwanted shoes on behalf of the charity if they want to drop them into our offices.”

Clarks has been working closely with UNICEF for the last 12 years, supporting the charity’s mission to educate vulnerable children by raising money through ShoeShare, a scheme which enables old or unwanted shoes to be rehomed. During that time, Clarks has rehomed 2.3 million pairs of shoes and donated over £1.6 million for UNICEF’s education programmes.

“UNICEF works with partners in more than 190 countries, its aim being to help every child realise their full potential. Just by recycling pairs of shoes, it is helping to change children’s lives by buying equipment such as the ‘School in a Box,’ a transformational educational aid that turns any space into a learning area with enough resources to teach 40 children.”

Since its launch in 2008, the company has taken part in other charity-aiding activities, with staff raising funds for Help the Heroes and the Marine Conservation Society through a series of climbing challenges.

To date, more than 100,000 landlords and tenants have registered to use the services of lettingaproperty.com whose many accolades include winning the Landlord Buy To Let Award for Best Website and the GoodWebGuide’s Property Website of the Year.

Visionary entrepreneur Jonathan Daines launched lettingaproperty.com after management experience with a chain of estate agents – during which time he realised that with technological advancements there was an ideal opportunity to establish an online business which focused on providing an alternative letting service to both landlords and tenants. Without the huge overheads that traditional High Street estate agents faced, Jonathan’s fledgeling business was able to save clients thousands of pounds they would otherwise have had to pay in fees.

“Landlords were tired of paying an arm and a leg for a dragged-out underwhelming service – estate agents’ methods were outdated and their fees were too high, that’s why I decided to create a better way of renting: providing a service that would completely simplify the rental process for landlords and tenants alike.”

Today, twelve years on since the company was launched from Jonathan’s bedroom, the business still has on its books the first-ever landlord it took on as a client in 2008.

“Not only did we provide the landlord with a low-cost top-quality alternative to the high street, but we were also successful in finding a tenant.

“Over the years, the ever-changing property industry has continued to evolve – and we’ve grown with it. But our aim of making the lives of landlords easier has always remained the same.”