Warriors to turn mud into money for hospital charity 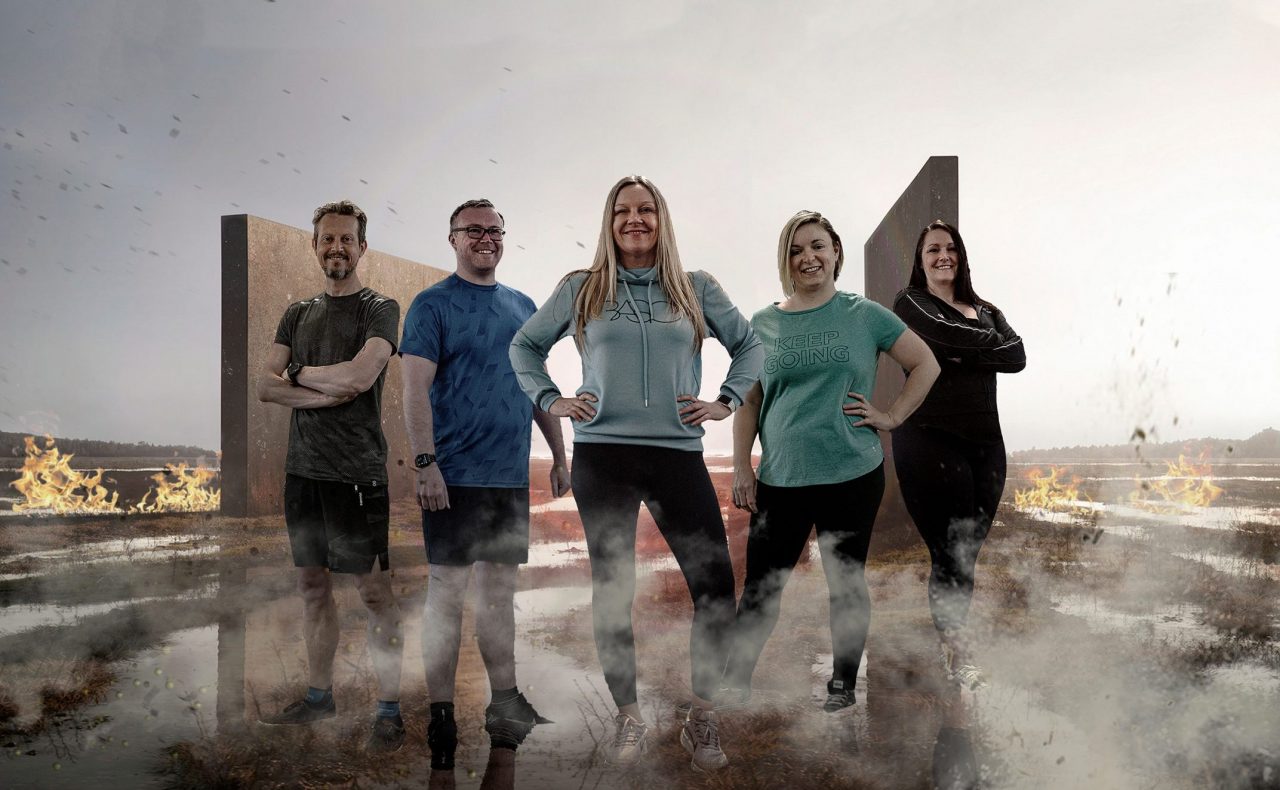 A daring team of fundraisers are preparing to brave a 12K route of 25 punishing obstacles and 100 tons of mud to raise money for the Rotherham Hospital and Community.

‘No pain no gain’ will be the motto for five colleagues from The Rotherham NHS Foundation Trust when they participate in the gruelling Total Warrior – The Original challenge at Bramham Park, Leeds, on Saturday 10 July 2021.

The team, called The Ted’s, will face 10 tons of ice, 100 tons of mud and challenging obstacles with eye-watering names such as the Worm Muncher, Peaks of Pain, the Human BBQ and the Shocker.

“Like many people, we started the New Year looking for a fundraising challenge with a difference. We were feeling bold and confident and were looking for something which would be fun to do as a team. Although we realised it definitely wouldn’t be a walk in the park, we signed up to Total Warrior.

“We’re hoping that putting ourselves through obstacles with painful sounding names like Death Valley and the Cement Mixer will inspire people to generously sponsor us so we can raise as much money as possible for the charity.”

Now in its 10th year with thousands of participants taking part annually, the Total Warrior event promises the world’s best obstacles and ‘more pain for your pound than any other race.’

But the team’s biggest obstacle will be reaching their £1,000 fundraising target for the charity. All the funds raised will help the charity to provide the extra special, added extras for the patients and their families, which the NHS would ordinarily not be able to afford.

“We’re incredibly proud of all our fundraisers, especially those like the Total Warriors who are willing to brave such a challenging event. It’s wonderful to see events like this back on the calendar, and we hope that everyone will join Dr Ted to get behind the team by sponsoring them or providing some much-needed moral support.”

For more information about the Rotherham Hospital and Community Charity, please contact Suzanne Rutter on 01709 426821 or via trft.charity@nhs.net.