Volunteer and RAF veteran awarded for service to SSAFA, the Armed Forces charity 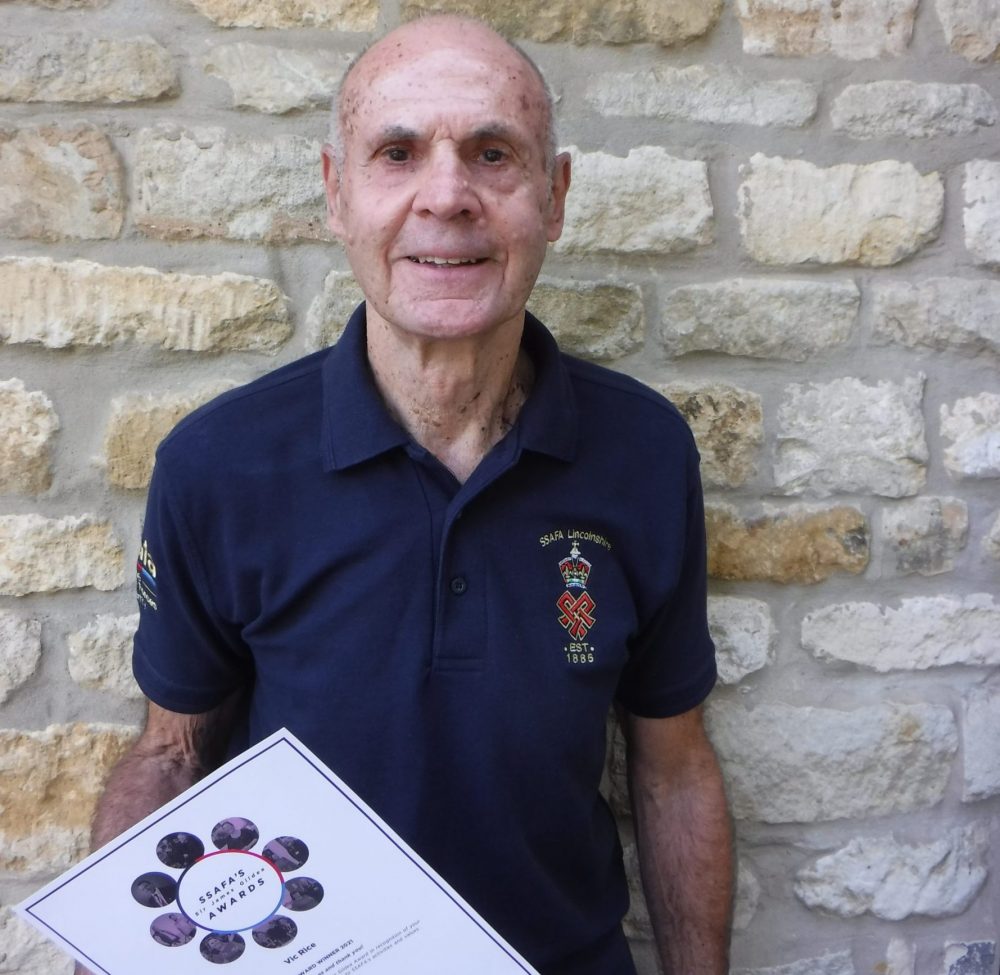 A local volunteer from Lincolnshire has been awarded the prestigious Sir James Gildea Global Award for his commitment to the county’s Armed Forces community and a local Gildea Award.

Local RAF veteran Vic Rice, 79, from Fulbeck near Grantham, has been a volunteer for SSAFA, the Armed Forces charity, for 13 years, after a 35-year career with the RAF.

Originally joining up as an apprentice, he retired as a Squadron Leader Engineer, seeing service in Kenya, Malaysia and Belize, and various bases in the UK.

Since then, he has made an enormous contribution to the work of SSAFA in Lincolnshire to support service personnel and their families.

Having started with SSAFA Lincolnshire as a volunteer caseworker in 2007, Vic took over the reins as Branch Secretary in 2011.

He leads on the day-to-day administration of the Branch, taking calls from clients, handling referrals for support and allocating cases to colleagues.

He also acts as the first point of contact for new volunteers, helping them with the application process and keeping in close touch.

Vic has been more than willing to run the Branch office from home during the pandemic, ensuring that the volunteers and SSAFA’s clients have been fully supported during a difficult period.

He has also planned, supervised and orchestrated two Branch office moves and a third move is now underway.

“This is a great honour, and I’m delighted to receive the award. After my long RAF service, I wanted to give something back. I greatly enjoy dealing with veterans and their families – particularly the banter and sense of humour which is their watchword.”