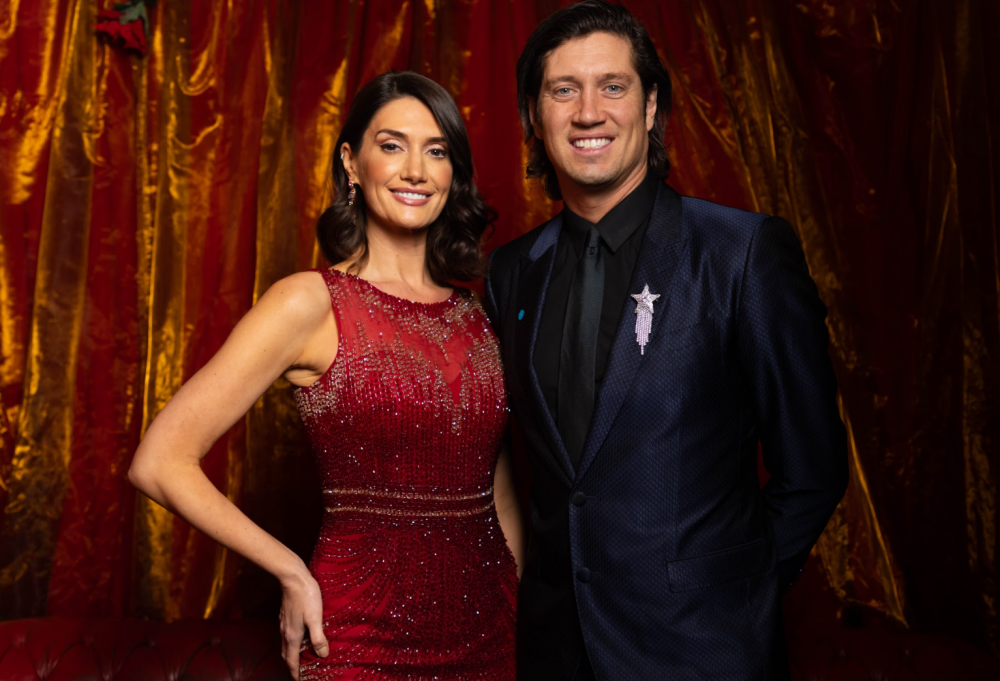 The special event at Proud Embankment in London was also attended by Anne Twist, Parkinson’s UK supporter and mum of Harry and Gemma Styles.

“I’m thrilled to have had the opportunity to curate this show for Parkinson’s UK. The money raised from the evening will go towards their groundbreaking research so that we can develop better treatments as soon as possible, as well as the support services that people with Parkinson’s and their loved ones rely on.”

One of those who stepped out on stage was entrepreneur Emma Lawton, 38, who was diagnosed with Parkinson’s at the age of 29.

“It’s exciting to be part of this event because fashion and how I see myself with Parkinson’s have always gone hand in hand. It helps me continue to express who I am and take pride in the way I look.

“I was thrilled to represent people with Parkinson’s on the runway along with the other fabulous models. Finding a cure for Parkinson’s would mean the world to me – to be able to walk a catwalk length without challenges would be incredible. I’m honoured to be helping Parkinson’s UK hopefully bring that day forward.”

“Thank you so much to Charlotte Edwards, Vernon Kay and everyone who has supported Parkinson’s UK through Catwalk to a Cure. It was a great evening of entertainment and glamour.

“Parkinson’s is the fastest-growing neurological condition in the world and there is currently no cure. There are more than 40 potential symptoms, which can have a tremendous impact on people’s lives.

For information and support or to find out more about Parkinson’s UK, please visit: parkinsons.org.uk.