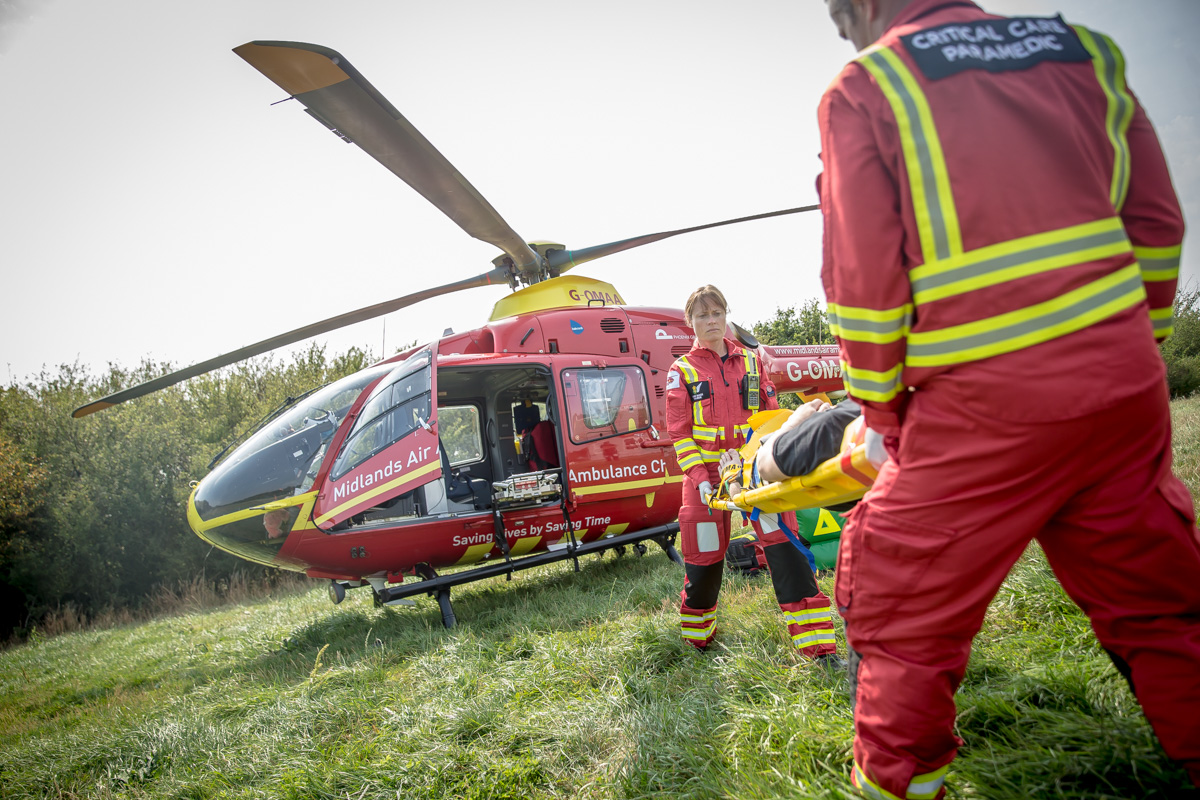 While the Covid-19 pandemic is proving to be one of the most challenging times in modern history, Midlands Air Ambulance Charity swiftly adapted its awareness and fundraising campaigns and has achieved a number of positive outcomes.

After being required to temporarily close its charity shops, cancel its fundraising events calendar and pause face-to-face fundraising within the six Midlands counties covered by the service, Midlands Air Ambulance Charity was facing a potential drop in fundraising income of up to 48 per cent during 2020/21. The fundraising team, therefore, knew the importance of proactively responding to the pandemic, which included the need to diversify the way it raises awareness and funds for its vital importance of its lifesaving service.

In order to proactively manage the impact the adverse economic environment created by the pandemic; resource has been centred on defending key income streams. The goal has been to protect sustainable sources, for example, committed giving. This has involved targeted lottery ‘upgrade’ campaigns, within current membership, to increase plays to support with re-addressing the attrition levels. Additionally, recruitment via online activity has achieved positive results which is great to share with you, particularly during UK Charity Week.

The charity’s annual Bike4Life Ride Out and Festival, which attracts over 3,500 motorbikers alongside a further 6,500 festival attendees was the first event to be postponed. To retain momentum in support from this key audience, Midlands Air Ambulance Charity launched the first-ever Virtual Bike4Life Ride Out. The proactive campaign encouraging bikers to send pictures with their beloved motorbikes, which were all brought together to form a virtual ‘ride out’ video on social media. The originality of the idea led to retained support from bikers, with the majority donating their entry fee and rebooking for 2021. This meant the charity retained over £22,000 of event income and continues to receive incredible levels of support from the biking community.

Furthermore, on hearing that demand for the charity’s vitally important service was continuing to rise while fundraising levels dropped, local lad and radio presenter Richie Anderson lent his support and hosted a virtual quiz to encourage support and raise awareness of key messages shared by the charity. Richie helped the charity to further engage with supporters and created a memorable evening for everyone involved.

Within the local communities across the Midlands, the charity is supported by over 200 volunteers, with a proportion of whom are in the vulnerable category. As the welfare of the organisation’s family of volunteers is of utmost importance, members of the charity team made regular contact with each volunteer, ensuring they had everything they needed while isolating at home. This action helped boost the mental health of the charity’s volunteers and the charity teams too, creating a positive environment for all.

Additionally, Midlands Air Ambulance Charity’s Sky Champs Education Programme offers Key Stage 1&2 children National Curriculum-based worksheets using the pre-hospital service as practical examples for maths, writing and comprehension exercises. The packs were originally sent to schools, but when they had to close, there was a timely opportunity to further support the community. Supporters were offered worksheets for homeschooling activities and were a great success as parents were desperate to give kids something fun, engaging, yet educational to do.

Over 300 packs were issued to parents and schools for virtual sessions. Furthermore, due to the exposure generated, corporate partner M6toll extended its support of the charity this year and donated a further £15,000.

Moving forward, activity is being concentrated on brand reach and profile more broadly, via online channels and platforms. For example, fulfilling the charity’s education and corporate programme by using online channels, for example undertaking bleed control and CPR training programmes through Zoom.

In summary, while the pandemic has proved to be one of the charity’s greatest challenges, a great number of positive outcomes have been achieved. Connections with the communities the organisation serves have been further strengthened, and additional funds were raised through new initiatives, proving the support for this critically important local charity remains strong.

For more information on Midlands Air Ambulance Charity, you can visit midlandsairambulance.com.