Together for Animals: Rescued cobs have a bright future ahead of them 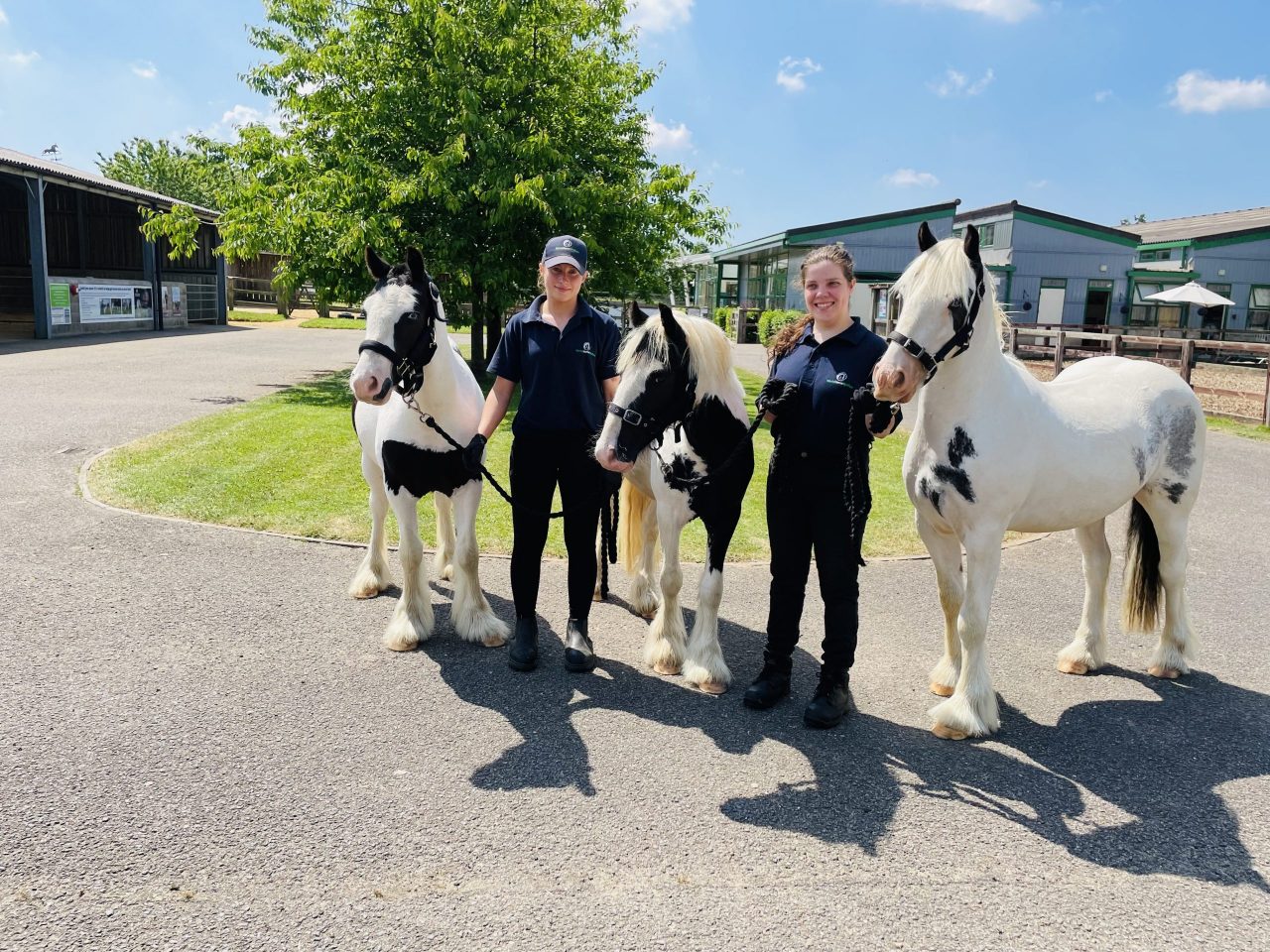 THREE young cobs with rather recognisable names have found their perfect match now their fortunes have changed for the better. After concerns were reported for their welfare, a trio of colts arrived at Together for Animals member World Horse Welfare’s Hall Farm Rescue and Rehoming Centre in February and were promptly named Mr Bingley, Mr Bennet and Mr Darcy.

“When I visited the site, it was clear that these three young colts sadly weren’t getting the care they needed. With a little digging, I discovered that the elderly owner simply was not able to look after her animals any longer and after talking it all through she came to terms with the situation and agreed to sign them over to us to prevent the situation from deteriorating further and to safeguard their future. It’s been wonderful to see these three blossom from underweight little ponies to confident youngsters ready to find loving new homes.”

After their rescue and change in fortunes, on arrival at Hall Farm, the previously unnamed trio received not only their new names but also the dedicated expert care they clearly needed to be nursed back to health.

“All three ponies were in very poor condition and quite significantly underweight when they arrived. We tend to use themes when naming groups of horses who come in and you might be able to tell where our inspiration came from for these three boys. While Mr Darcy and Mr Bennet began to pick up quite quickly, it soon became apparent that Mr Bingley wasn’t doing as well.

“With further testing, our vets discovered that Mr Bingley was suffering from anaemia as well as having significant worm damage to his gut. He was very unwell for a couple of weeks but with appropriate medication, supplementation and feeding we got him back on the road to recovery and eventually he was ready for rehoming as a fit and healthy youngster. He even got to meet our President Her Royal Highness The Princess Royal during her recent visit so his life really has changed since the start of the year!”

By the summer, Mr Bingley, Mr Bennet and Mr Darcy were ready to seek their perfect match and make their way out into the world. One might even say that it is a truth universally acknowledged that rescue ponies in possession of improved fortunes must be in want of a home – and the fantastic news is that all three boys have found loving homes of their own!

Thanks to wonderful supporters like you, these three young ponies have had their lives transformed and now have a bright future ahead of them.

To donate to Together for Animals, please visit: https://togetherforanimals.org.uk/donate/.

The end of an ancient disease is in sight, says charity