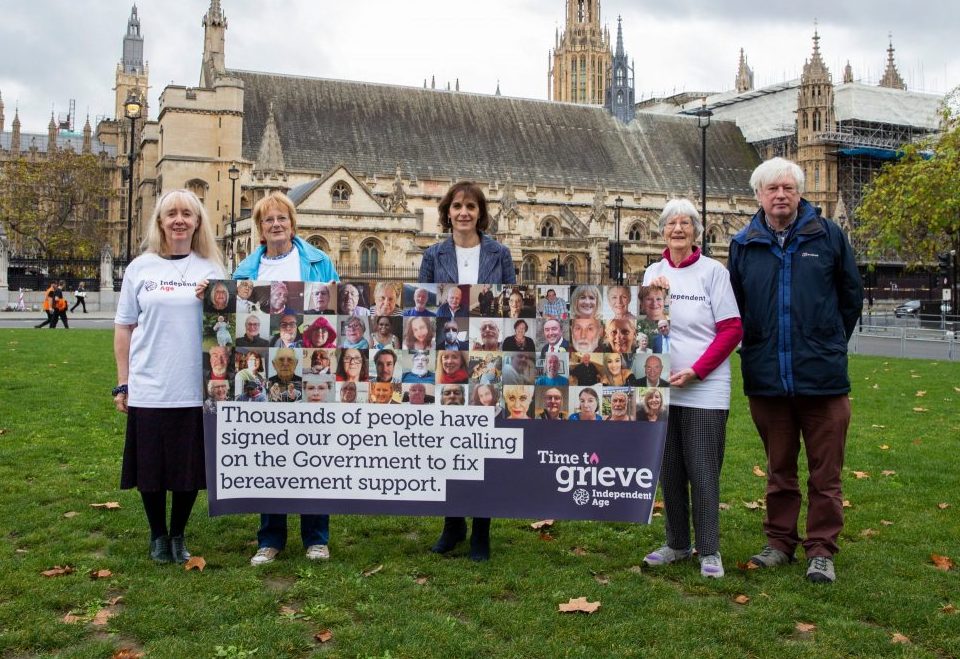 NATIONAL older people’s charity Independent Age has delivered an open letter signed by 8,467 people to the Department of Health and Social Care, calling on the Government to prioritise emotional support services for everyone who experiences a bereavement who needs it.

In a letter addressed to the new Minister of State for Care and Mental Health Gillian Keegan, Independent Age asks the government to commit to three pledges:

The letter was delivered to the Department of Health and Social Care on 11 November, by Independent Age’s Chief Executive Officer Deborah Alsina MBE and supporters as part of the charity’s Time to Grieve campaign.

Independent Age estimates that up to 318,000 people over the age of 65 have been bereaved of a partner since the start of the COVID-19 pandemic. Despite being the age group most likely to experience a bereavement, research shows that over 65s are less likely to seek help and, when they do, they can often be at the mercy of a postcode lottery of bereavement support, with some Clinical Commissioning Groups (CCGs) failing to consistently fund bereavement support services for their residents. 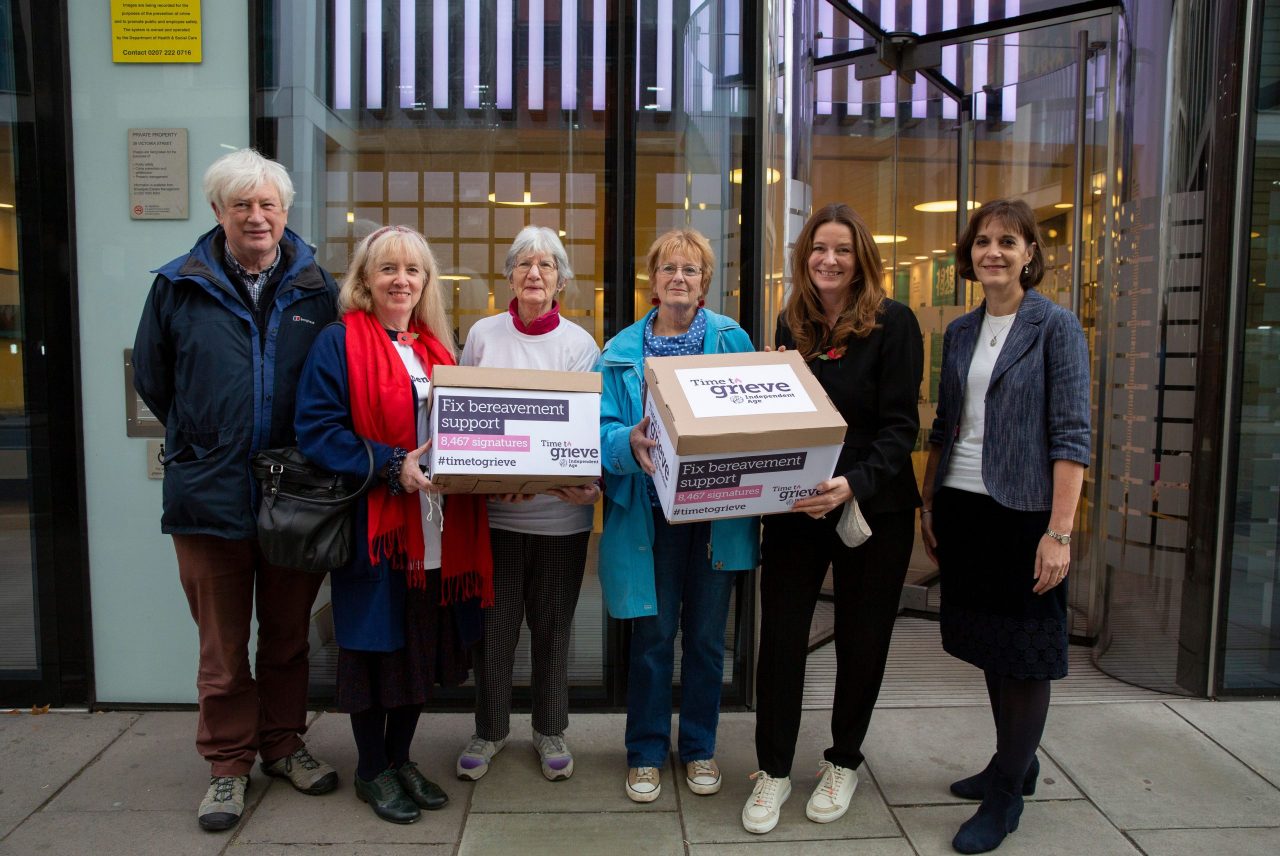 Diana, aged 79, was bereaved of her husband in April 2020 after he lived with cancer for five years. She commented:

“I feel my ability to grieve has been affected by COVID-19. I was completely on my own after my husband’s death during the first lockdown; I felt anxious for weeks and didn’t leave the house. There was no contact with anyone, no hugs and no visits until restrictions were lifted and I was able to make a bubble with my daughter and her two boys.”

“Diana is sadly just one of thousands of older people who have been grieving for their partner over the last 18 months. Bereavement is so difficult to navigate at any age, but the death of a partner – often after decades of being together– can be particularly painful. Significant problems existed before the pandemic when it came to accessing the right support following a bereavement, but COVID-19 has only made grief more challenging. That is why Independent Age and 8,467 supporters are calling on the Government to address the chronic lack of funding and attention given to bereavement support services.

“Emotional support can come in a variety of forms. Whether it’s information and advice, counselling, support groups or online forums, we want to see a range of emotional support available to people no matter their age, or where in the country they’re from.”