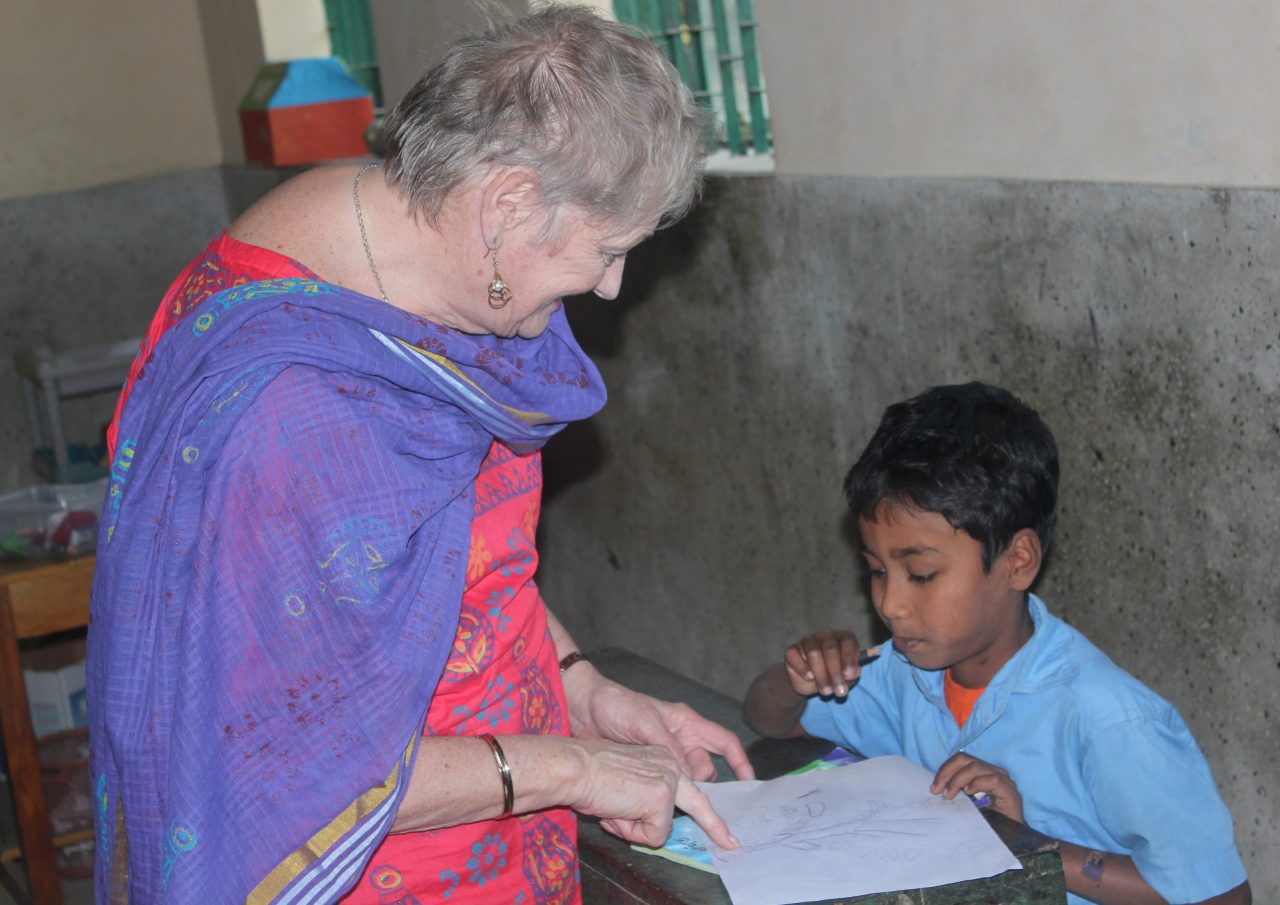 As we start a new year, The Sreepur Village would also like to welcome a new patron, The Lady Tunnicliffe, PhD, BSc., FRSB, FLS.

Here Lady Tunnicliffe tells us how she became involved with The Sreepur Village.

“In the early 1990s immigration to the UK from the Indian subcontinent and Uganda was very high. I was teaching Science and Maths in a Middle school in Slough which was 96% non-white children, a small number were of Afro Caribbean origin, but the majority were from Pakistan or rural Bangladesh.  Many had recently arrived and had come to school with no or little English.

“My husband was Deputy marketing director of BA at the time and volunteered me and our two sons to visit Dhaka on behalf of BA and show an interest in the orphanage which one of their cabin staff, Patricia Kerr, was involved in during stopovers and in which she had persuaded other crew members to visit.

“So off we went February half term 1982 with pat. We also visited again the following year. That’s where my link began. I have always kept in touch with Pat. In 2009. I attended the Commonwealth Heads of Government Conference in Kuala Lumper (may have been the Heads of government) and was appalled by the attitude of speakers in a side conference for members of the Commonwealth and their comments about women who could not read or write. One of the Millennium Development Goals was to achieve literacy for women and girls and as I’d been a School inspector(OFSTED) I made sure that literacy included speaking and listening too. So, I rebuked the speakers and was congratulated and asked what I would do by some participants including two female High commissioners.

“So, as a science educator, I contacted Pat and asked if we could try with the Sreepur Village mothers, to help them realise how much science and engineering and maths could be useful, even if they had not been to school as school science and science in action every day are all rather different. Pat agreed, on the basis that I raised some money to pay for a part-time facilitator. The Post Office Fund awarded us some money and CASTME, the Commonwealth Association for Science technology and `maths Educators, which I now chair, gave an equal amount.

“I visited in April 2010 and that’s when my yearly visits began. I learned a great deal about how children played (Foundations of STEM skills and understanding as well as literacy, some maths, critical thinking and problem solving) and working with an interpreter I understood how much many of these women really knew.  As part of the program, we encouraged the mothers to talk with their children about it all and with one coordinator I used the photographs the mothers had taken to make books, which they shared with other mothers and children.

“We say each mother is the first and most important teacher of their child and some facilitators awarded certificates for their participation in the program which some mothers valued as they said they had never been awarded a certificate before, more importantly, they had never been to school! I regret not being there more and not speaking Bangla! A doctoral student had given me a phonetic set of phrases she had used with her son, so we shall see!”