The sky’s the limit for ex-RAF technician turned author 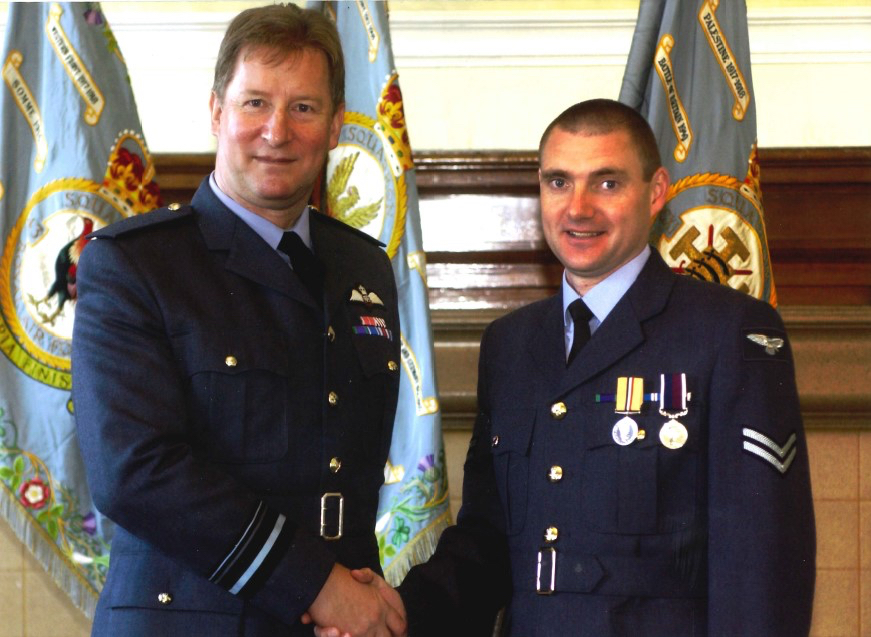 All profits from the sale of his newly published book – Scrambled with Care – will go towards the care of fellow Veterans at Erskine.

Brian age 54, who lives in Tayport, Fife, joined the RAF in 1989 serving for 22 years as an Aircraft Weapons Technician. During his time at RAF Leuchars Air Base, he became heavily involved in charity fundraising, to date he has raised over £80,000 for many different causes.

The seed was first sown to write a children’s book when Brian got bored reading the same bedtime stories to his children, Sara and Briony, so began making up imaginative stories of adventure and friendship.

This resulted in Queenie, a story about two girls, named after his daughters. They are catapulted back in time to meet Nicholas and Millie, as they investigate the mystery of show jumping horse Queenie. The book raised over £2,500 for Children’s Cancer Charity Toby’s Magical Journey and Brian already had the sequel in mind.

Scrambled with Care is a more emotive read and features Sara and Briony ten years later where they are reunited with Nicholas and Millie during World War II. Nicholas is now a Battle of Britain pilot and Millie a nurse. The story gives an insight into the flying career of an RAF pilot during WWII and Brian believes is a true testament to those hero pilots and the debt of gratitude we owe them. It also paints the picture of the day to day struggles of life as a nurse at this time. The book ends when Sara and Briony come face to face with a heart-wrenching encounter as they visit an Erskine Care Home.

“Having scratched the surface with a little fundraising for Erskine in the past, it was always my intention to donate all proceeds from this book to the charity. It has taken a long time to get here but I am delighted to finally be able to achieve my wish. I am so proud to be a Veteran and the outstanding work the carers at Erskine do for my fellow Veterans is utterly amazing. Erskine has cared for Veterans for over 100 years, which to me, says it all.

“My message is simple and I believe it is epitomised by Erskine – one simple act of kindness, however small or trivial it may feel to you, can mean the world to someone else.” 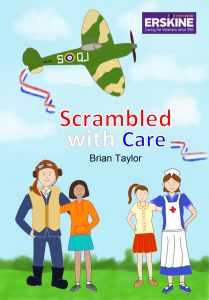 “We are extremely grateful to Brian for his most generous support especially this year which has proved particularly challenging for our Veteran family. It’s incredibly impressive how much money Brian has raised over the years for charity. It’s clear to see giving something back to fellow Veterans means a lot to Brian, as it does to me, and I agree with him about the debt of gratitude we owe to everyone who served during both World Wars and subsequent conflicts. Scrambled with Care gives touching and realistic insights into life during the Second World War and life and care at Erskine. We look forward to it being a sell-out and wish him every success with future books.”

You can purchase the book for £5 via the Erskine website here: https://www.erskine.org.uk/product/book-scrambled-with-care/