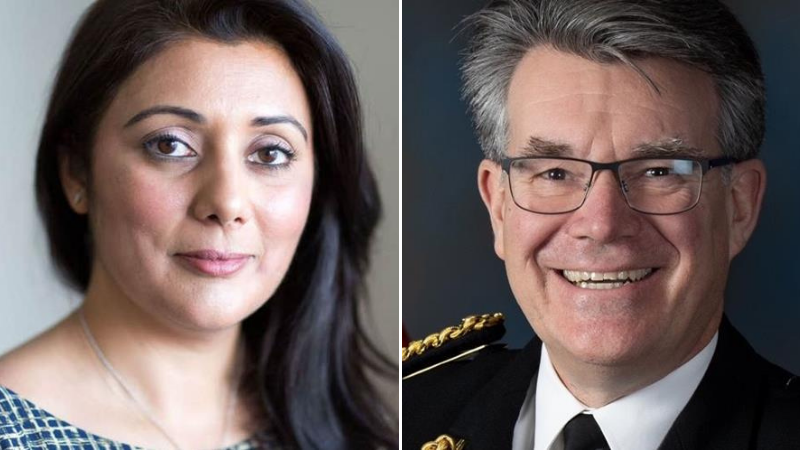 THE Seafarers’ Charity has announced the appointment of two additional Trustees to the Charity’s General Council. Nusrat Ghani, Member of Parliament, and Rear Admiral Iain Lower MA, AFNI, were selected following an open recruitment process and join the Charity at an important time.

The Seafarers’ Charity recently rebranded from ‘Seafarers UK’ and is beginning the implementation of a new results-driven strategy and focusing on significantly increasing fundraising revenue.

“I am absolutely delighted to welcome Nus Ghani and Iain Lower as new Trustees for The Seafarers’ Charity. Both are passionate advocates for all things maritime, and seafarer welfare is right at the heart of such a critical sector. As we now look to strengthen our international activity and focus more on both fundraising and influencing, the experience and knowledge they bring, together with the passion of Nus and Iain, will strengthen the General Council, and I very much look forward to working with them and all Trustees and staff, over the years to come.”

Nusrat Ghani MP is the MP for Wealden. She previously served in the Department of Transport as Minister for High-Speed Rail, Buses, Taxis, Transport Accessibility and Maritime between January 2018 and February 2020, when she became the first female Muslim Minister to speak from the House of Commons despatch box. Her responsibilities as Minister included leading the introduction of the Maritime2050 plan and setting key business, trade, finance, technological and environmental targets for Britain’s shipping and ports industry, including driving the UK’s successful campaign that secured a landmark global commitment at the International Maritime Organisation to reduce global shipping emissions by 50%.

She has also served as Parliamentary Private Secretary to the Home Office, Lord Commissioner at HM Treasury, and as a member of the Home Affairs and Foreign Affairs Select Committees. She currently sits on the Business, Energy and Industrial Strategy Select Committee, where she is leading their investigation into UK business supply chains to the Xinjiang region of China. She is also a UK representative to the NATO Parliamentary Assembly and sits on the Science and Technology Committee.

Rear Admiral Iain Lower is the Assistant Chief of the Naval Staff and the Royal Navy’s Director for Strategy, International Relations, Maritime Sector, Parliamentary & Academic Engagement. Iain’s formative years at sea were spent in the Fishery Protection Squadron and on escort duty protecting merchant shipping through the world’s maritime choke points. In later years, Iain commanded destroyers (HMS DRAGON & HMS GLOUCESTER), Minehunters (HMS SHOREHAM) and Offshore Patrol Vessels (HMS LEEDS CASTLE) on operations across the globe from the Falkland Islands to the Caribbean, from Latin America to the Middle East. Ashore, he planned the UK’s military operations across Africa, including the Ebola crisis in Sierra Leone (2014) and the UK’s deployment to support the UN in South Sudan (2015).

In 2016/17, Iain was the Chief of the Defence Staff’s Personal Liaison Officer to the Chairman of the Joint Chiefs of Staff in the Pentagon – a unique and fascinating insight into the transition between the Obama and Trump Administrations. In his current role, he represents the Royal Navy on Maritime UK’s National Council, the Supervisory Board of the Chamber of Shipping, London’s International Shipping Week Advisory board and co-chairs the Shipping and Defence Advisory Committee. A graduate of the Higher Command & Staff Course, Iain holds an MA in Defence Studies from King’s College London. He is a Freeman of the City of London, a Younger Brother of Trinity House and an Associate Fellow of the Nautical Institute.

“I spent my seagoing career working alongside the Merchant & Fishing fleets at home and overseas and ashore. I have sought to build ever closer relationships between the Royal Navy and the maritime sector. The welfare of our seagoing community is very close to my heart, and it is, therefore, a very great privilege for me to serve you as a Trustee.”

Nusrat Ghani will reprise her Quiz Master role as host of The Maritime Quiz in aid of The Seafarers’ Charity. She has graciously agreed to co-host the second Maritime Quiz on Thursday, 18 March. She will be joined by Bob Sanguinetti, CEO UK Chamber of Shipping, to celebrate The Seafarers’ Charity’s name change and raise money to support seafarers. You can find out how to join in the fun here.