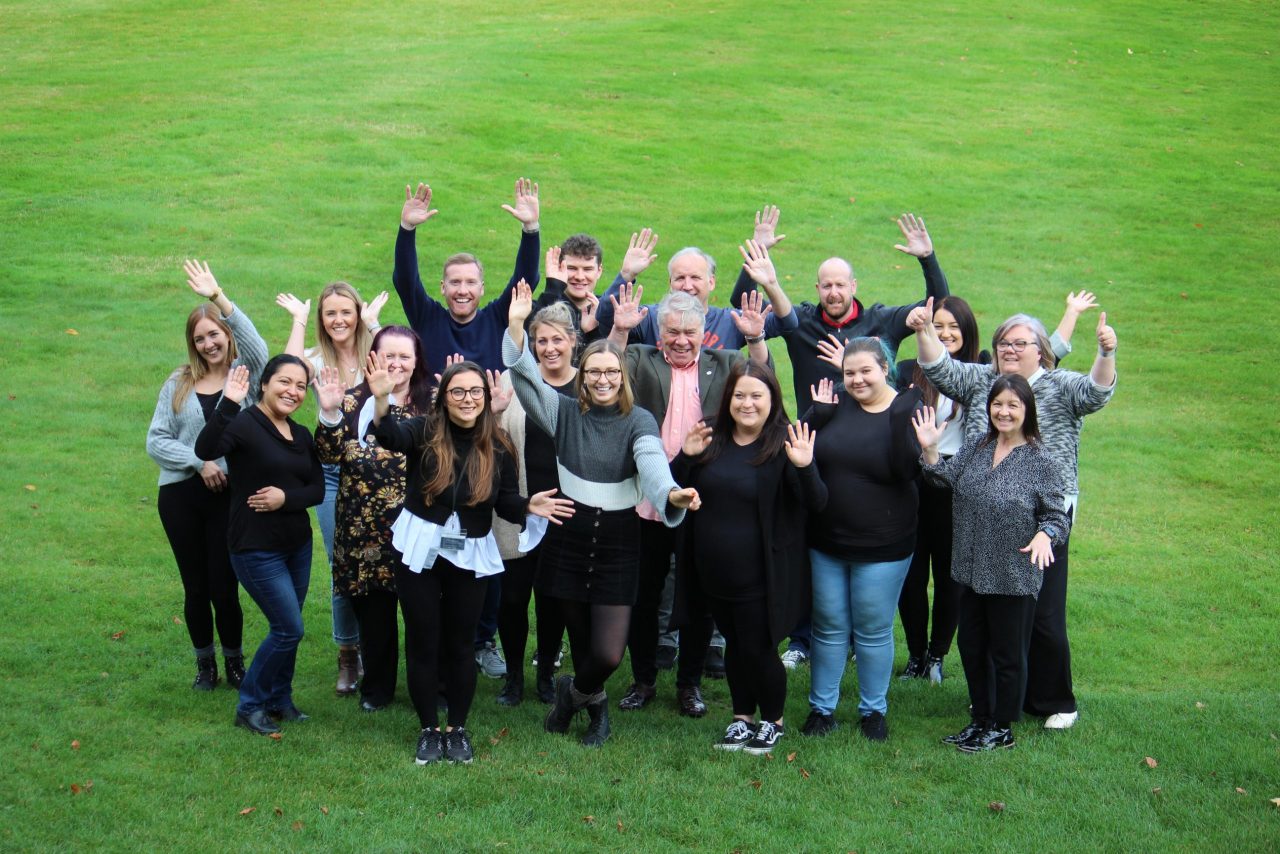 RUN annually by the Scottish Council for Voluntary Organisations (SCVO), the Scottish Charity Awards celebrate the best of Scotland’s voluntary sector, The Larder being one of them.

The Larder are a finalist in the Charity of the Year category for organisations that had an exceptional year and showed excellence in their impact.

The Larder, located within West Lothian, supports young people and adults through employability and food insecurity projects to ensure that we see a Scotland without hunger and for every person, regardless of their start in life, to reach their full potential.

Despite the continued impact that the Covid-19 pandemic had on Social Enterprises such as The Larder, they continued to grow and develop, experiencing continued success in a time of worldwide adversity; having an exceptional 2021. They were able to grow as an organisation, welcoming 7 new employees, became a Living Wage Employer and were recognised with 5 awards, winning the Living Wage Scotland, Newcomer Award and being named as ‘Highly Commended’ for the SURF Awards Youth Employability Category and Charity of the Year in Social Enterprise Scotland’s Awards.

The Larder was able to continue their life-changing services and in turn, engaged with 212 young people through employability training as well as supported 427 food insecure individuals with the delivery of meal support. This success and continued evidence of their incredible impact and services demonstrate the passion and determination for change The Larder has for their community and is the reason for their continued and current recognition at award level.

“It’s very humbling being nominated for these awards as it recognises the hard work of the whole team who have worked incredibly hard to support so many people in West Lothian living in poverty and experiencing multiple and complex barriers. Our team have been innovative and developed new partnerships to ensure that we have been able to continue our support. Being a finalist for these awards has given us even more encouragement to continue developing our projects and working with our community.”

This year’s shortlist includes 44 individuals and organisations from charities and voluntary groups across the country. While a judging panel will determine the winners under nine distinct categories, members of the public can have their say by voting for their favourite overall entry in the People’s Choice Award – by visiting scvo.scot/vote – before 5pm on Friday 20 May 2022, in which The Larder are requesting your vote!

“The Scottish Charity Awards are a unique opportunity to celebrate the fantastic work of charities, community organisations and social enterprises across Scotland. The entries this year are as fabulous as ever and the 44 finalists come in all shapes and sizes. Every one of them is making a huge difference – they make Scotland a better place to live and I’m very much looking forward to meeting them in June. This is your chance to vote for your favourite in the People’s Choice Award, so please offer your support.”

Following two years of restrictions and online ceremonies, the 2022 Scottish Charity Awards winners will be announced on 15 June at a glittering awards ceremony hosted by BBC’s Sally Magnusson at Glasgow’s Crowne Plaza hotel.

To find out more about The Larder’s services, you can head to their social media pages @LarderTraining or their website www.thelarder.org.