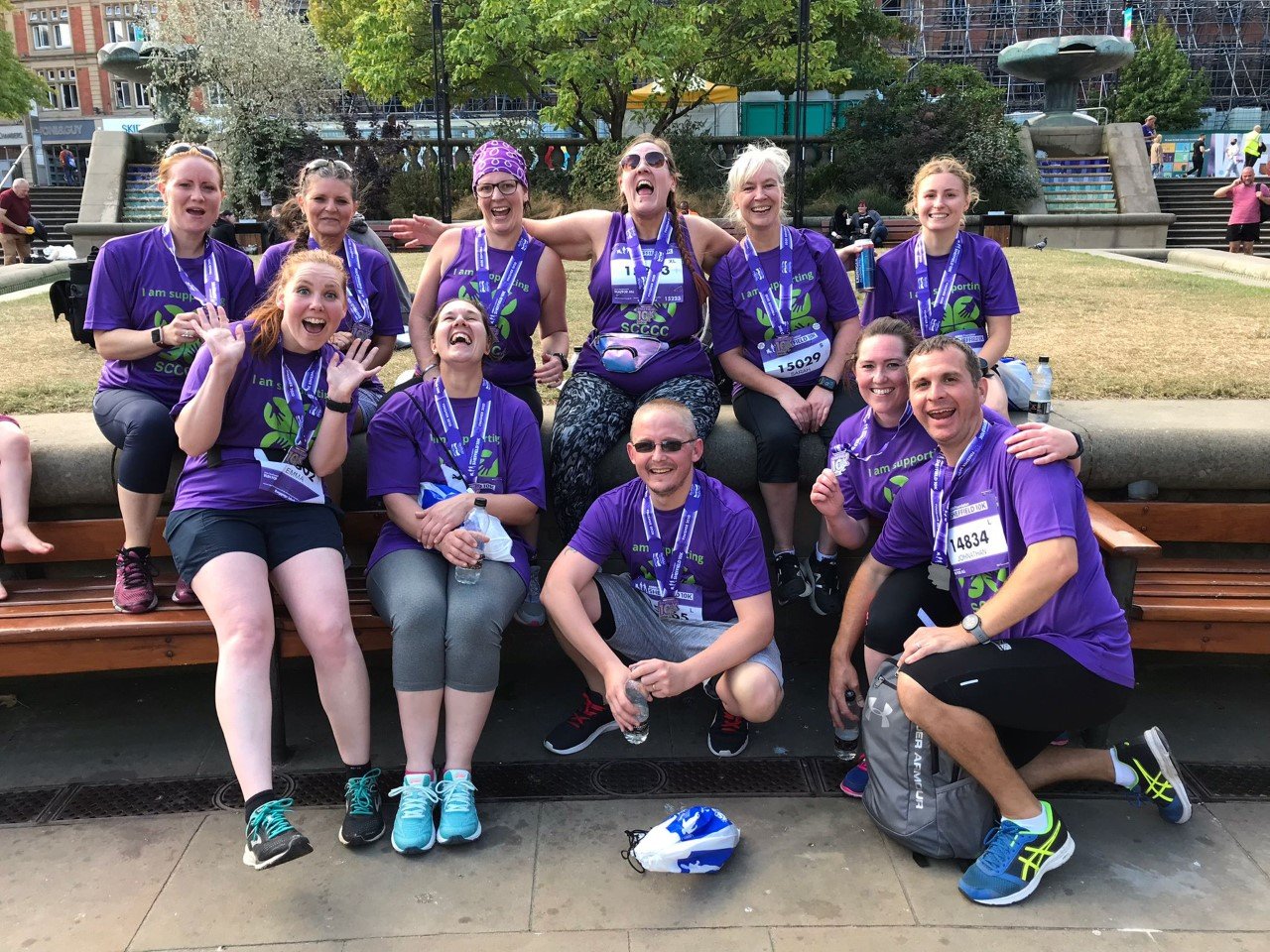 RUNNERS raised thousands of pounds for one of Sheffield’s leading older persons’ charities, by joining forces for the city’s flagship race.

Most were running novices but were inspired to enter the race having seen first-hand the life-enhancing support SCCCC provides to older people- many of whom have nowhere else to turn.

Karen Redfern Hospital to Home Team Leader was the driving force behind so many of the charity’s staff taking part. She said:

“Most of us taking part had never done a 10km before today, but we were all up for the challenge! We have been training for most of the year, and it has been really good for team building.

“I’m so proud of the SCCCC family who ran to raise money for us today. Everyone who came to cheer also really made a difference. We were all just pleased to finish and be part of such an amazing team.”

SCCCC also had four runners take part in the Sheffield Half Marathon, taking the fundraising total up to £4,000.

To donate to the team, please visit: www.scccc.co.uk/donate.