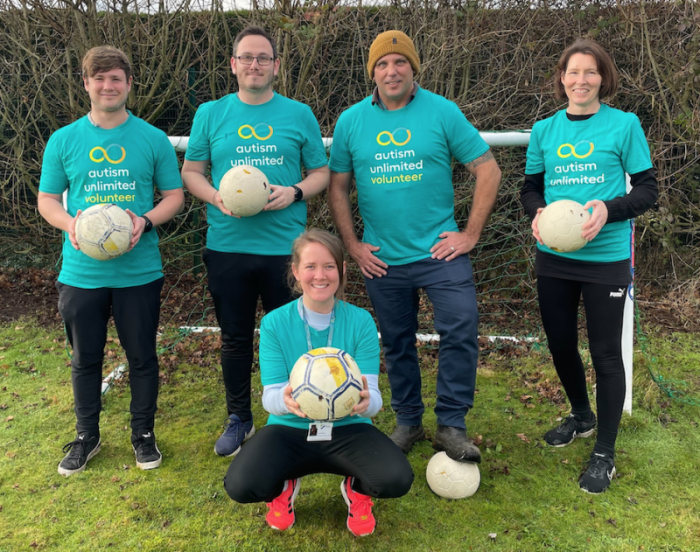 FIVE football fans from Autism Unlimited in Christchurch are undertaking a whistle-stop tour of 92 grounds in 92 hours to raise awareness of autism and their charity.

The team will give up part of their Easter holidays to drive 2400 miles between the top 92 football clubs in the Premiership, Championship, League One and League Two.

Their journey begins at Portfield School at 4pm on Wednesday 20 April, with the team’s first stop at St Mary’s Stadium, home of Southampton FC.

Eating and sleeping en route, they plan to spend only 10 minutes at each of the 92 clubs, pausing long enough to grab a quick picture and report on their progress, before travelling on to the next ground.

They will document their journey on social media as they go, ending their epic adventure at AFC Bournemouth at 11am on Saturday 23 April, prior to the scheduled match against Fulham FC.

“We all love football. We love watching matches, going to home games and travelling to away games. We chat in the staff room at Portfield School and it’s usually about football! So, when it was suggested that we should drive to each football ground in the top four divisions in 92 hours, we thought: ‘Why not?’

“People will be able to follow us on Facebook and we will aim to ‘report live’ from each stadium as we reach it. Everything is sorted – we have transport, the route to follow and a schedule to keep to. We also have the drive and energy to help raise both awareness of Autism Unlimited and raise money for the charity to help it continue its amazing work.”

The 92 in 92 team hopes to attract both individual and corporate sponsorship through its efforts and have set themselves an ambitious target of £92,000.

“It will be great fun. But what matters most is improving awareness about autism and raising money which will allow Autism Unlimited to invest in existing and new services for the autistic community.

“We hope that clubs along the route will support the 92 in 92 team and we have also set up a JustGiving page, so people and organisations can easily donate and support us.

“Please give what you can today, share our challenge around your networks and talk to your friends. We have a huge target of £92,000 to raise!”

“I am so proud of these guys taking on this amazing challenge. They are giving up much of their own precious personal time. But they are a superb team and will make the most of it every mile of the journey. They all make a huge difference to young lives, not only teaching and supporting students of Portfield School, but also supporting Autism Unlimited and raising money to help develop new services for autistic people.

“The 92-ers are combining two of their huge passions – football and autism awareness. Football, and exercise generally, is so beneficial to autistic people in social communication, mental and physical wellness. Football can be more accessible for fans who have sensory needs and many of our students are dedicated supporters.

“I really hope that everyone gets behind them and shows lots of support, helping them to reach their target. I wish them safe travels as they criss-cross England and South Wales.”

The team can be sponsored at: www.justgiving.com/campaign/AU92in92Challenge.

Any companies wishing to support the team can have their logos featured on the team’s social media. For more information, please email: fundraising@autism-unlimited.org.