John the Lyon on a special “safari tour” to surprise children 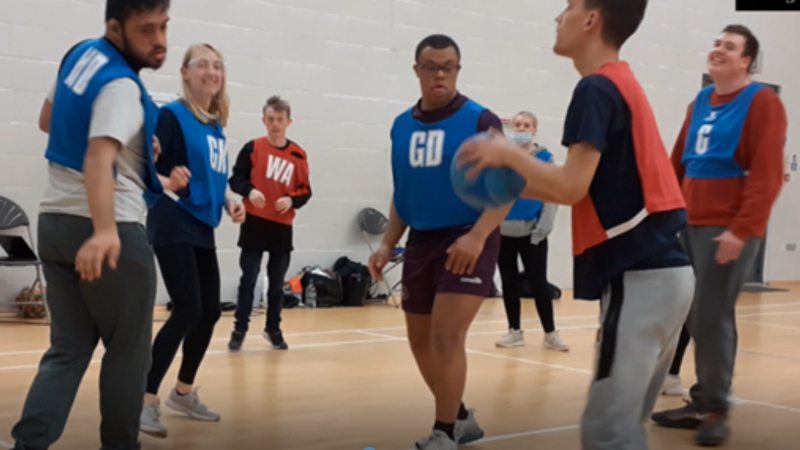 At Talkback, we aim to give our members with autism and learning disabilities the same opportunities as everyone else. Blended Netball, an innovative initiative from England Netball, has epitomised this ethos and allowed us to do just that, unlocking so much potential in all involved.

Victoria Coyle, England Netball Developmental Officer for Buckinghamshire, was inspired by what she saw, she said:

“This really is truly wonderful, so amazing to see everyone enjoying the sport, playing together and having fun.”

It starts with fun games, a layered approach with a new skill incorporated each week, culminating in a proper netball match and with a wide range of abilities, care is taken to include everyone.

“The big joy is seeing them play in a team, to see how they fit with each other, the sheer buzz of celebration.” 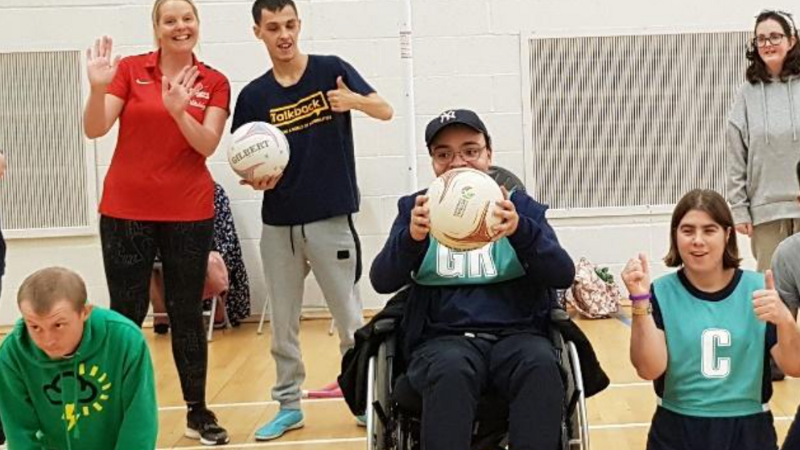 Funding from Parasport and Sport England has enabled Talkback to purchase the necessary equipment and empowered the continuation of netball provisions for our members. After the success of the Sports and Good Health Group (pictured above), the sessions have now been extended to our Women’s Group, along with the Skills for Life and Personal Social Development Groups. Under the tutelage of Tracey Vincent and Stacey Wilson from Netball England, we are now running sessions across our Aylesbury and Wycombe locations. Netball is here to stay!

And that’s not all! The upskilling of Talkback’s own staff and member coaches continues, and Gemma and Sandy are really driven to keep it going. The development of hand/eye coordination, teamwork, improved ball skills, and increased confidence helps with other sports too. Netball England’s model has been so successful at Talkback, that we will be using it for further initiatives, including cricket and soft tennis.

Now that’s a goal to shoot for!

“The team is like being part of a family. In netball, we stick together with our friends.” – Daryl.

“It makes me feel happy inside. Netball is fun, I love everything.” – Joel.

“It keeps me well and relaxed and well organised. I have to think more about where I need to be. Having Vicki put the net lower helped me to score (in a wheelchair).” – Michael.

ShelterBox responds to worst drought in East Africa for 40 years