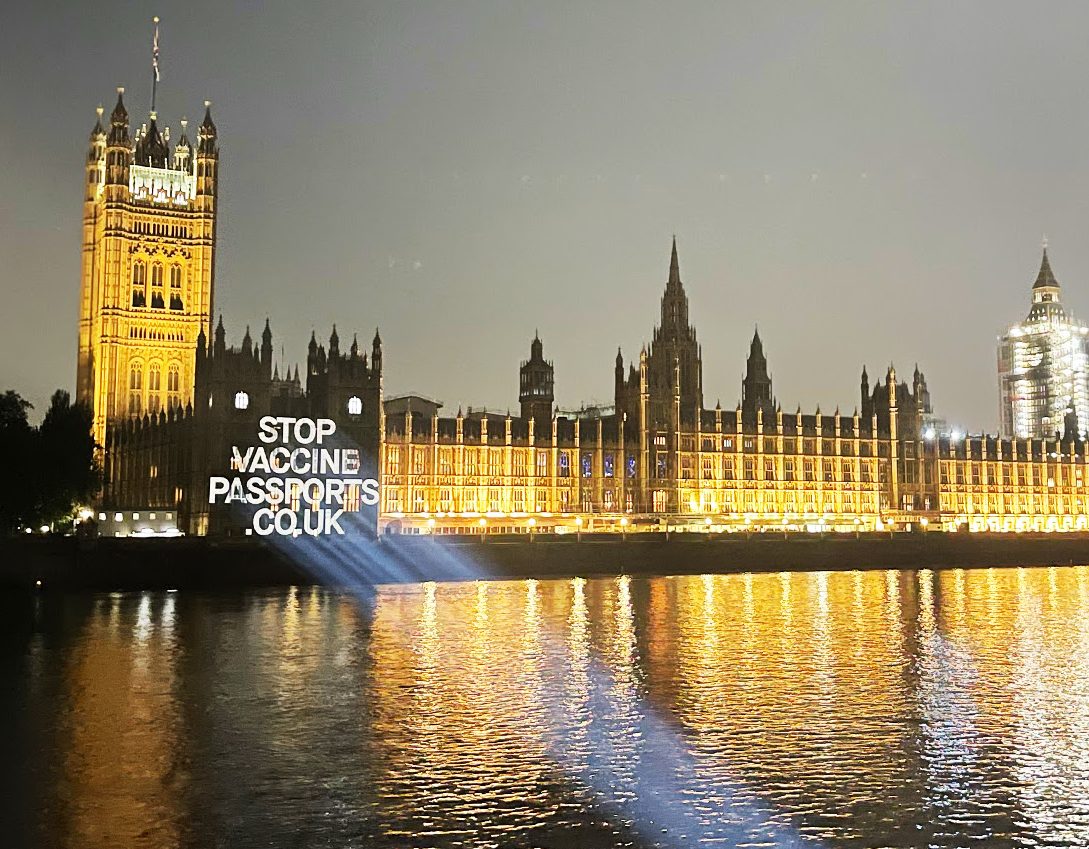 This week, civil liberties and privacy campaigners made their feelings known to the UK’s parliamentarians after the Government vowed to introduce mandatory vaccine passports despite growing opposition.

It comes as Big Brother Watch, a non-profit group of civil liberties campaigners, projected some anti-passport messages onto the side of the Houses of Parliament.

The subject of vaccine passports has been highly contentious in society, business, and the hospitality sector. 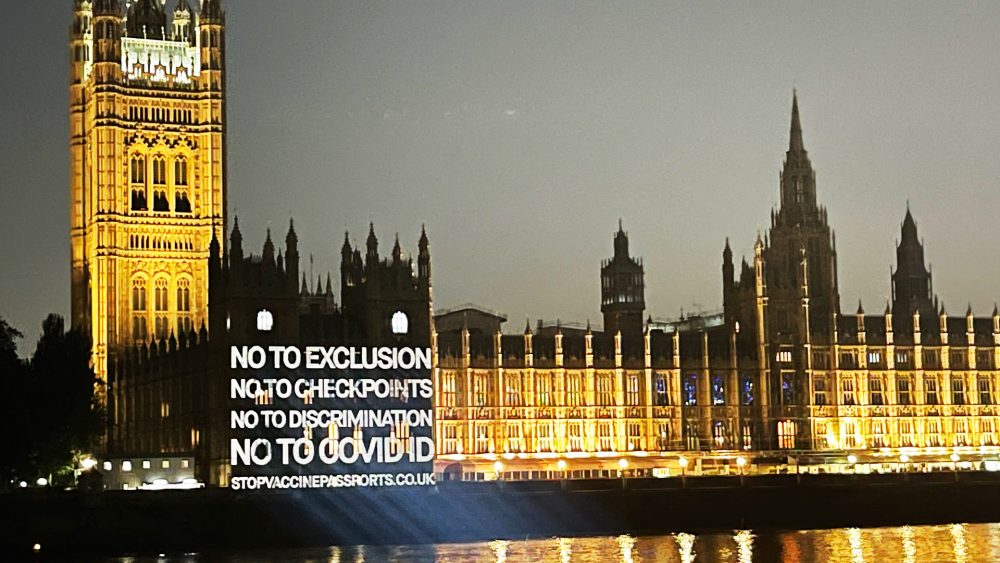 “The Government came back to Westminster vowing to introduce mandatory vaccine passes for nightclubs, festivals, conferences and other large events.

“Shockingly, the Scottish Government has announced the same.

Charity Today’s very own Executive Editor Lee Rayment, the founder of the national charity campaign UK Charity Week, has waded into the debate. 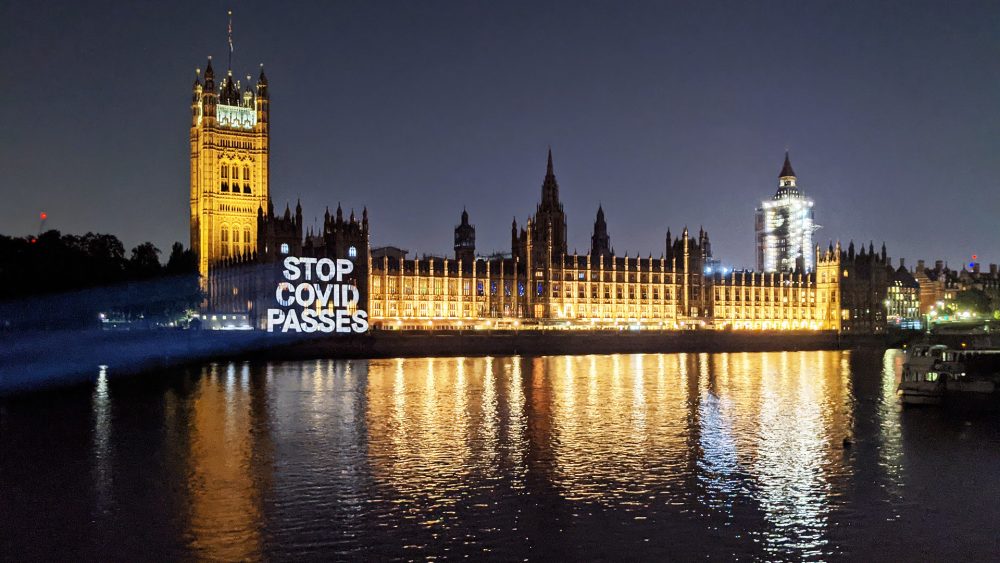 “Throughout the last 18months, the messaging has been highly contradictory. As a result, the public has lost a lot of trust and confidence in politicians. Moreover, I find the lack of public debate and genuine opposition opposite the despatch box very disturbing and frustrating. The public does not have any voices speaking out for them in parliament.

“We have got this far without such draconian measures, football matches have been open, the G7 partying on beaches, politicians clubbing, of course, the Olympics and Euros, to name only a few. In all honesty, what is this likely to change other than people’s right to live freely. Let’s see a proper debate!”

Big Brother Watch is a fiercely independent, diverse, non-partisan and non-profit group of campaigners and researchers who work to roll back the surveillance state and protect rights in parliament, the media or the courts.

Big Brother Watch is crowdfunding their campaign work. When necessary, the group says they will launch a legal challenge to stop what they say is extremely divisive and discriminatory COVID passports.

The public campaign has reached £155,146 at the time of publication, with thousands of supporters from all backgrounds contributing to the group’s efforts.