Specialist autism school student takes his talent to the stage 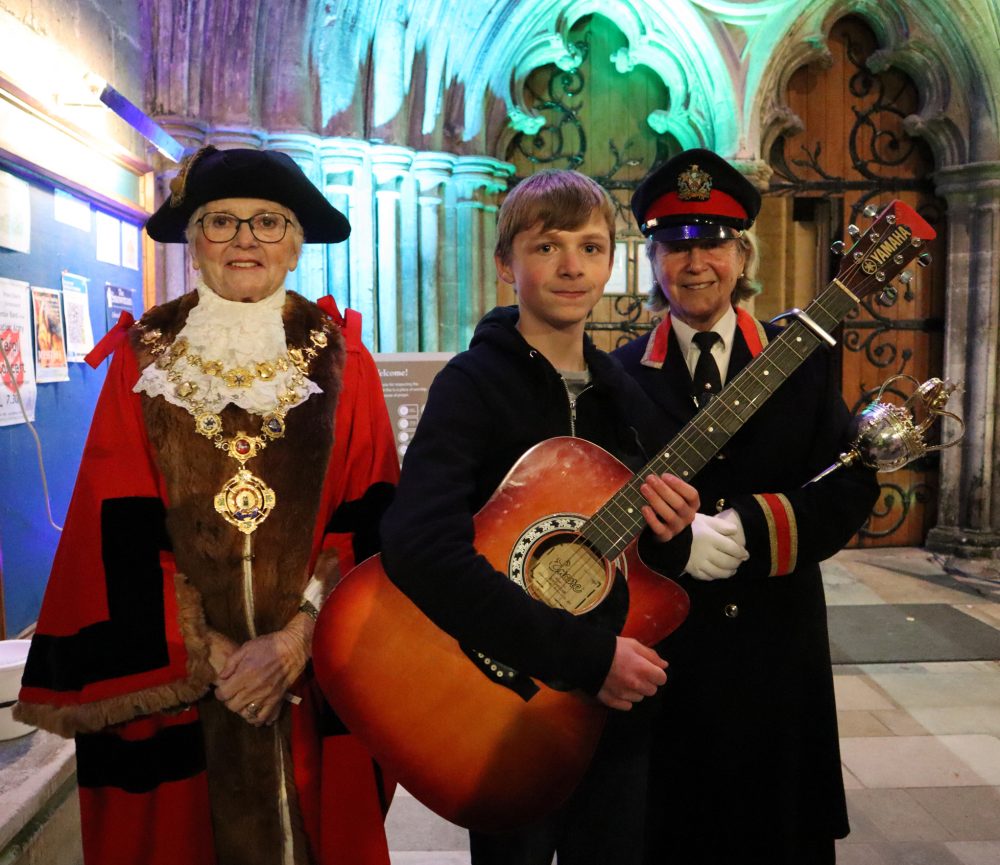 A 15-year-old boy who taught himself to play the guitar has performed on a public stage for the first time to an audience including the Mayor of Christchurch.

Leon Lunn, 15, is a sixth form student at Portfield School in Christchurch.

Portfield School is owned and operated by the charity Autism Unlimited and provides specialist teaching and care for students aged 4 to 19 who hold an autism spectrum disorder diagnosis (ASD).

Leon, who is a fan of the singer-songwriter Ed Sheeran, spent a year teaching himself to play the guitar using YouTube videos.

He cannot read music but says he is able to correctly guess the notes of songs if he listens to them on the radio.

Leon’s teachers at Portfield School were so impressed by his playing and singing voice, they invited him to perform at the Autism Unlimited Christmas Concert at the Christchurch Priory last month.

He said: “I’ve sung and played in front of people at school before, but never in public.

“I chose to perform Perfect, which is one of Ed Sheeran’s biggest songs. I wasn’t really nervous. Even though there were a lot of people there.

“The Mayor and Deputy Mayor and lots of other people said they really enjoyed it.

“Now my sister has asked me to play at her wedding this year, so I am now practising for that.”

Jemma Dudgeon, the headteacher of Portfield School, said: “Leon is a talented performer and when he took to the stage at the Priory everyone was absolutely bowled over.

“Autism means people might perceive the world and interact with others differently, and Leon like many of our students sometimes overcomes huge obstacles to do things many of us take for granted.

“He spent almost every day for a year taking online tutorials to learn how to play the guitar and it now goes everywhere with him. We feel privileged to be able to nurture and enjoy his talent.”

Jemma continued: “Leon says he would like to become a professional performer and who knows? – he certainly has the determination to make this a reality.”