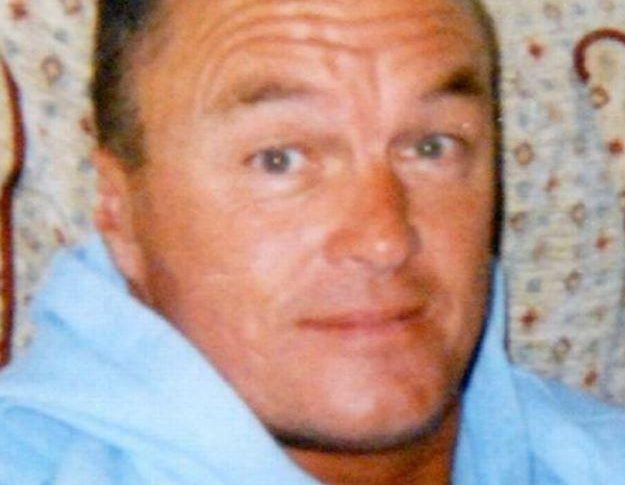 The twin sister of a man murdered in a South Shields car park 15 years ago today has made an emotional call for help as police release a new photograph of the main suspect.

The charity Crimestoppers is renewing its appeal, offering a £5,000 award to anybody who comes forward with evidence that leads to Allan Foster’s arrest.

He’d been duped into going to the place under false pretences, utterly oblivious of what was about to happen.

Two men quickly left the scene after the shooting. The father of seven was taken to hospital but sadly died.

A search was conducted to find the killer, and Allan Foster, a friend of David’s from South Shields, was quickly named the prime suspect.

He is thought to have escaped to Spain in the days of the deadly shooting and has been one of the UK’s most wanted criminals ever since.

Steven Bevens of Birtley was apprehended and sentenced to life in prison for his part in the murder in 2007. Driver Derek Blackburn of Market Rasen, Lincolnshire, was sentenced to two and a half years for aiding an offender.

Since then, efforts to locate Allan Foster, who is now 45 years old, have continued.

Shirley Rice, David’s sister, has spoken out on the effect his murder has had on her family on the 15th anniversary of the deadly shooting, and she has asked those with evidence to come forward.

She said: “It’s been 15 years since I last saw or spoke to my brother and not a day goes by where I don’t wish I could speak to him.

“It’s awful to think there are people out there who are deliberately keeping information to themselves which could ultimately give me and my family closure.”

“The victim’s family deserve to see justice for David. People may have known something but have so far been afraid to come forward. However, Crimestoppers, as a charity independent of the police, is here to support you. We will take your information, and no one will ever know that you contacted us.

“We have kept our promise of anonymity since the charity was formed in the late 1980s. Millions of people have trusted us, and I hope you will too. We ask you to be brave and pass on any information you may know, however small. Please make the call on freephone 0800 555 111 or use our simple and secure anonymous online form at Crimestoppers-uk.org. Thank you.”

A direct line into the Major Investigation Room can be contacted on 0191 437 4999 or upload information to the Major Incident Portal online. https://mipp.police.uk/