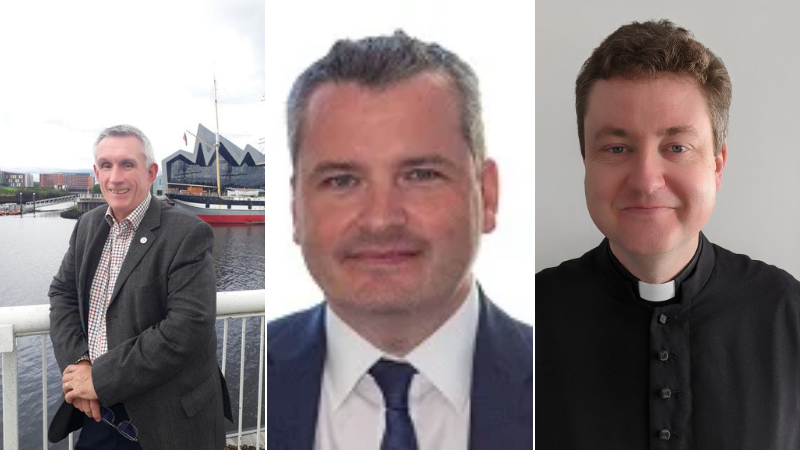 GLOBAL maritime charity Stella Maris (formerly known as Apostleship of the Sea) has appointed three new Trustees as the organisation forges ahead with its work supporting seafarers and fishers.

Their appointments help bolster Stella Maris’ work in the United Kingdom and abroad as COVID-19 continues to impact the lives of many ship crews and their families.

“We welcome the new Trustees and thank them for their availability and commitment to serve Stella Maris. With Fr David, James and John, the Board reaches its full composition bringing together high calibre professionals from different backgrounds fully committed to advance the mission of Stella Maris into its next centenary.”

Former seafarer Captain John Hood is responsible for Advocacy at The Seafarers’ Charity (formerly Seafarers UK) and is chairman of the Merchant Navy Welfare Board Port Welfare Committee for West and Central Scotland.

Fr David Burke is a Catholic priest with the Westminster Archdiocese and is Parish Priest of Sacred Heart, Berkhamsted and Corpus Christi, Tring. He previously worked as port chaplain for Stella Maris in the ports of Hull and Goole.

James Brennan is Portfolio Director in the Charity team at Cazenove Capital and has served on Stella Maris’ Board in the past.

“I am proud and humbled to be joining this wonderful charity as a Trustee. As a retired seafarer, I have seen the care and compassion of Stella Maris clergy and lay teams throughout the world acting as ‘Good Samaritans’ to the people of the sea in so many ways.”

“It is a great privilege and honour to be invited to be a Stella Maris Trustee. I joined the charity over 17 years ago as a lay chaplain in the ports of Hull and Goole, and it is with great joy that I return to Stella Maris.

“The work of Stella Maris through its chaplains, ship visitors and volunteers is often demonstrated in immediate, small and seemingly insignificant ways, which nevertheless are crucial for the wellbeing of the seafarer and their family. Please continue to support and pray for the seafarer, Stella Maris and this vitally important ministry.”

“Having worked with the organisation since 2011 in various guises, I am delighted to be back as a Trustee of Stella Maris. I hope to build upon the excellent work done by the organisation in recent years and use my strategic and financial experience to help drive Stella Maris forward.”

The full list of their Trustees can be found at: https://www.stellamaris.org.uk/trustees/.