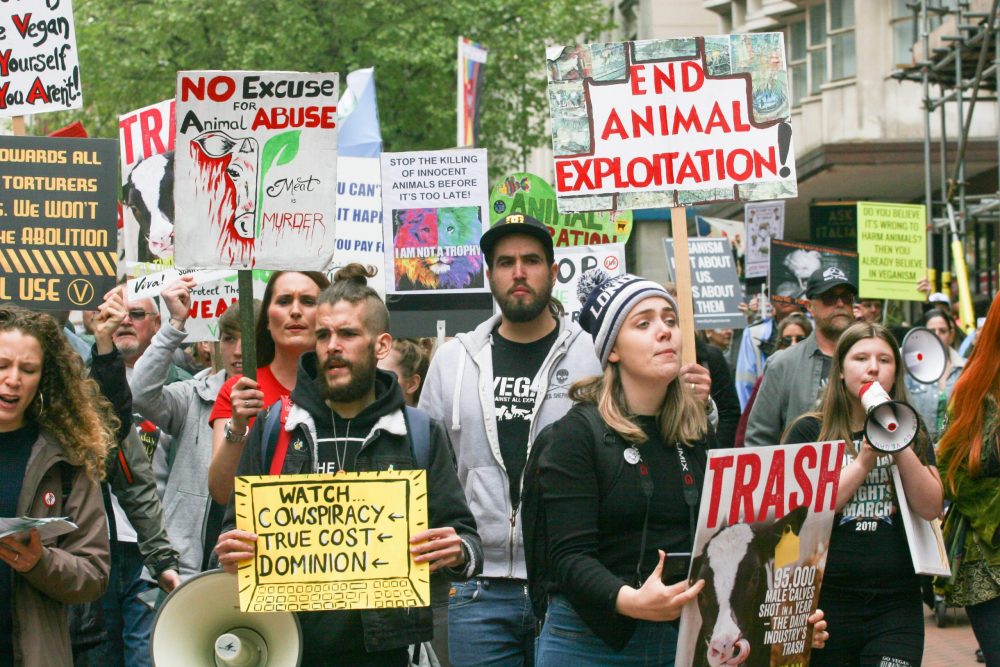 As Home Office figures on lab animal use, published this week, reveal a decrease in overall animal numbers due to lockdown restrictions, the RSPCA calls on the Government to commit to a clear strategy for phasing out the use of animals in research and testing in the UK.

A new RSPCA report makes several key recommendations to drive forward the reduction, replacement and eventual end of the use of animals in experimentation, including:

The report follows a debate led by the RSPCA and many leading scientific and industry experts exploring a realistic phase-out plan for animal experiments for the UK. It comes as a new regulatory approach by the Home Office began this month, which could lead to the biggest change in 35 years as animal research is regulated in the UK.

The Home Office’s ‘Change Programme’, which took effect at the start of July, radically changes how establishments using or breeding lab animals are assessed, inspected and regulated. For example, establishments will no longer have designated Inspectors and visits to labs may become less frequent. Many people – both within and outside the scientific community – have significant concerns that these changes, and the way they are implemented, could undermine the progress made for lab animals in recent decades.

Dr Penny Hawkins, head of the animals in science team at the RSPCA, said:

“For years, the Government has taken every opportunity to proudly tell the public that the UK legislation in this area is ‘the strictest in the world’. The RSPCA is extremely concerned that this much-vaunted status is under threat as the existing regulatory system is dismantled and replaced. This would be a very unwelcome outcome from a Government that has stated its desire for the UK to have ‘the highest standards of animal welfare’. Lab animals must not be left behind or forgotten.”

The Home Office statistics released today show that in the UK during 2020:

These figures represent a decrease from 2019 because many research programmes could not go ahead in 2020 due to the pandemic and lockdown restrictions. Some animals would have been used within research to develop vaccines and treatments for Covid-19, but these are not listed separately in the report. Animal experiments are done for a wide range of purposes, many of which are not related to understanding or treating diseases.

Avoiding and reducing animal use

Dr Hawkins said the Government needed to go further and faster and not be left behind other countries in ending the use of animals in research and testing.

“As one of the world’s largest lab animal users, the UK has a responsibility to lead the agenda on phasing out animal use – but we are currently in danger of being left behind by the scientific ambition and leadership of other countries. This lack of commitment is not good enough. The Government’s new ‘Action Plan for Animal Welfare’ includes just a single sentence on lab animals, with nothing new to offer. This is even though public concerns are consistently high, with three-quarters of people in the UK agreeing there should be more research into humane alternatives.

“A strategy for phasing out animal use is not about stopping important research; it is about reducing and avoiding the negative impacts – lab animal use and suffering. The RSPCA wants to see a clear statement and commitment from the Government that phasing out animal experiments is a legitimate and desirable goal. And much more investment will be needed in developing, validating and using Non-Animal Technologies.

“The Government has recently published a ‘bold new Life Sciences Vision’, but if it is serious about being a global science superpower, it must recognise the sound scientific and ethical reasons to actively move away from using sentient animals in experiments that can cause them pain, suffering and distress.”

The RSPCA is right to lead the charge for the Government, leading funders and investors in the UK to speed up the move to the use of non-animal technologies in science. Make it a priority, and it can happen, but it needs bold and ambitious leadership, which this government could deliver.