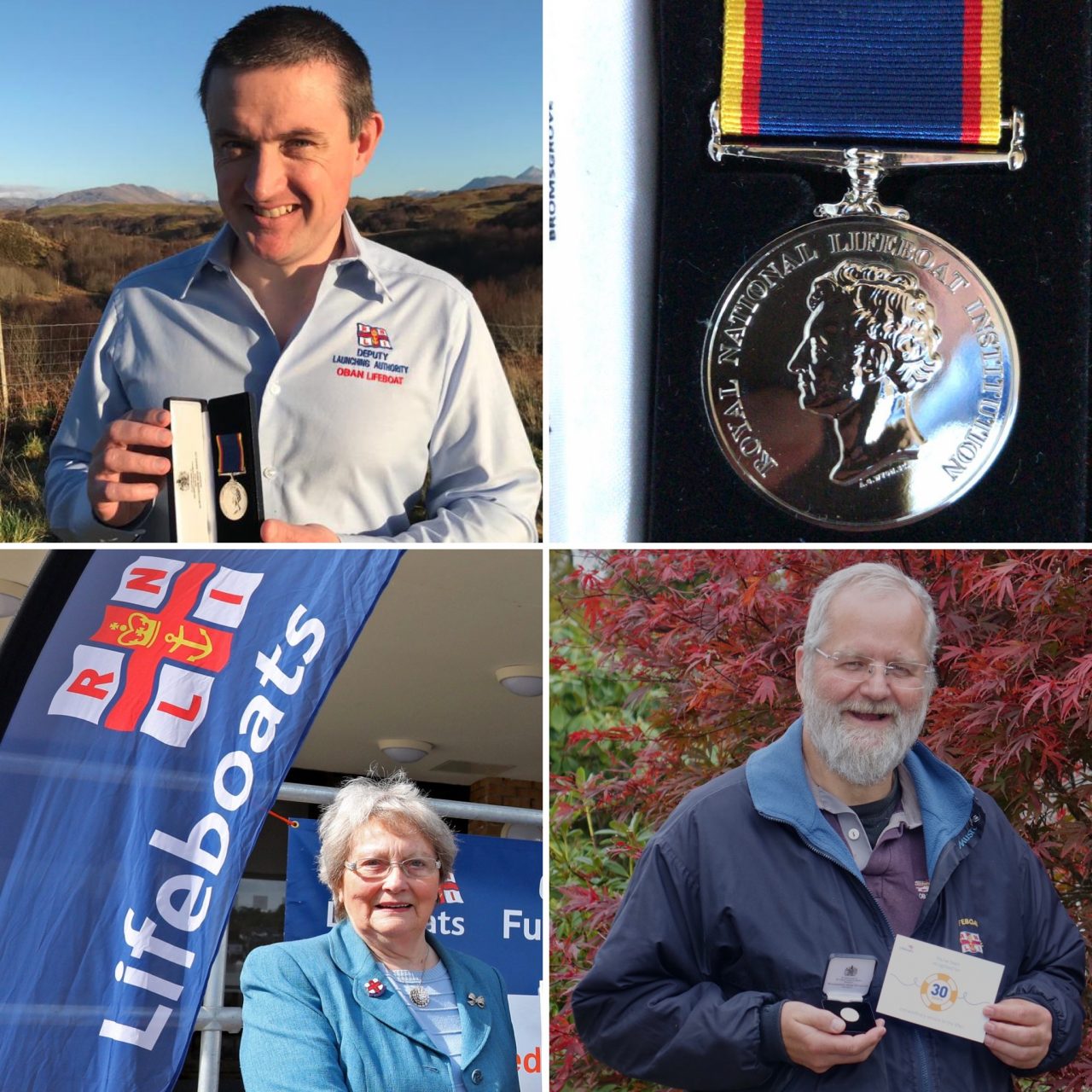 THE Royal National Lifeboat Institution (RNLI) has recognised some of its longest-serving volunteers who together have racked up more than 39,000 years of work for the lifesaving charity.

A total of 1,400 people were awarded the newly commissioned medals for reaching the landmarks of between 20 to 60 years of service during 2020.

Together, their combined total was a staggering 39,750 years of commitment to saving lives at sea, in various roles from the shore to the lifeboat.

“We have known of the courage and commitment of our volunteers ever since the RNLI was founded in 1824.

“There were 1,400 recipients last year for our new long service awards – 10 extraordinary people were honoured for more than 60 years of service, and 78 people have been hard at it for over 50 years.

“In total, the collective service of all those recipients stretches to more than 39 millennia of lifesaving and community work, which is just mind-boggling and I cannot thank them enough for their decades of unwavering commitment.”

Last year, the long service awards were brought to recognise volunteer’s cumulative service across the various roles many have performed for the RNLI – from lifeboat and shore crew to fundraising, water safety, and education.

Oban RNLI was among those celebrating their achievements with seven of their volunteers reaching medal milestones totalling 220 years of service to the Scottish lifeboat station.

Peigi Robertson and Mary Lamont both reached their half-centuries, while crew members Ian Henry (30 years), Barry MacTaggart (20) and Ian Stevenson (20) along with Deputy Launching Authorities Colin Wilson (30) and Iain Fulton (20) were also recognised for their years of selfless volunteering.

“So much has changed over the years, but the camaraderie within the lifeboat family never changes. I’m always amazed at the generosity of the public, too – if anyone deserves a medal, it’s the people of Oban.”

“I feel inspired by all of our volunteer’s efforts and I cannot wait for the time to come again when I can visit our lifeboat stations, fundraising shops and museums around the UK and Ireland to meet the incredible people who make the RNLI what it is.”

A full list of the 2020 recipients can be found here