Research into asbestos cancer welcomed by family who lost grandfather

THE family of a man diagnosed with mesothelioma, a rare form of lung cancer caused by exposure to asbestos, have welcomed discovery research into the disease, funded by Worldwide Cancer Research.

Malcolm Batey Moore, 81, a mechanical engineer in the merchant navy, received the terminal mesothelioma diagnosis in September 2020, and his family was initially told not to expect him to make it to Christmas. Mesothelioma is often diagnosed very late on in the disease when treatments such as radiotherapy and chemotherapy are ineffective, and there were no treatment options available to Malcolm. 13 months later, Malcolm passed away in October 2021.

His family have welcomed the investment into potential new treatments for mesothelioma, which is being led by Dr Carsten Hansen at the University of Edinburgh.

The project, awarded £194,318, by the charity, aims to study in detail the mechanisms that cause mesothelioma and ultimately identify new ways that this type of cancer could be treated.

The hope is that this discovery research will lead to improved treatments for pleural mesothelioma, for which there is currently no effective treatment – giving hope to those affected by the disease. 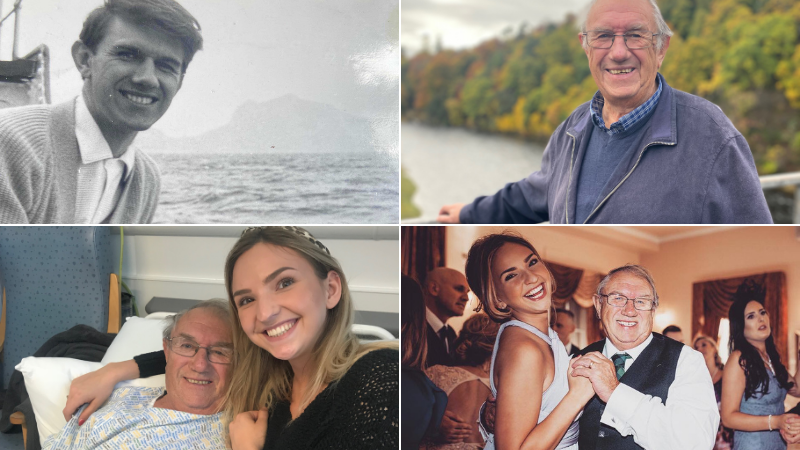 Around 200 people in Scotland are diagnosed with mesothelioma each year and there are around 170 deaths. Only about 15% of men and 30% of women survive for more than 5 years after their diagnosis.

“When he was diagnosed in September 2020, he was told that no treatment was available to him, or at least nothing that would’ve left him with any quality of life. The additional risk of COVID-19 meant that he spent the last year of his life almost under house arrest.

“Every two or three days, he was having to have a litre of fluid drained from his lungs; the nurses were great, but there was nothing else they could do for him. This cancer stays dormant in the lungs for so long, by the time it’s found there’s no hope. The doctors initially told us we wouldn’t have him until Christmas 2020, but fortunately, we had 13 more months together.

“Mesothelioma doesn’t discriminate, and even though we’re more aware of it there’s still asbestos around us, so we need to see more research into the disease. Currently, there are no treatments for mesothelioma, so research like Dr Carsten’s provides so much hope to families like ours affected by the disease. If Dr Carsten’s research had happened 20 years ago, we could’ve had many more Christmases with my grandad, and perhaps he’d have even seen himself become a great-grandfather.

“The focus of my research is on a deadly type of cancer caused by exposure to asbestos, Scotland still has a disproportionately high number of asbestos-related deaths, something that is particularly evident in its former shipbuilding communities.

“The research journey is a long one, taking around 20 years for an idea to become a drug that benefits people. Before a life-saving treatment is available at the hospital before clinical trials are launched to test a new drug in people, before a decade or more of laboratory research is conducted to make sure we know as much about the treatment as possible – there are ideas. Ideas and discovery research will lead us towards new and better ways to prevent, diagnose and treat cancer.

“Thanks to Worldwide Cancer Research’s Curestarter community and the fundraising of families like Malcolm’s, we can bring everyone closer to a day where no life is cut short by cancer.”

For more information about Worldwide Cancer Research or to find out how you can help start new cancer cures, please visit: https://www.worldwidecancerresearch.org/support-us/donate/.