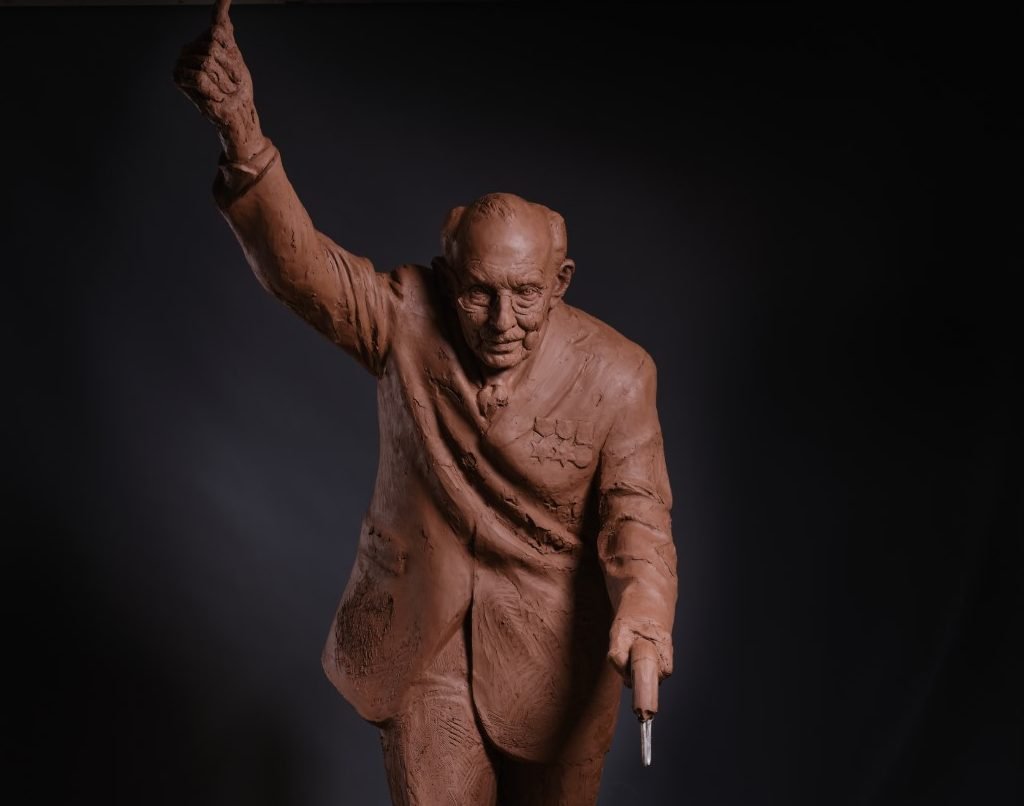 It’s hoped that patients at Chapel Allerton Hospital in Leeds will be inspired on the road to recovery by a new 2-metre-high bronze statue of Captain Sir Tom Moore.

The statue is being gifted to Leeds Hospitals Charity, partner to Leeds Teaching Hospitals, by Yorkshire-based sculptor Andrian Melka.

The bronze piece will show the late Captain Tom with his thumb raised as he completed his 100th lap of his garden to raise money for the NHS. Leeds Hospitals Charity has received over £670,000 from NHS Charities Together so far, donated from Captain Tom’s fundraising.

Sculptor Andrian Melka is donating his time to make the piece and crowdfunding to cover the costs of casting it at a foundry in London. He said:

“The response from people has been amazing. We’ve already managed to raise £19,000 thanks to the generosity of family, friends, companies and members of the public. We now just need to find the final £9,000 before the project closes on 11th April.”

The final resting home for the sculpture is hoped to be a courtyard garden at Chapel Allerton Hospital that is currently undergoing refurbishment. Patients treated here are often facing long periods of recovery after very serious illnesses, so it is hoped the new garden, complete with the new statue, will provide a contemplative place to rest and recuperate.

Charity Chief Executive Esther Wakeman said they were delighted to hopefully be receiving the statue:

“Capt. Sir Tom was such an inspiration to so many people, and as a proud Yorkshireman, we hope he’d be pleased with having such a fitting tribute to him here in Leeds. When it’s complete, we hope the garden spaces will provide a calming space for both patients and staff, and the sculpture will be a wonderful finishing touch.”

To find out more and donate, please visit: https://www.crowdfunder.co.uk/creating-a-bronze-statue-of-captain-sir-tom-moore#start.