Record-breaking amount of free water on offer at Commonwealth Games 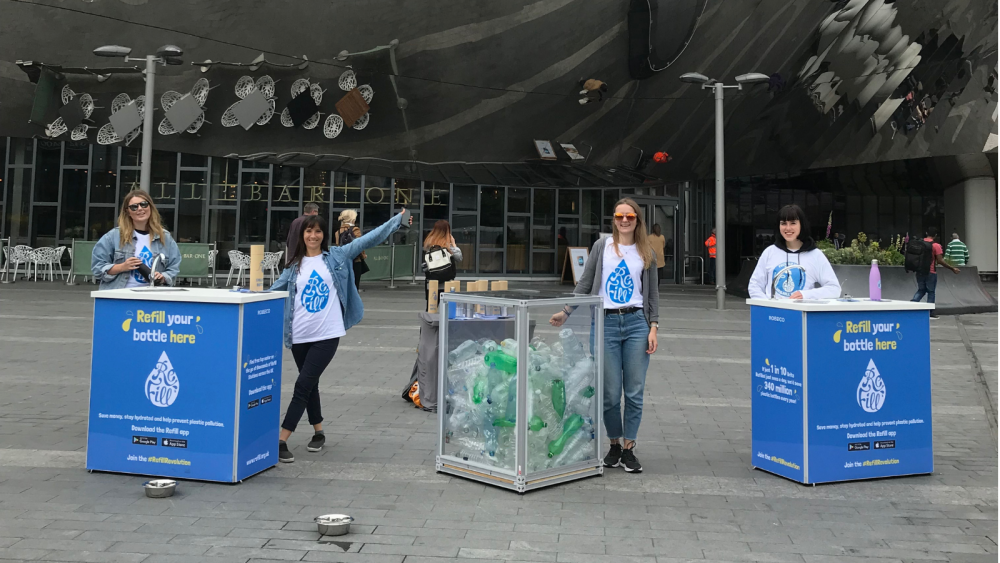 Sports fans are being encouraged to make the most of the ‘record-breaking’ amount of free-drinking water available at the Birmingham 2022 Commonwealth Games by City to Sea, the not-for-profit behind the award-winning Refill Campaign.

Across Birmingham, there are over 500 (515) Refill Stations – places to fill up your water bottle for free – mapped on the award-winning Refill app. In addition, Seven Trent water has unveiled an additional 41 ‘pop-up’ water refill stations in operation at venues including Alexander Stadium, Edgbaston Stadium, the NEC and Birmingham University during the games. This means there is more free water being available to sports fans in the city than ever before.

The Commonwealth Games will take place between the 28th July and 8th August and will see 6,500 athletes visit the city with over a million tickets sold for the events and 41,000 volunteers. City to Sea estimates that if just one in ten of the expected visiting sports fans refills a water bottle just once on their visit, over 100,000 single-use plastic bottles could be saved.

“This year fans have a record-breaking number of places to refill their water bottles when they are out and about in Birmingham enjoying the Commonwealth Games. The Refill app allows people to easily find hundreds of places to refill across the city helping sports fans save money and plastic by not having to buy expensive single-use plastic bottles.

“There will also be 41 new pop-up water refill stations installed at venues around the city meaning that you’re never far from free drinking water. Tackling plastic pollution is really a team effort – if just 1 in 10 visiting the city for the games refill their water bottle just once, this could save a hundred thousand single-use plastic bottles. The more who take part, the more plastic single-use bottles we can save.”

Refill Birmingham is the local campaign delivering Refill in the city.