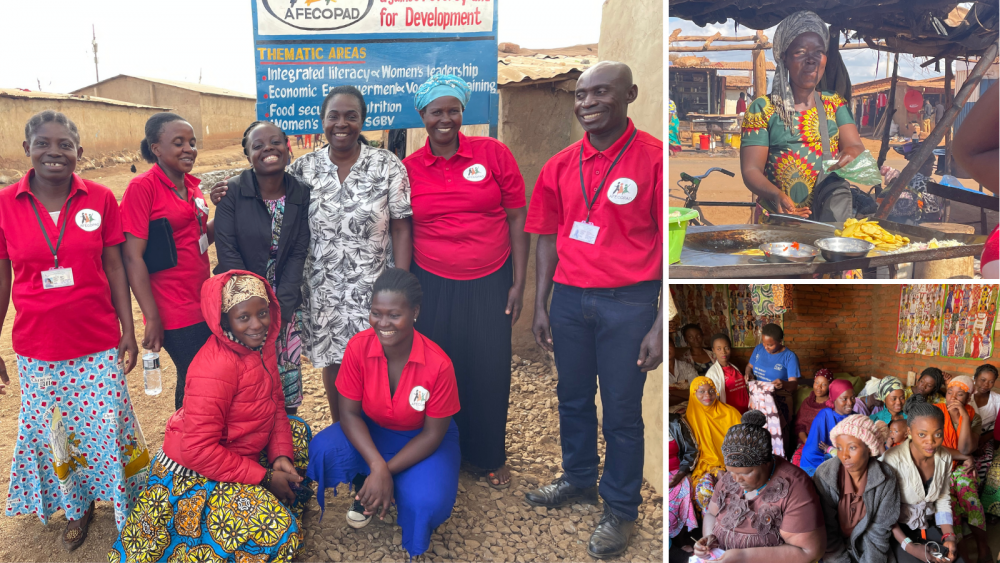 Sandra Golding, the CEO of Feed the Minds, writes

When you think about the word healing, what comes to your mind? Do you think about restoration, peace, or someone made well physically, emotionally, or mentally? This Refugee Week, we have the opportunity to look beyond ourselves and reach out to someone who needs healing to be able to start over again.

Refugees are some of the world’s most resilient people. Many are forced to flee their home country to escape from conflict, violence, natural disasters, or persecution, be it race, religion, political views, etc. and move to another country to make a better life for themselves and their families.

Many people flee with just the clothes on their backs and very little or no money, trying to escape to safety, not knowing what the future holds or if they will make it to the country alive!

There is so much complexity to humanitarian and relief efforts associated with refugees. They are escaping from one least developed country only to settle in another least developed country, usually the closest neighbouring country. These countries do not have the capacity to provide the aid needed to support the influx of new people, as they have limited resources.

The United Nations Refugee Agency (UNHRC) plays a vital role in helping to support refugees. One of their latest reports states, ‘The number of people forced to flee their homes has increased every year over the past decade and stands at the highest level since records began, a trend that can only reverse by a new, concerted push towards peacekeeping.’

Globally, the number of refugees currently stands at 100 million, mainly due to the largest forced displacement crisis with the invasion of Ukraine.

I recently visited Dzaleka Refugee Camp in Malawi to visit one of Feed the Minds’ project partners, AFECOPAD. It takes about one hour from the capital Lilongwe, to reach the camp. It was my first time visiting a refugee camp, although I had undertaken humanitarian work in different countries.

On my drive to the camp, I did not know what to expect or how I would react. I would personally call Dzaleka an unplanned city that is constantly growing. There are over 70,000 refugees from countries such as the Democratic Republic of the Congo, Rwanda, Burundi, Ethiopia, etc., and the numbers are increasing daily. Some people had been at the camp since 1999 and got married and raised their children there. They have built homes, schools, banks, radio stations, hospital facilities, etc., and UNHRC is located there to officially register the refugees and provide them with the necessary documentation to live in Dzaleka.

People have set up many types of businesses, for example, barbers and hairdressers, grocery stores, furniture makers, hardware stores, and food vendors making fries, doughnuts, and chapattis. It can be easy to forget that many of these people were professional and skilled craftspeople in their home countries and trying to make a living and survive in the new host country using their skills with limited resources.

The local project partner that I went to visit, AFECOPAD, implements an integrated training and women’s rights programme for women at Dzaleka Refugee Camp with the aim of reducing poverty and gender inequality. Our project partner provides the women with literacy, tailoring, and business skills that lead to collective sales of their tailoring products, which increases their personal income. Additionally, it has set up saving groups to enable them to save and distribute the money among the women. AFECOPAD also works in the wider community with men and boys to positively change attitudes and behaviours towards women.

Unfortunately, a high prevalence of violence against women and girls comes with being a refugee. Nevertheless, our project partner has created a safe space for women, where they receive psychosocial support that leads to improved confidence and mental wellbeing.

During my visit, I also had the privilege of meeting with two groups of women. The first group had undertaken training, and the second group of girls had recently embarked on training with AFECOPAD. They all spoke highly about the work this NGO was doing and how it had changed their lives and their children’s lives for the better. Dzaleka is now a permanent place that is their life, and they need to ensure that there are livelihoods for everyone.

A woman named Judith *(not her real name, to protect her identity) said:

“Since joining the programme, it has made a difference in my life. I now speak English [the official language in schools at the camp]. I am no longer shy. I am learning to sew and other techniques such as basket weaving.”

I was pleasantly surprised when Judith presented me with a beautifully sewn dress that she had made.

Listening to their stories, I did struggle to hold back the tears, as I could only imagine the heartache and pain they had encountered! Walking around there was so much more that I wanted to do, but with limited resources, there is only so much that you can do.

You may not have the opportunity to visit a refugee camp like me, but we can still do our part to support refugees who have had to leave their home countries through no fault of their own. We can support them by giving money and other resources to help support the work that many organisations like Feed the Minds are doing within refugee camps like Dzaleka.