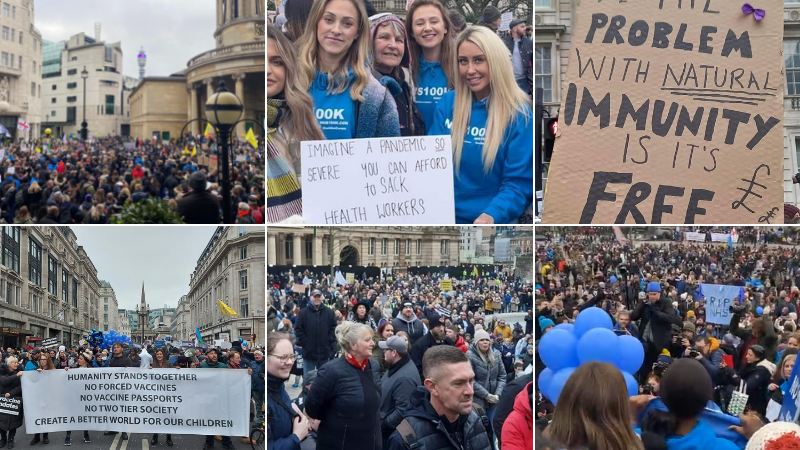 PROTESTORS supporting the NHS’ unvaccinated employees took to the streets of the UK over the weekend to protest against the government’s NHS vaccine mandate.

Among the protesters were executive medical professionals, nurses, doctors, mental health practitioners, and the public from all walks of life in a peaceful display of unity. 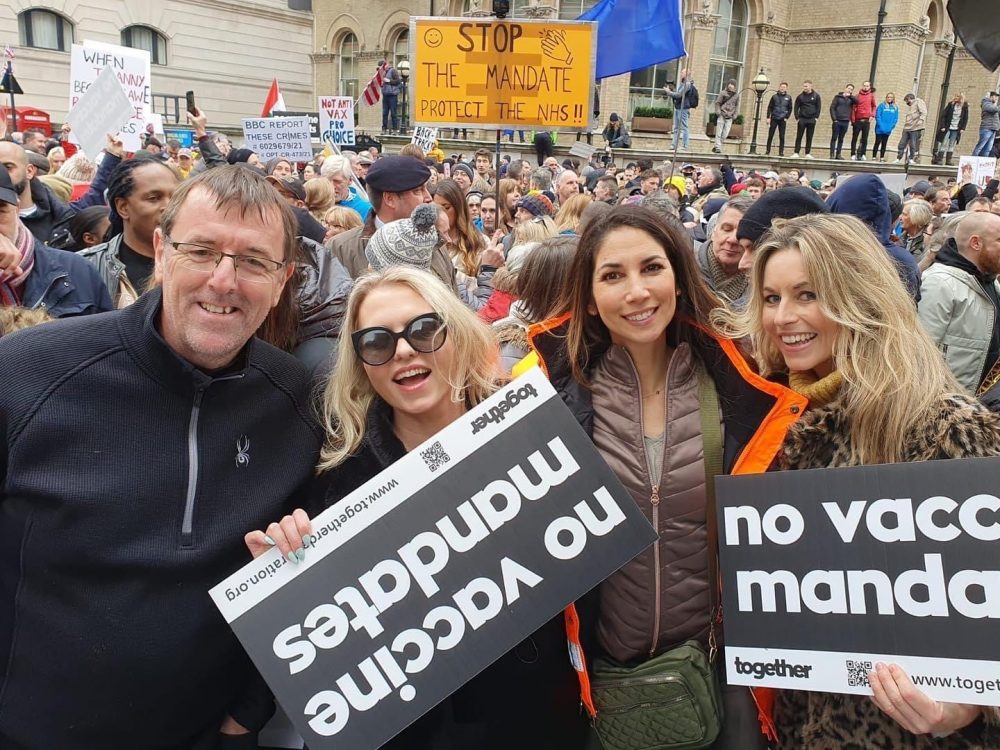 “I’m here because this is quite frankly madness. I’m tired of the government interfering with all of our lives and taking away our ability to live peacefully.”

Protests were held in places like London, Manchester, Birmingham, Sheffield, Liverpool, Cornwall, Bristol and Glasgow, to name just a few.

At Downing Street, nurses and doctors threw their uniforms at the gate in a display of solidarity with colleagues. 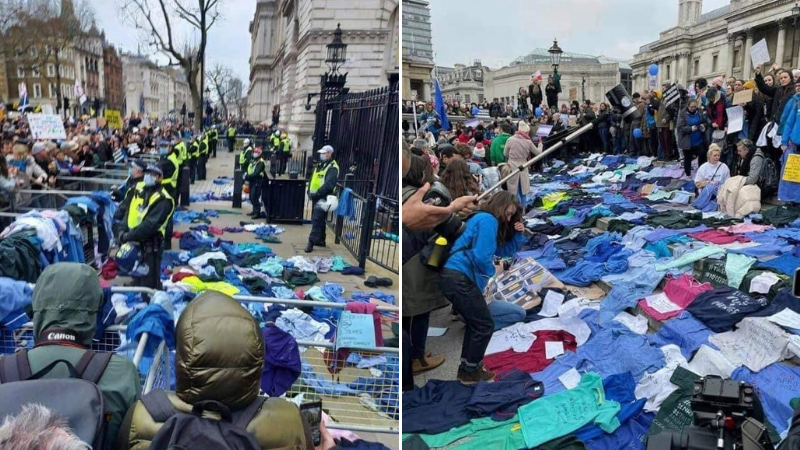 Not paused, but axed!

We, (I say we as I am a hardened supporter of #NHS100K), do not want the mandates paused as the BBC or other mainstream media is suggesting, the message is clear the protesters would like them axed – completely, and will not stop until that is the case!

Headlines like NHS staff join anti-vaxxers are very misleading. Speaking to many of these people they have been to a lot of protests already, and very few are entirely against vaccines. They cite they have had other vaccines and are not comfortable with the current mRNA technology being used in the Covid vaccine or have other reservations.

It is fine, it is called freedom of choice, something we are used to and proud of in this country, and we should all be respectful of that right.

These people work day and night for us, and the last two years or so have been horrendous for morale, even working without PPE in the early days. They’ve not been vaccinated this whole time. We cannot be treating them this way and expect it to end well.

All it takes is another killer variant or a war to break out, and it will be the likes of all of us, not the elites, that will suffer. They deserve our respect, and for me, it is very pleasing to see hundreds of thousands of people around the country supporting them. It’s the least they deserve.

Several MPs are thought to have expressed disagreement with the mandate.

Wales First Minister Mark Drakeford has said he would “not rule out” recruiting NHS workers from England who leave their jobs due to its mandatory vaccination policy.

Some of the groups who participated in the protests included:

Save Our Rights UK