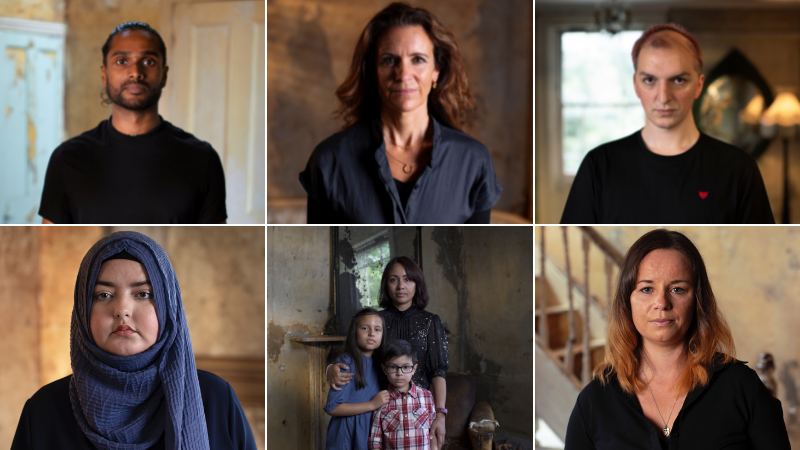 BRAIN tumour patients and people who have lost a loved one to the disease are sharing their stories in a hard-hitting campaign launched this week by the charity Brain Tumour Research.

Stop the Devastation is raising awareness of brain tumours, exposing the history of underfunding for research into the disease, and encouraging people to donate to help find a cure.

The campaign is being launched at Wimbledon and will include outdoor advertising at other prominent sites in London. A video is also being screened at a series of outdoor festivals aimed at young people and families. An accompanying social media campaign is asking people to join in using #NoMore.

Taking part in the campaign are:

In sharing their stories, the patients, families and friends reveal that brain tumours kill more children and adults under the age of 40 than any other cancer. Despite this, historically, just 1% of the national spend on cancer research has been allocated to this devastating disease. And, tragically, 88% of those diagnosed die within five years.

The charity has worked with a London-based creative agency to produce the campaign materials, which include a 30-second film together with three 15-second cut-downs for social media. These will be supported by an integrated social campaign titled #NoMore, which encourages mass participation with people sharing a selfie of their ‘stop hand’, donating £5 and tagging five friends.

“Stop the Devastation lays bare the powerful and painful truth about brain tumours – they are indiscriminate, they can affect anyone at any age, there is no cure, and for many, sadly, there is little or no hope.

“Brain Tumour Research is determined to change this through creating awareness of the horrifying statistics, by funding research at its Centres of Excellence and through its continued lobbying of the Government and the larger cancer charities to increase the national spend.”

Niki O’Dea Patelis sharing the story of her son Shay who died in September 2020 at the age of 13. The eldest of her three children, Shay, had been diagnosed with glioblastoma multiforme (GBM) 22 months earlier. His desperate family funded treatments abroad, having exhausted the options available in the UK.

“We considered ourselves fortunate to be able to access help abroad and are acutely aware that there are so many families who are not able to do this. But the real issue here is that, in this day and age, when you are told your child has cancer, you assume there will be something to increase the odds and give you hope. But, unfortunately, the harsh reality with this tumour is that there are no effective treatments. I can’t believe that funding for research into brain tumours continues to be so poor and that GBMs are still quoted as being rare when we have met so many patients, including children, through Shay’s journey, many of whom have since passed.

“GBM is certainly not rare, and there will be no change and no hope without more funding for research. We cannot let another 10 years go by destroying families and taking more and more young children from their parents. We need the general public to take families like ours to their hearts, to get behind this and to make donations in order to help us to increase the national investment.”

Sam Suriakumar was enjoying life as a fit and healthy father to two girls, aged six and four. Married to Sindhu, a GP, and working as a part-time recruitment consultant and musician, Sam was struck down with a seizure as he travelled on the Tube. He was diagnosed with a glioma brain tumour in February 2020, but its location and diffuse nature mean it is inoperable.

“My diagnosis came out of the blue and made me realise that my family is more important to me than anything. My life changed dramatically as, overnight, it meant I couldn’t work and couldn’t drive. The idea that I wouldn’t be here for Sindhu and the kids was unthinkable. We live from scan to scan, and although no one knows what lies ahead for me, I am choosing to be positive. It’s important to me that people hear my story, and I hope that it will make a difference. Without more investment in research, there will never be the improvements in treatment that we so badly need.”

Eddie Ruggiero was forging a career as a drag queen when he collapsed and was diagnosed with a high-grade anaplastic astrocytoma brain tumour in 2017. Given a prognosis of three to five years, he now feels he is living on borrowed time. Eddie underwent surgery and follow-up treatment. A life-threatening infection meant the removal of part of his skull. He chose not to continue with chemotherapy.

“The treatment made me so ill, and I can’t understand why in this age of modern medicine, the treatment options available for people like me – cut it out, poison it, burn it – are so barbaric, more barbaric than the disease itself. I want to have the best quality of life for whatever time I have left. I have been offered reconstructive surgery, but the truth is, at the moment, I would rather live with a big dent in my skull than go through another operation. It’s certainly a talking point, and if I can use it to raise awareness of how things are for patients like me, that is a positive thing.”

Amani Liaquat had graduated with a first-class law degree and was looking forward to taking a Masters in social work when she collapsed with a seizure on her 22nd birthday in April 2020. Her diagnosis – grade 4 glioblastoma multiforme (GBM) – is the most common primary malignant brain tumour in adults carrying with it an average prognosis of 12 to 18 months. Faced with extremely limited treatment options in the UK, Amani and her family set about crowdfunding and, thanks to the generosity of family, friends and their community, quickly raised £100,000.

“The location and mutation of my tumour mean it’s inoperable and incurable. I am blessed that with the money raised, I can purchase a trial drug from Germany, which has shown promising results for some with the same mutation as me, H3K27. My life has fallen apart in the blink of an eye. It’s unfair, and I am angry that so little investment has gone into this disease, particularly as it affects so many young people just like me who should have their whole lives ahead of them.”

Shaz Hetherington is sharing the story of her husband David, who died aged 39, having been diagnosed with a brain tumour when she was 31 weeks pregnant with her first child.

“David and I met at work, and we hit it off straight away. People said we were made for each other, and he was definitely my soul mate. We had so many plans for what we were going to do together. After his diagnosis, we lived from scan to scan. When it was good news, we would go on holiday, and then it got to a time when there were no more holidays. My heart is broken, I live from day to day and, were it not for the children, I don’t know what I would do. It’s lonely being a widow, not something I ever thought I would be in my 30s.”

Six years ago, Fi Case lost a close friend, aged 44, to a brain tumour. She said:

“Like me, she had two young boys, and our lives were intertwined as we went through so many shared experiences. Although there are many happy memories, it’s very painful to think what her life would have been like now and how much her family is missing out on having such a loving, fun and talented mother and wife and daughter here with them. This campaign represents a great opportunity for the general public to understand that, by getting involved and donating, they really can make a difference.”

For more information, go to: www.braintumourresearch.org.