At the weekend, Saints fans, club legends and charity supporters came together to march as one through Southampton and mark the Saints Foundation’s 20th-anniversary.

The sponsored walk, named ‘We March Together’ and presented in partnership with Vitality, was arranged as a celebration of Saints Foundation’s special relationship with both its club and the city, as it celebrates 20-years of changing lives in the local community.

After a warm-up and welcome from Saints veteran and Foundation ambassador, James Beattie, the route started at Southampton Common and saw walkers retrace the steps many fans will know well to the site of Saints’ former home, the Dell. The march then moved down through Southampton city centre to St Mary’s Church, where walkers could light a candle in memory of a loved one before it reached its destination of St Mary’s Stadium where there was a special pitch-side celebration event. It was the perfect opportunity to bring the community together after the long and challenging months of lockdown.

The walk was led by 13-year-old Ellie Wheatley, a Saints Foundation Participant who has defied her disabilities to grow into a happy, confident football player with the support of SaintsAbility sessions.

“I am part of the SaintsAbility Project which works with people with disabilities that are under 18.

“Today we were doing a 5km walk to raise money to transform the lives of people in and around Southampton. My role was to wave the flag and lead everything.

“I’ve had an amazing time, I’m so lucky I get to do this. This is the longest walk I have ever done!” 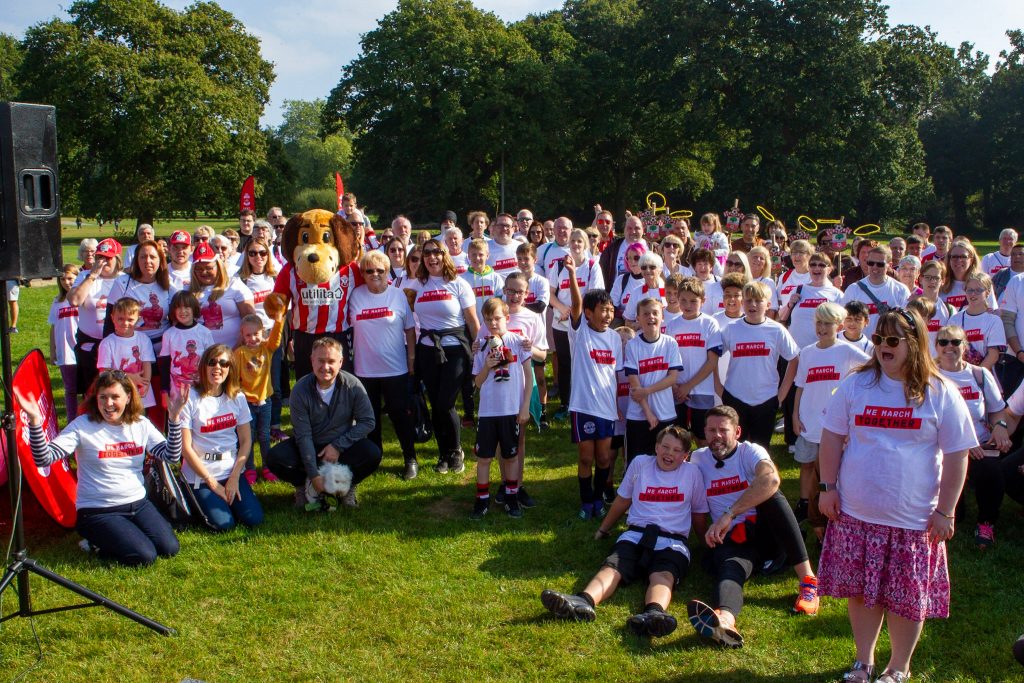 “Today’s event, presented in partnership with Vitality, was a brilliant opportunity to bring together our amazing supporters, Saints fans and a number of our incredible participants to celebrate our 20th anniversary.

“Marching through the city was a great visual statement about how we as a Foundation bring people together and make a real impact here in Southampton. It was also a chance for our amazing supporters to fundraise to ensure our work in the community can continue, so I’d like to say a special thank you to them.”

Over the last 20-years, Saints Foundation has helped thousands of people become more involved, healthier and empowered members of their community.

In the 2021/22 season, Saints Foundation is celebrating its 20th-anniversary milestone by looking back at two incredible decades of life-changing work and looking forward to the future to make sure it can continue to transform lives for the next 20 years and beyond.