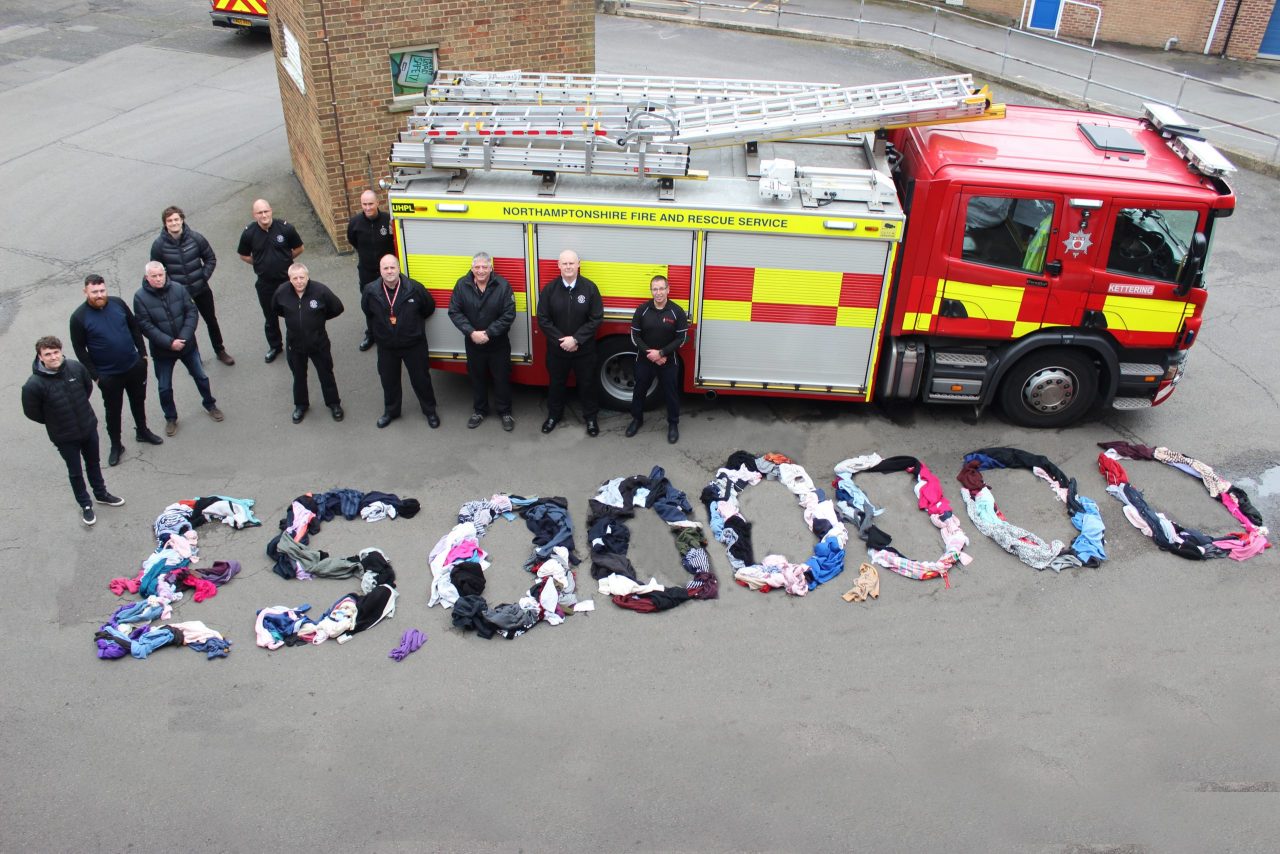 THE Fire Fighters Charity has raised more than £5million in its clothes recycling scheme since it was first launched 12 years ago, passing this incredible milestone earlier this year.

The scheme is run in partnership with fire and rescue services and textile recycling companies across the UK and invites members of the public to donate their unwanted clothing in banks placed outside fire stations and in community sites across the country.

It was first thought up by a firefighter in Northamptonshire Fire and Rescue Service, with the first bank placed outside Kettering Fire Station in 2010. The scheme has grown from there, with 950 fire stations across the UK now taking part.

“Our clothes recycling scheme has been hugely successful since we launched it and this is purely down to fantastic teamwork along the way.

“On behalf of the whole Charity, I want to thank all of our clothes recycling partners, our fire and rescue services across the UK, our charity teammates and volunteers, and every single person who has donated their clothing to one of our clothing banks. Here’s to the next £5million, thank you everyone!”

“I am delighted that the partnership with The Fire Fighters Charity and recycling companies has made such a meaningful difference financially and environmentally, and I am proud that we have been able to celebrate passing the £5 million milestone, generated purely through people’s unwanted clothing.

“This nationwide initiative not only enables the Fire Fighters Charity to support thousands of fire and rescue service personnel with their health and well-being when they need it most, but also diverts a huge amount of unwanted clothing away from landfills.

“I would like to say a massive thank you to the local communities in supporting their local fire station through their clothing donations, it is making a huge difference and I encourage everyone to continue to support the charity and donate clothing to any of the yellow clothing banks outside fire stations around the country.”

To find out more about recycling your clothing in aid of The Fire Fighters Charity, visit: www.firefighterscharity.org.uk/recycling.

Members of the fire services community in need of support with their health and wellbeing can call The Fire Fighters Charity’s Support Line on 0800 3898820 or visit: www.firefighterscharity.org.uk/support.