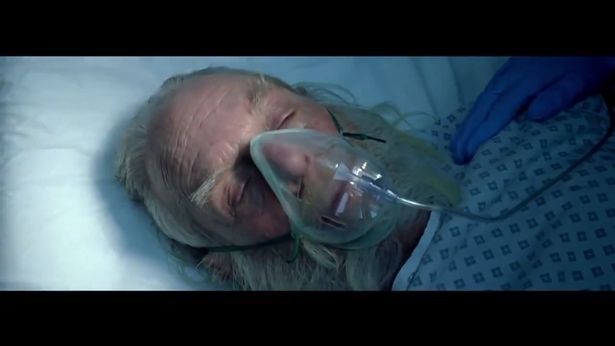 It depicts the challenges that frontline workers have faced throughout the pandemic this year.

However, it shows an elderly bearded man who is being rushed into hospital as doctors and nurses, who are wearing PPE, attempt to resuscitate him.

It then shows him making a recovery and is wished a Merry Christmas by a nurse.

The realisation that the elderly gentleman is in fact Father Christmas doesn’t come until the end when a child hands a nurse a gift, the tag reading “from Santa”.

The advert has drawn huge criticism among supporters.

“This COVID-19 obsession is getting more twisted by the day. In the UK the NHS charity Christmas advert, shows medics battling to save Santa’s life. Not happy terrifying adults they now want to traumatise young children with this sick scaremongering.’

“Disgusting – They seem intent on totally destroying the human race psychologically and emotionally.”

Another added: “Has anyone seen the NHS ad that is treating Santa Claus for covid? Are you joking here!!!! You’ve taken their education away now you want to take their innocence? Do me a favour.”

The NHS Charities Together statement read:

“We created our Christmas campaign to highlight the ongoing commitment and hard work of NHS staff and volunteers to keep us safe and well in what has been and continues to be a really challenging time for the NHS.

“We are really grateful that through the support of our partners we were able to create a film to get that point across, and to encourage people to keep supporting NHS staff, patients and volunteers by generating donations to our appeal.

“When we launched the ad earlier in the week, we had an overwhelmingly positive response to it.

“Some subsequent media coverage of it has generated criticism of the ad on social media, and some people have expressed their concern about it upsetting children.

“It isn’t aimed at children and hasn’t been shown on TV. The charity did not put any funds into the production of the ad.

“We worked closely with the team behind the ad to make sure it was produced responsibly, and it was cleared for use by the relevant regulatory authority.

“However, we are sorry to the parents of any young children who have been upset by watching the ad and to the young children themselves; they were not the intended audience for it.”