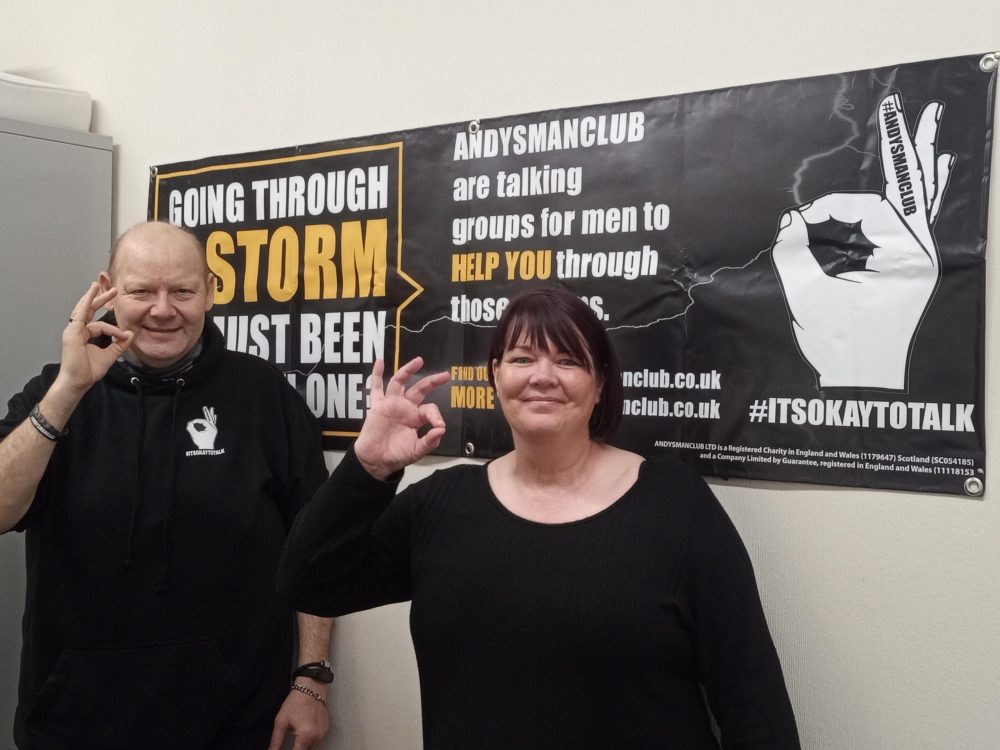 Andy’s Man Club, which has more than 80 clubs around the UK, has opened a new venue at Northern View in Berwick, offering a chance for men struggling with mental health issues to talk through their problems.

The charity was founded by Luke Ambler, as a way for men to understand mental health issues, after his brother-in-law, Andy Roberts, took his own life.

Rise, a charity that works with communities across Northumberland and Tyne & Wear to improve access to health and wellbeing activities, brought the club to the border town. The Berwick branch is now the most northern Andy’s Man Club in England.

Jaki Duffy, Rise key worker in Berwick explains: The club is about providing a safe and friendly place for men to come together and chat. We want to tackle the stigma around men’s mental health by encouraging men to talk about their own mental health issues.

“Feedback from residents is a forum like this is wanted locally and I really hope it takes off. The success of Andy’s Man Club over the border in Dunbar demonstrates the need for men to have somewhere to go to have a conversation and support one another. It is a peer-to-peer support group for men – ran by men for men. I’ve seen the work they do and it’s inspiring.”

John Ritchie, 53, originally from Eyemouth in Scotland, moved to Berwick 12 years ago. He is a volunteer and one of the main facilitators at the Berwick branch.

He said: “Being given the opportunity with Andy’s Man Club supports me in turning the negatives in my life into positives and I am really pleased to have this opportunity to facilitate a much needed talking group for men. I’ll be learning all the time from other people’s difficulties and if anything I say or do helps just one person then it’s worthwhile.”

David Hattle, 56, is also one of the main volunteer facilitators, he said: “I’ve lived in Berwick all my life and was motivated to get involved after reading about how Andy’s Man Club was formed following tragic events involving male suicide. I really want to try and make a difference in our area by getting men talking and breaking down the centuries-old barriers that have stopped guys from speaking openly about how they feel. Even if we can help or support just one man that walks through the door, then opening Andy’s Man Club in Berwick has been worth it.”

The club sessions are aimed at men aged 18+, they don’t have to be in crisis or have a mental health problem, Andy’s Man Club only want to get men talking by providing a safe space. There is no need to book, just turn up – everything is free including tea and biscuits.

More information can be found at: