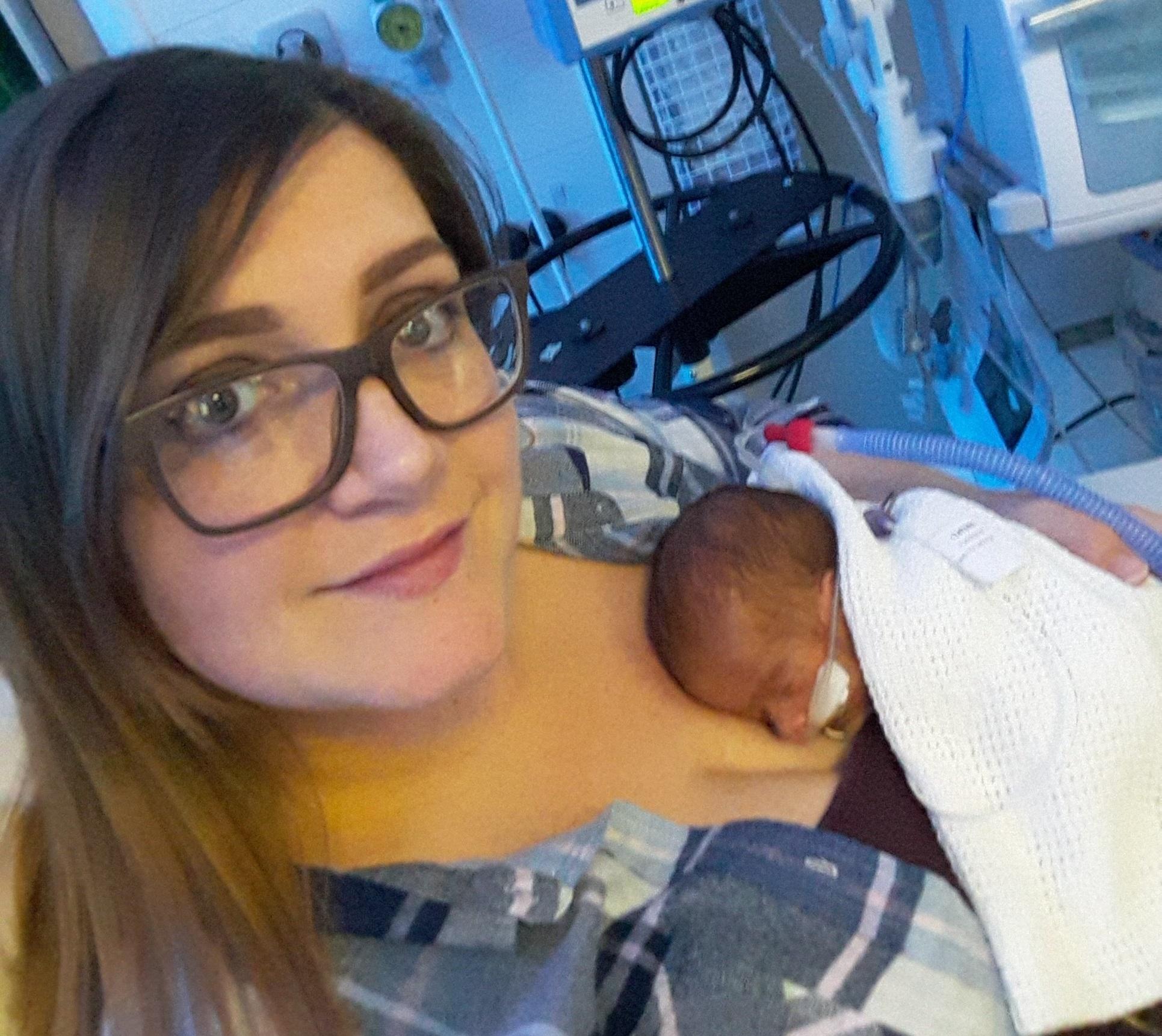 Laura O’Neill gave birth to twins Chloe and Phoebe in June 2017 after just 27 weeks’ gestation. The twins were immediately rushed to the neonatal intensive care unit at Heartlands Hospital. Tragically, Phoebe died four days later. Chloe spent the first 15 weeks of her life at Heartlands Hospital, fighting for her life under the care of the specialist neonatal team at the hospital.

Laura is now fundraising for the neonatal unit, raising money to support Heartlands Hospital Charity’s Incubator appeal which is aiming to bring seven new, state-of-the-art incubators to the hospital. The new incubators will give premature babies like Chloe and Phoebe the best possible chance of surviving and will empower parents to interact with their baby.

Speaking of the care that Chloe and Phoebe received, Laura said:

“Without Heartlands Hospital Neonatal Unit we wouldn’t have Chloe with us today, and we would not have been able to spend four precious days with Phoebe.”

Chloe spent the first ten weeks of her life in an incubator, which kept her warm and protected from the outside world.

However, the older-style of incubator that Chloe was treated in made it difficult for Laura and her husband Karl to interact with her.

“It was daunting at first, we could only put our hands in the incubator through the small openings in the side and we were worried that we’d do something wrong. As time went on it got easier, but it was still very difficult.

“It’s quite a scary thing having a baby in an incubator, thinking, can I touch her?”

The new incubators that the Charity is hoping to bring to the hospital will make life much easier for parents with premature babies.

“These incubators allow the baby to keep warm even with the lid off, so parents can interact with their baby, safe in the knowledge that they are not interrupting their care.”

Watch below Laura Hammond explaining the difference that the new incubators will make to babies born at Heartlands.

Laura said that these new incubators would have made a difference to her and Karl:

During her time at Heartlands Hospital, Chloe had to receive two brain surgeries at Birmingham Children’s Hospital.

“It was an awful time; we had to deal with Phoebe passing away to then be told that Chloe needed brain surgery.

“It was terrifying. Chloe was so tiny and we were worrying whether she was going to make it through. We had so many worries.”

Throughout this tragic time for Laura and Karl, they had the support of the specialist neonatal team.

“They are incredible; they saved one of my precious girls and did all that they could for the other. They are all such lovely people who I will remember forever.”

Nearly two years on, Laura and Karl, with the help of Chloe’s big brother Oliver, aged five, wanted to start fundraising for the unit.

“When Chloe was in the neonatal unit we wanted to do something, but we were waiting for Chloe’s appointments to settle down. It’s been a tough two years and we’ve had lots of problems.

“Chloe contracted meningitis shortly after her second round of brain surgery, and she is now completely deaf, has cerebral palsy and developmental issues which affect her breathing and feeding.

“We really want to do something to give back, and so we hope that people will be able to donate to our page, and help premature babies in the future.”

“On behalf of everyone at the hospital charity, I would like to thank Laura and Karl for raising money to support our incubator appeal. They know all about the incredible work that the dedicated staff on the neonatal unit do, and the important role that technology plays in caring for the tiniest, vulnerable babies.

“Laura and Karl’s support will help us to provide these new, state-of-the-art incubators which will help protect and care for premature babies just like Phoebe and Chloe in the future.”

You can support Laura and Karl’s fundraising here.