The Mayor of London, Sadiq Khan, has issued an air pollution alert in response to worryingly poor air quality. The alert will be broadcast across 2,500 bus stop and river pier signs, at entrances to tube stations and on message boards on the busiest roads in London. 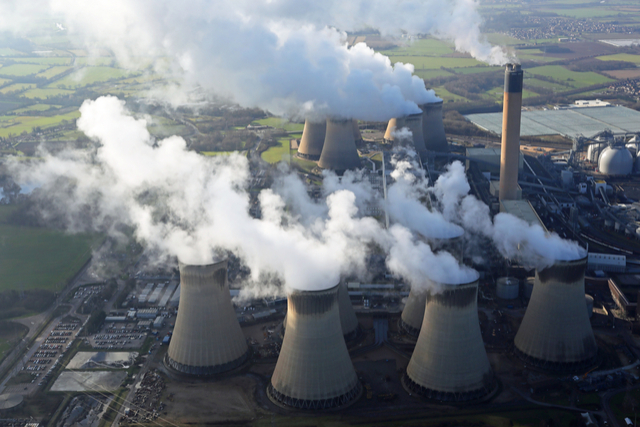 Air pollution consists of extremely small particles and gases in the air which can cause harm if you breathe them in. Polluted air can come from a number of sources, including the burning of fuels in people’s homes and motor vehicles such as diesel cars. Officials in London say that recent emissions have failed to disperse, leading to alarmingly high levels of pollution in London’s air.

BHF-funded research shows that air pollution can damage your heart and vessels, for example by making blood more likely to clot, injuring blood vessel walls and disrupting the electrical activity of the heart. This damage can increase a person’s risk of heart attack and stroke.

People with heart problems are encouraged not to exercise strenuously outside when air pollution is high, and those with asthma have been advised to keep their inhalers close-by in case of difficulty breathing.

“There’s no doubt that poor air quality is a public health emergency. Our research has shown that air pollutants can have a damaging impact on people’s heart and circulatory health.

“That’s why we’re pleased that the Mayor’s Office is providing information on air pollution so that those who are vulnerable can take steps to limit their exposure. We’re also supportive of the introduction of the forthcoming ULEZ, which will help to improve the capital’s air quality. But to tackle this issue, we need to see bold action on both a local and national level.

“While the Government’s Clean Air Strategy commits to reducing people’s exposure to air pollution across the country, we urgently need to adopt the World Health Organization’s recommended pollutant limits into UK law to see real change.”

FIND OUT MORE ON AIR POLLUTION AND THE HEART