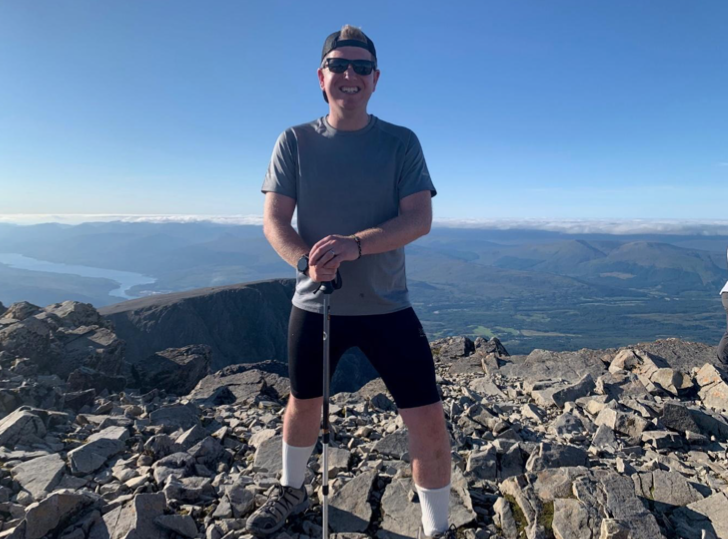 On July 17th this year, Tom Chettle and colleagues from Buckinghamshire Council will embark on the Yorkshire 3 Peaks challenge. This is in memory of his colleague, Andy Leach, who sadly passed away last year. As Andy was a passionate supporter of autistic individuals and people with a learning disabilities, Tom would like the money raised to go to Talkback UK.

Chloe Bull from Talkback caught up with Tom and asked what was involved.

“The Three Peaks Challenge in Yorkshire covers 24 miles over the course of a day, up and down the three peaks. They’re all around 700 metres high, so it’s a really big challenge. You can imagine doing one of those hills is quite tough. The challenge is to try and achieve this in 12 hours. Hopefully, as a group, we will be able to do that and the adrenaline and excitement will keep us going.”

“Last year myself and some mates signed up for the national three peaks, but we did that over three days. That consists of going up Snowden, driving the next day to Scafell Pike in the Peak District, and then to Ben Nevis to go to the biggest peak in Scotland. I’d not really done any hiking or mountaineering before, but it was a personal challenge. Prior to the pandemic, my personal challenges were things like going on whiskey distillery tours in Ireland or Scotland; but in the pandemic, there’s been a lot more focus on getting outdoors and having that opportunity to understand where we live. I was a proper stereotypical pandemic lockdown walker because you just realise that we’ve got some amazing places in the UK.”

What’s the motivation for doing this Challenge and raising the money for Talkback?

“Sadly, my colleague and friend, Andy, died just before we did the National Three Peaks last year. We just did it as a group of mates with a guide, but it was a shame because none of us had thought about any fundraising. I wanted to do something for Andy and then it was thinking about how we could support a charity. Andy had worked with groups with significant autism and helped them into supported employment. Really trying to say to people, you might have a disability, but we can support you to meet those goals.

“I spoke to Andy’s team and they suggested Talkback, because there is an overlap with a lot of the people who attend our Council services, which I’m now responsible for, who use Talkback services too.”

What are you looking forward to with the Challenge?

“When I signed up for this, I didn’t really know if anybody would want to join me. I’m excited that there are twenty people doing it. That’s also quite daunting because I’m caring and I’ll worry about how everyone is coping. The thing I’m most looking forward to is the sense of achievement once we get to the top of each of those mountains. And talking to people along the way – you can chat about most things in life, not about work, and just get to know people. It’s a really good social opportunity. There could be people on the day who I might not know at all, and you end up walking and talking for 12 hours and become friends.”

Why the Talkback Accessible Workshop?

“Andy was an amazing guy and one of his real passions was about making sure people had an opportunity and there was equality. Before he came into social care, Andy made furniture. The Accessible Workshop provides people with that hands-on experience, to learn a new skill and sell the things they make. I remember speaking to Andy about some of the people who he’d supported in the past and how he managed to get them opportunities to get into work. So, I think the work Talkback do with your supported employment programme is doing just that. It’s not just about providing someone with something to do, it’s helping them feel part of society.”

How are you going to celebrate when you’ve completed the Challenge?

“I think we’ll have a pint of beer that’s for sure. Some of the people I’ve spoken to who have done the walk before said you don’t really feel up to much on that evening. We’ll just breathe a big sigh of relief. It’s a really long day, getting up at half four and probably landing back at the village at six in the evening. We’ll be cream-crackered! I’m a bit worried about being able to drive home the next day and how my little legs and feet will be. I think the celebrations will hopefully come over the next month after that.”

And they’ll be well deserved! Thanks for talking to us, Tom, and for supporting the Accessible Workshop. Best of luck with the Challenge!

If you’re feeling fit and relish a challenge, you can sign up to join Thomas’s group here.

Donations/sponsorship can be pledged via Tom’s JustGiving page.