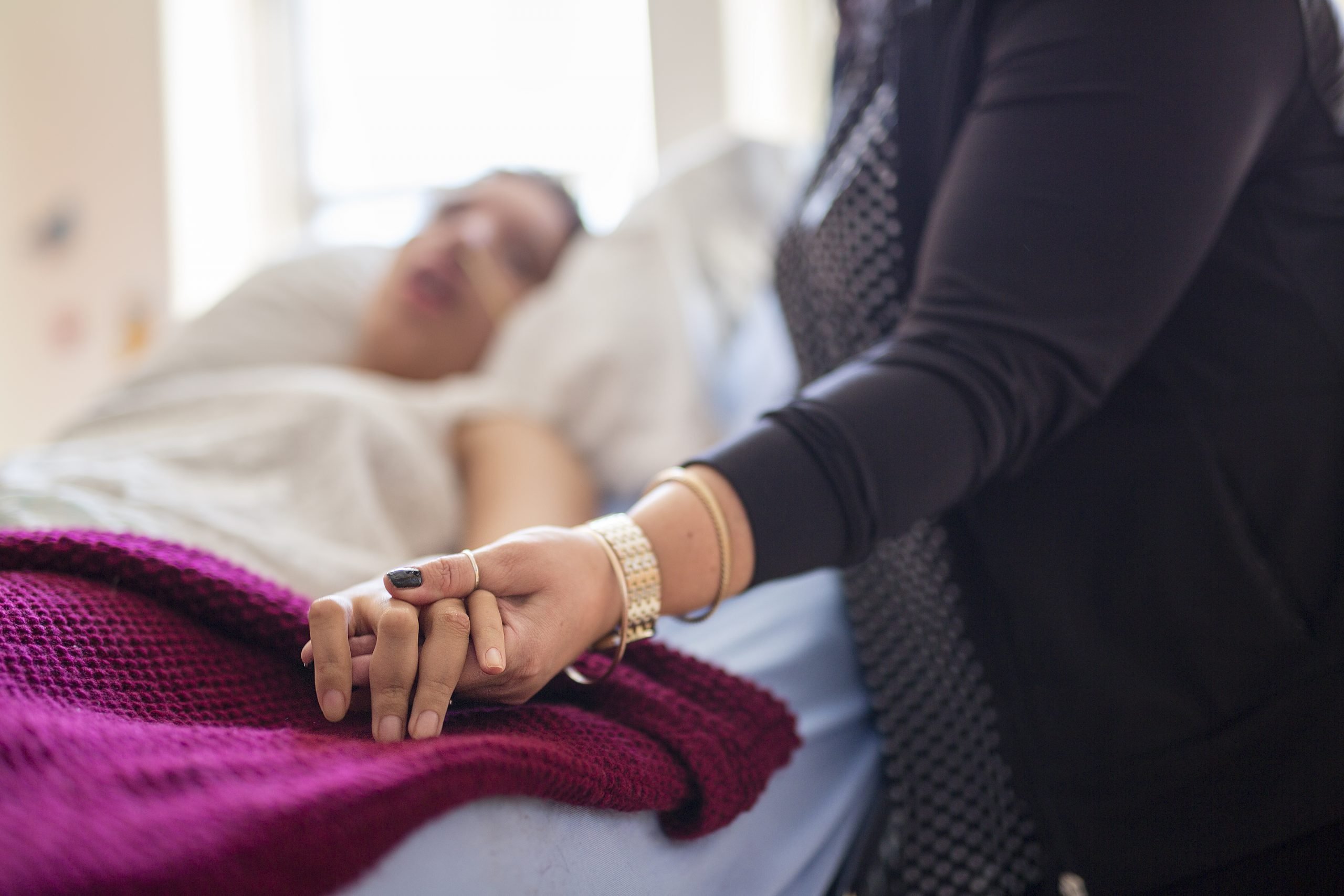 TERMINALLY ill people and campaigners are welcoming a ‘significant step forward for compassion and common sense’ today after the UK Government made a long-awaited announcement that it would change the benefits system for the terminally ill.

In response to the ‘Scrap 6 Months’ campaign led by charities Marie Curie and the Motor Neurone Disease Association, the UK Government has pledged to make it easier for people with a terminal illness to get fast-track access to financial support.

Crucially, terminally ill people will be able to access fast-track financial support if their health professional says they may die within twelve months. The current rule stipulates that people must prove they have six months, or less, to live before receiving fast-track access to the benefits they need.

The ‘six-month rule’, the charities say, has been the root cause of many people’s unnecessary suffering and has been described as “cruel” by a Parliamentary report.

The actor and Marie Curie Ambassador, Jim Carter, who has supported the campaign to ‘Scrap 6 Months’ said:

“This is good news for terminally ill people across the UK but we must pause to remember those who have been let down in the past, and those who have campaigned with us but not lived to see this result. We must also note that around ten people a day are dying while waiting for their applications to be reviewed. As such, I urge to Government to quickly pass into law the changes they have announced today to prevent any continued punishment of people who are dying.”

During the campaign for benefits reform, Mark spoke to an All-Party Parliamentary Group about his experience of trying to claim benefits when his disease stopped him from working as a lorry driver, and later he handed in a petition to Downing Street on the issue, alongside Jim Carter:

“When I stopped working, I struggled with depression and worried about providing for my family. At every stage of the benefits process, I was made to feel a nuisance and a cheat. My wife and I dreaded receiving letters from the DWP and I felt like I was being punished for living past my prognosis, punished for not dying when I was supposed to. That’s why I have been campaigning for this change. It is too late for me but I hope this will make a big difference to people in future, and to their loved ones, who will be able to live their final days with a greater feeling of security and dignity.”

“People living with terminal illness have waited a long time for this announcement, we now need the change to be enacted in law as quickly as possible.”

“This is a victory for the thousands of campaigners across the country who have worked tirelessly for three years, raising awareness of the flaws in the current system and urging the Government to change the rules.

“We have waited a long time, too long sadly for many in our community. Now the recommendations must be implemented quickly to ensure no more people already facing the most difficult time of their life have to suffer the indignity of a long-drawn-out process.”

People will now qualify for fast-track access if their health professionals believe they may die within one year. Campaigners are cautiously welcoming this step, having said they would like to have seen the Government go further to offer access to anyone with a terminal condition, regardless of their prognosis.

While welcoming this step forward, both charities are urging the Government to change the law at the earliest opportunity, as the DWP’s own data shows that as many as ten people a day are dying while waiting for a decision on their benefits claim. The two charities have also said they will closely monitor the impact of the changes once they are made to ensure they make a positive impact on people with terminal illnesses. Over the last two years, the charities have been campaigning to ‘Scrap 6 months’ and reform the benefits system for people with terminal illnesses.

A Parliamentary report on the issue found the six-month rule to be “cruel” and said it had “no clinical meaning and is out of step with the reality faced by people living with a terminal illness in the 21st century.”