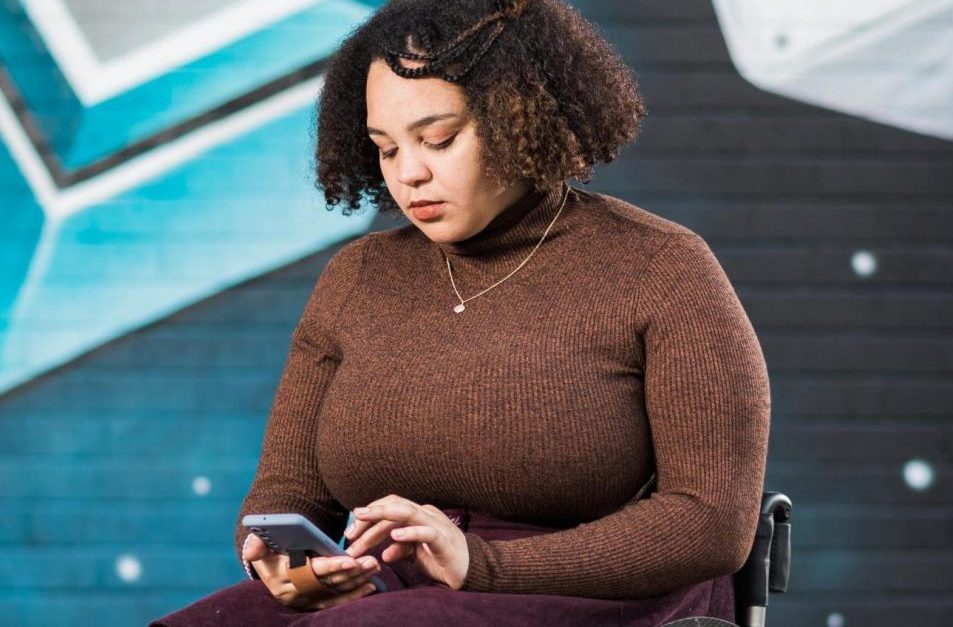 ONLINE disability hate crime soared by more than 50% across England and Wales during 2020/21, disturbing new figures reveal this week.

This latest police data, gathered by leading disability charities Leonard Cheshire and United Response ahead of Hate Crime Awareness Week, shows a huge spike during a period when much of the population was forced to stay at home during national and regional lockdowns.

“I had almost 50,000 followers on a social media platform when I was targeted by trolls that set up hate pages. The abuse was motivated by the fact that I have autism and am a member of the LGBTQ+ community.

“They revealed my real name and where I lived. The social media platform just told me to make my account private but took no action to identify the trolls or remove their hateful content. The police also just told me to unlink or deactivate my social profiles.”

The charities conducted in-depth consultation with a range of disabled people to find out more about individual experiences of disability hate crime.

Sandra from Wales told the charities:

“I fell outside my flat and was knocked unconscious. An older man, that I knew, came to my aid but when the paramedic came, they found him fondling me. He told the police something along the lines of ‘she’s disabled, who cares’, and ‘it’s probably the best thing that ever happened to her’. Even after this incident, he kept bothering me with verbal intimidation and abuse, with his daughter getting involved and threatening to ‘beat me up’.”

Cassie from London told the charities:

While there were more than 9,200 individual cases reported to police across England and Wales in 2020/21, equating to around 25 disability hate crimes a day, just 1% of cases were referred to the Crown Prosecution Service (CPS) or charged. Given these outcomes, it is perhaps little wonder that repeat offender rates for disability hate crime are up by 89% on the previous years.

“Many disabled people we spoke to said they wouldn’t report their hate crime to the police, so our findings are likely to scarcely scratch the surface of the true scale of these horrific incidents.

“The stories we’ve heard suggest many police officers do not have a good understanding of disability. So we’re calling for a specialist disability liaison officer in every police force. We want the government to make disability hate crimes easier to report too. We hope the upcoming Home Office Hate Crime Strategy will address just this.

“We also heard about the awful, long-term impact these crimes can have on individuals; leaving them isolated and frightened to leave their home. Clearly, there needs to be disability-specific support for victims.

“The government has a role to play in preventing hate crimes altogether. One of the most important steps in tackling hate crime is creating a more accepting society where differences are tolerated. The government’s National Disability Strategy promised a disability awareness-raising campaign. That should be an opportunity to educate everyone, including young people and those in school, about disability hate crime.”

United Response and Leonard Cheshire are asking everyone to show they stand against disability hate crime, by sharing their latest findings with the hashtag #NoPlaceForHate and by signing up to their disability hate crime campaign at: www.leonardcheshire.org/hatecrime.

To use the charities’ interactive map to see disability hate crime levels across England and Wales, please visit: https://www.unitedresponse.org.uk/hate-crime-map/.