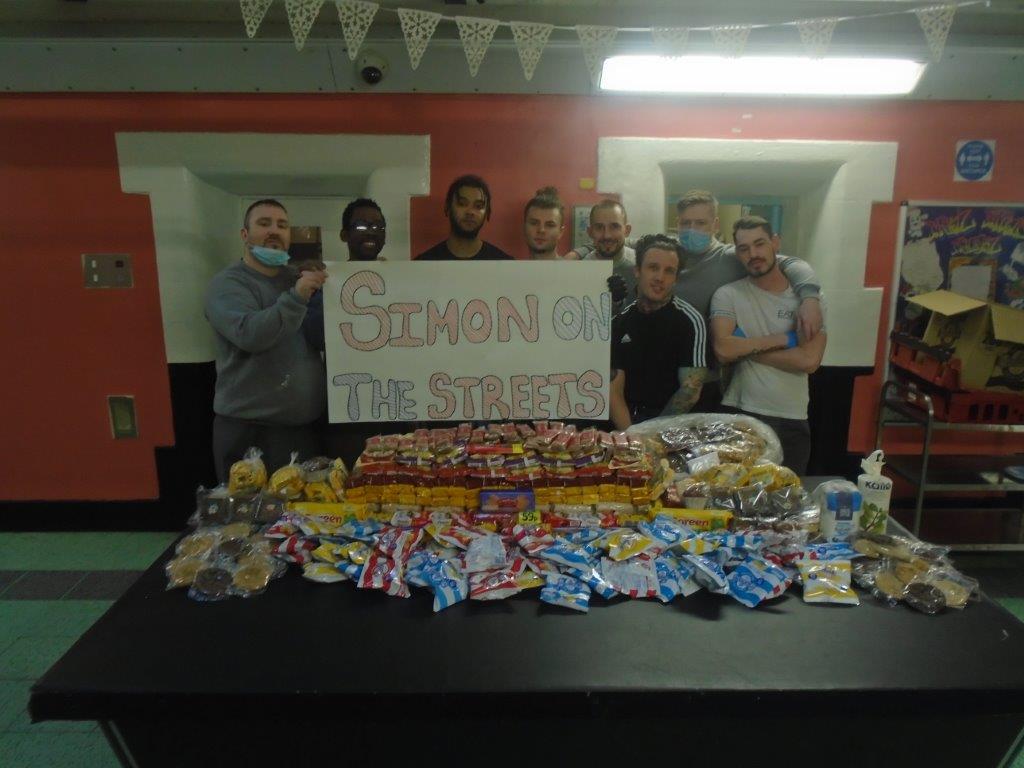 INMATES at HMP Leeds have come together to raise funds and food for a local homelessness charity, which has helped to feed 50 rough sleepers across the city.

Simon on the Streets, a West Yorkshire homelessness charity, was contacted last December by inmates who wanted to make a difference and fundraise from inside prison.

Joe Outlaw, who is currently residing in HMP Leeds, wrote a letter to the charity about a Christmas jumper competition and how the proceeds from this would go towards helping the homeless.

The inmates organised the project themselves and managed to raise £100 along with a collection of food donations for the charity to distribute. With the help of another inmate, Luke, Joe created a group called System Grown, with the aim of spreading as much kindness as possible.

In a letter to Simon on the Streets, Joe Outlaw said:

“There is so much pain and suffering in our world at the moment, so much sadness and hurt. We want to show some kindness and love wherever possible, and with that, ‘System Grown’ was formed.”

After talking to other inmates about the difficulties of being released from prison, it became clear to Joe there was a lack of support for the homeless. He decided Simon on the Streets would benefit from fundraising and help those who came into prison after being homeless, as well as those who are released from prison and straight back onto the streets.

“Joe is an IPP (Imprisonment for Public Protection) prisoner in our incentivised substance free-living (ISFL) wing who came to us asking what he could do to build up his credibility and give something back. We asked him to take on the role of a peer support worker to support all 145 inmates in the wing, and he has thrived in communicating with fellow prisoners, providing support and resource packs. His workload is immense. Joe comes up with lots of ideas, one of which was prior to Christmas to work with a designated charity to offer food and donations from the ISFL wing via the design of a Christmas jumper competition.”

“System Grown has managed to build a link between homelessness and prison, providing help and support for all those people who sadly leave with no home or stability, inevitably to return to prison. I’d like to offer my thanks to the amazing work Simon on the Streets do, who dedicate their time to provide food, warmth, support, and care to all those suffering on the streets of West Yorkshire.

“All the people that Simon on the Streets work with daily, including myself, have no doubt made many mistakes for whatever reason, but there is not one single bit of judgement from them. Nothing but love and kindness, which in itself is a beautiful thing.”

“We were surprised to receive a letter from Leeds prisoners but gladly welcomed Joe, Luke and the other inmates’ support for our cause. A prison may seem like an unlikely place to receive charitable support, but they have been amazing in helping us to feed a further 50 people across the streets of Leeds. Joe has been keeping us updated with further fundraising plans, as well as spreading the word about Simon on the Streets to fellow inmates who may need our help.”

A dedicated board with the winning Christmas jumper and information about Simon on the Streets is being put up in the ISFL wing of Leeds HMP, and Joe and Luke plan to continue to fundraise for the charity.