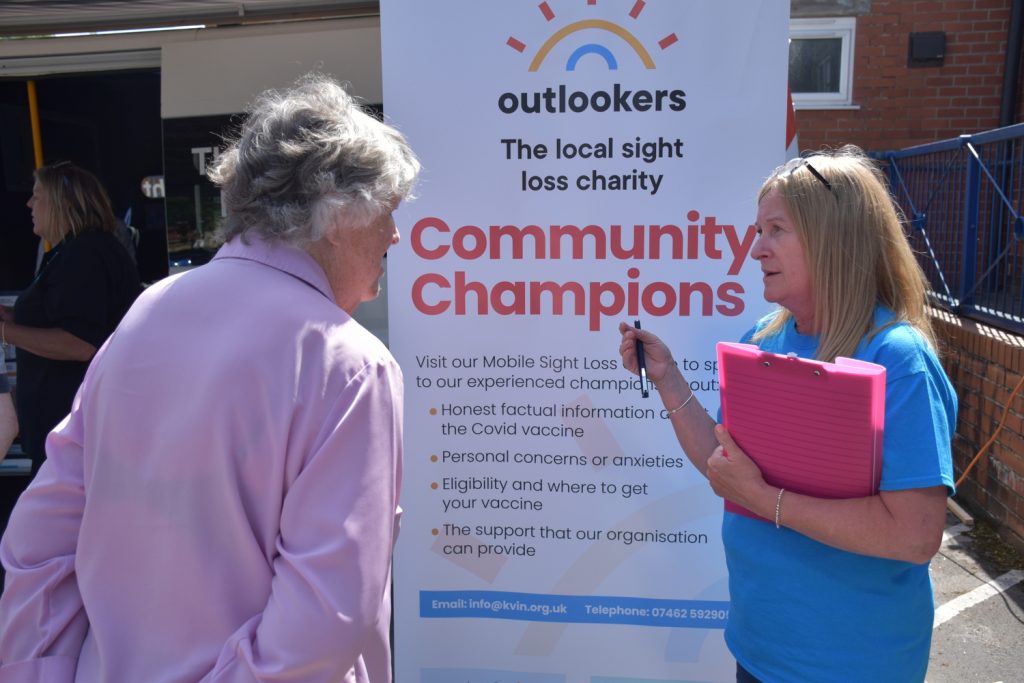 KIRKLEES Visual Impairment Network KVIN has announced the charity will be rebranding to Outlookers.

The sight loss charity’s new name will be launched alongside updated branding and a new website, to highlight the charity’s focus on empowering its members, and optimistic focus on the future. The branding refresh and new website were developed by Sheffield based creative agency who worked with the charity on a pro-bono basis.

Outlookers was set up in 2008 by tech-savvy people with significant sight loss and is run by people who themselves are blind or partially sighted. The charity was officially constituted as a group in 2008 and the core aim was for visually impaired people to provide support in the use of technology to others with visual impairment. The group initially provided assistance in the use of screen readers and magnification programmes for computers and laptops but soon integrated the use of smartphones and tablets.

This technology has gained huge popularity in recent years and as well as being designed to be accessible, it provides apps that are used to access a wide range of information and skills of immense use to visually impaired people in daily living.

The organisation continued to develop and in 2014 it became a Charity Incorporated Organisation (CIO), believing that this was the best fit for them to continue and attract future funding. The charity has grown from strength to strength since then, supporting a range of service users in the last 12 months.

“We are thrilled to announce the official launch of our new name and brand to our network of staff, volunteers and network of service users. The new name and branding marks a new chapter for the charity, which has supported residents throughout the Kirklees area for the last 13 years, and the team have done a fantastic job of turning our vision into a reality.

“We have big ambitions for the organisation in the future, including opening more drop-in centres in the local area and villages of West Yorkshire, making our services more accessible to people with sight loss and offering more training to volunteers to help grow our peer support and technology training services.