It’s #UKCharityWeek, and Elvis is in the building! 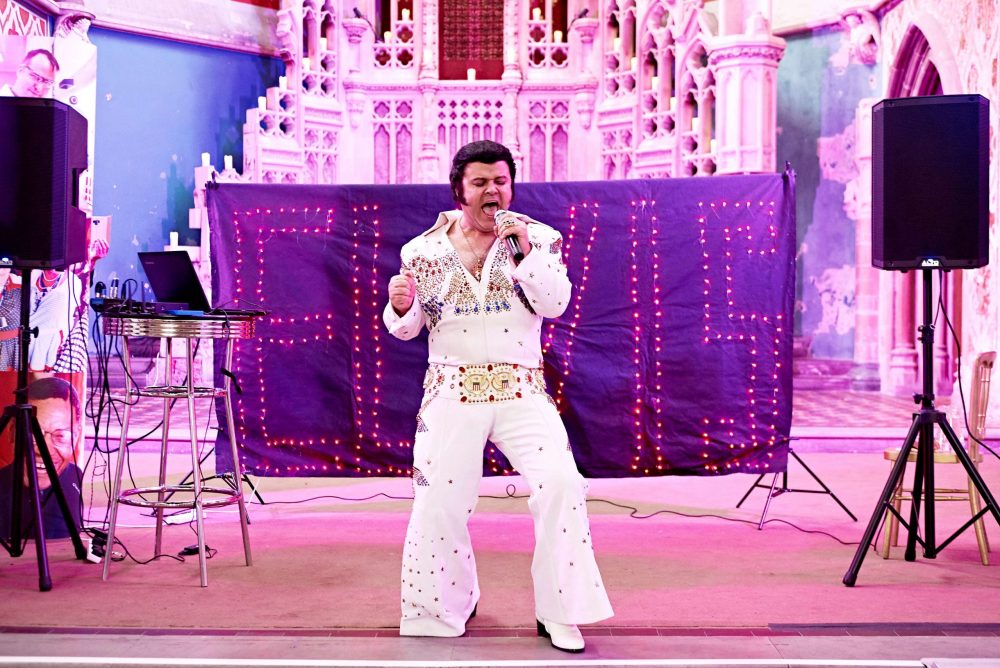 A Liverpool charity worker has been donning full Elvis gear and gyrating and crooning his way through the pandemic, via a high octane series of online shows.

This #UKCharityWeek, Tony Beard, Toxteth’s answer to the King, has gone out of his way to raise a smile amongst staff and the people he cares for to ensure they are never Lonesome Tonight.

Before turning his hand to social care, Tony was in hospitality, working in a city Hotel. But the music fan came to realise he had more to give than ensuring the hotel’s 194 rooms had immaculate bed linen and opted for a change of direction.

“It was clear from the outset that not only does Tony have a genuine passion for supporting adults with mental health conditions and a desire to provide a high-quality service, but that his people management skills were also second to none.

“Tony is open, friendly and approachable. He has a great sense of humour, which can definitely help especially through difficult times, but he always remains professional.

“He has shown a real passion for improving the lives of the people who live at the service and doing everything he can to offer support, including raising extra funds online during a very tricky time for fundraising.

“He has the compassion and dedication to pull everyone together to get through this challenging period.”

In June 2020, Tony made a national newspaper’s Happy List, which featured 50 people who have made an outstanding contribution to society.