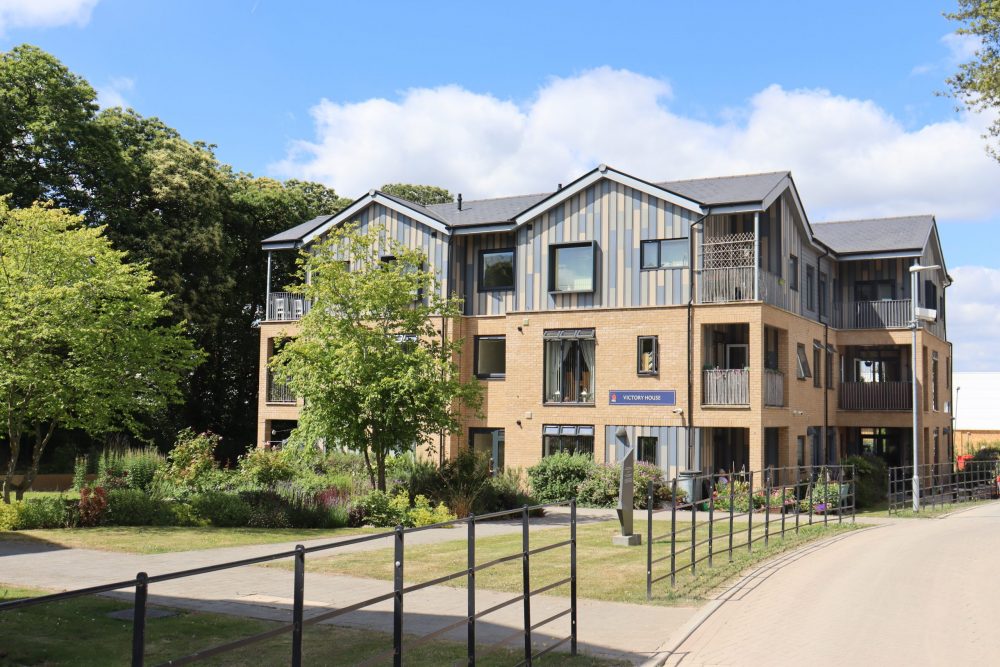 HUNDREDS of out-of-work military veterans are set to benefit from a new IT Learning Centre every year as part of Royal British Legion Industries’ new Centenary Village Development.

RBLI’s Centenary Village, based in Aylesford, Kent, is a £22m development that, when complete, will see the charity provide a home and welfare support to hundreds of disadvantaged ex-servicemen and women every year for the next 100 years.

Phase 2 of the site, due to open in July, will comprise 22 adapted apartments for veterans in urgent need, 16 new family homes, and a further 24 assisted living apartments for older veterans. Future construction will also see a state-of-the-art community centre with an accessible gym built on the site.

Now, thanks to the support of The Gosling Foundation, the site will also include a 2-storey 1,600 sq ft IT learning and teaching centre which will see out-of-work military veterans provided with the coaching and tutoring to help them find rewarding employment on civvy street. The centre, which will be the headquarters of the new Centenary Village welfare team, will also play a vital role in combatting social isolation in older veterans by helping them connect with the ex-forces community, and their extended families, online.

The Gosling Foundation is a grant-making foundation which has supported a wide range of organisations since its 1985 inception. To date, it has awarded more than £100 million in grants across its four philanthropic areas: The Royal Navy and Royal Marines, Youth, Education, and Health.

The centre will be called the Admiral Sir Donald Gosling IT Learning Centre – so named in memory of the late Vice-Admiral. Sir Donald joined the Royal Navy in 1944 during World War II, serving in the Mediterranean during the conflict.

“Many Armed Forces veterans leave the forces and transition to the civilian world successfully. However, sadly, for some, they can find themselves facing significant barriers to employment – whether due to frequent relocation, homelessness, drug and alcohol abuse, or physical or mental injury.

“RBLI exists to help veterans overcome these problems. And now, thanks to The Admiral Sir Donald Gosling IT Learning Centre it can provide the tools, coaching and learning space veterans need to succeed in the world of civilian work.

“We are immensely proud to have received the support of The Gosling Foundation. Sir Donald Gosling has a tremendous legacy of supporting the most disadvantaged veterans.

“His legacy will now live on in our Centenary Village and will continue to touch the lives of those in need for decades to come.”

“We are delighted to support this nationally significant project and help military veterans regain their independence – no matter the challenges they face.

“RBLI do truly pioneering work and has created an uplifting, caring and forward-focused community where veterans from all the services are able to turn their lives around. Sir Donald would be so proud to know the impact his work will have for generations.”