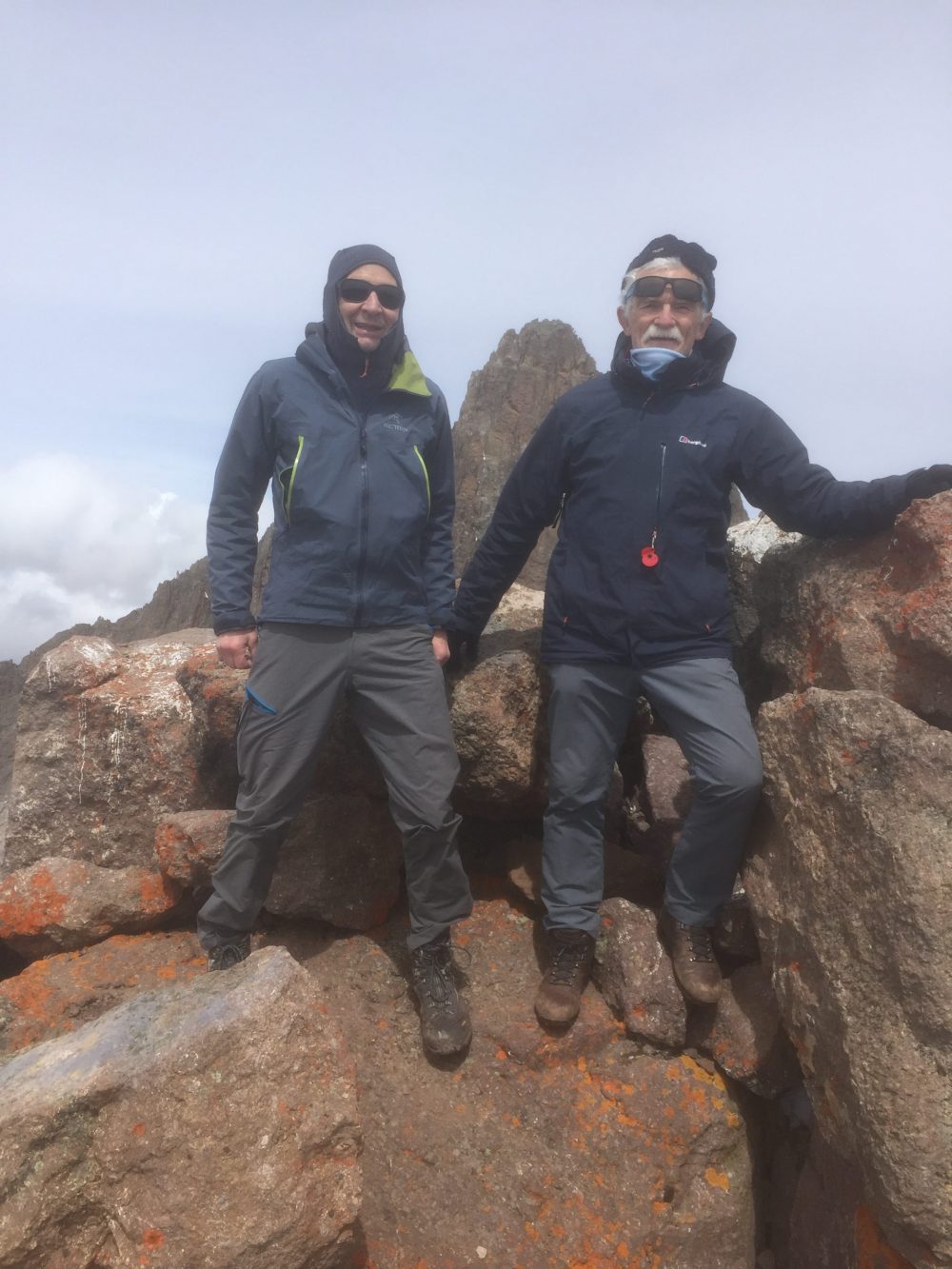 A determined fundraiser from Richmond has battled the elements to climb Mount Kenya and raise £3,000 in aid of the Jubilee Sailing Trust (JST).

Graham Strudwick, aged 73, turned his hand to climbing for the first time at age 68 and found he had a natural flair for it. Soon, the idea of climbing a mountain to raise funds for the sailing charity began to appeal to him.

Graham, an off-shore Yacht-Master and chair of the JST’s London branch, flew out to the second-highest mountain in Africa alongside friend and fellow climber, Roger, to take on the 16,354ft climb to raise valuable funds for the JST – a charity close to Graham’s heart.

An avid sailor himself, Graham has devoted a large portion of his life to the JST, a charity that gives people of mixed abilities and circumstances the freedom to explore their potential and place in the world through inclusive adventures at sea.

Graham himself has taken part in 17 of its voyages over the last 21 years – trips that have totalled a remarkable 15,700 miles and 30 weeks at sea.

After growing up in Africa as a child, and regularly visiting for work in the years that followed, Graham’s heart remained in the continent that he still refers to as “home,” and Mount Kenya became the obvious choice for his fundraising climb.

The expedition started off in a truly memorable fashion, with Graham flying to Africa during Storm Eunice. After a delayed – and bumpy – flight, he arrived safely in Nanyuki, Kenya, before being briefed by a guide and undergoing an essential medical check.

The following days saw Graham embark on the most memorable but strenuous climb of his life, and, as the climb ascended, the weather began to deteriorate rapidly. By day four, as the group began the steep climb to their next camp at 15,000ft, the temperature plummeted to minus 6 degrees and lashings of sleet and fierce winds hit the mountain.

Graham said: “We carried on regardless and made it to the third highest peak, Lenana at 16,354ft. It was a consistently steep climb, which included traversing a snowfield using ice axes, but it was joyous to finally reach the summit and stand to look out at the rest of the ranges below us.” 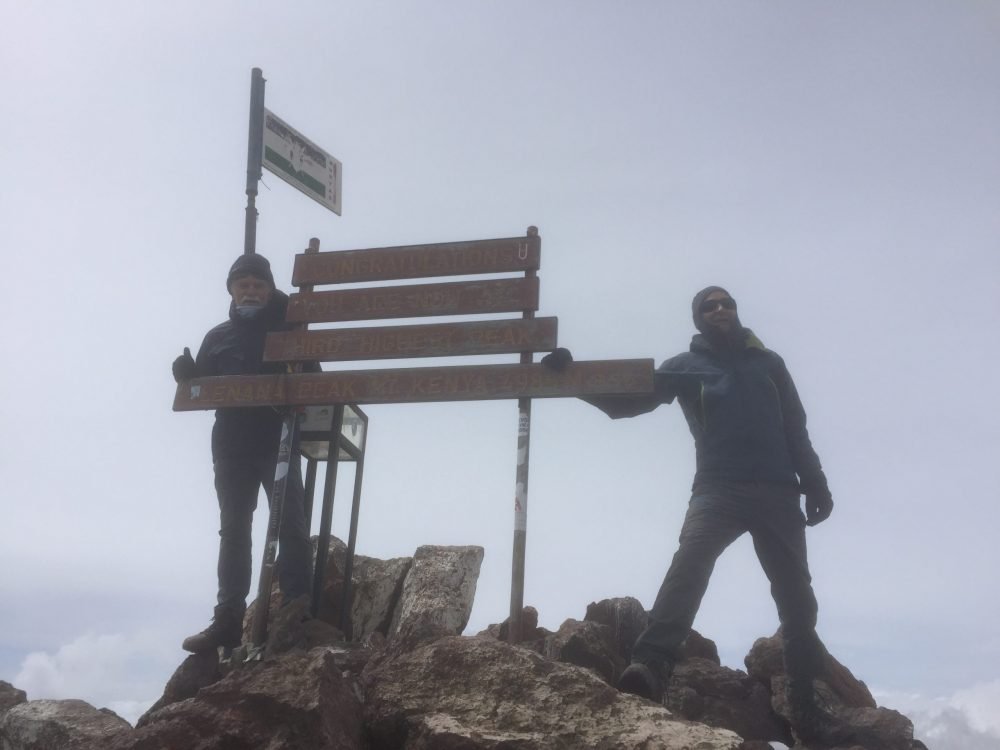 It was after Lenana that fate intervened, cutting Graham’s journey short. That night, his heart – affected by the altitude – began to become strained and so, after taking medical advice, he chose to stay behind while the group went on ahead to the second highest peak, Nelion at 17,021ft.

Graham continued: “Roger made the second peak, Nelion at 17,021ft, but he decided that the final peak, Batian, was a peak too far. The key issue for both of us was the extremely low levels of oxygen at the altitude we were climbing at.

“Regardless, it was an amazing experience for many reasons. The support team were fantastic, and our guide was a fountain of knowledge when it came to the mountains, our health and safety, as well as the flora and fauna.

“We encountered incredible wildlife, including eagles, zebras, and saw evidence of leopards and hyenas. The scenery was also spectacular, with deep carved valleys and peaks all around us.”

Graham continued: “Doing this challenge for the Jubilee Sailing Trust has filled me with a huge sense of pride. Those on board the charity’s flagship Tenacious, are encouraged to push themselves to achieve things they may never have thought possible, and I thought that taking part in this climb fit the brief perfectly.

“Some of my favourite memories have been of witnessing the positive changes I’ve seen in people over the years. Their self-belief after experiencing time on the ship is wonderful to see. It’s truly inspirational.”

Money raised from the climb will go directly to the sailing charity’s ‘Pulling Together’ Appeal, a rolling appeal designed to help maintain a funding flow for Tenacious’ maintenance, repairs and improvements.

“Graham is an inspiration to us all. Not only did he show true bravery, grit and determination, but he also did it all for our beloved charity.

“Without people like Graham, the Jubilee Sailing Trust could not be where it is today and for that we are extremely grateful. We would like to give Graham and Roger our heartfelt thanks and look forward to seeing what adventures they get up to in the future!”