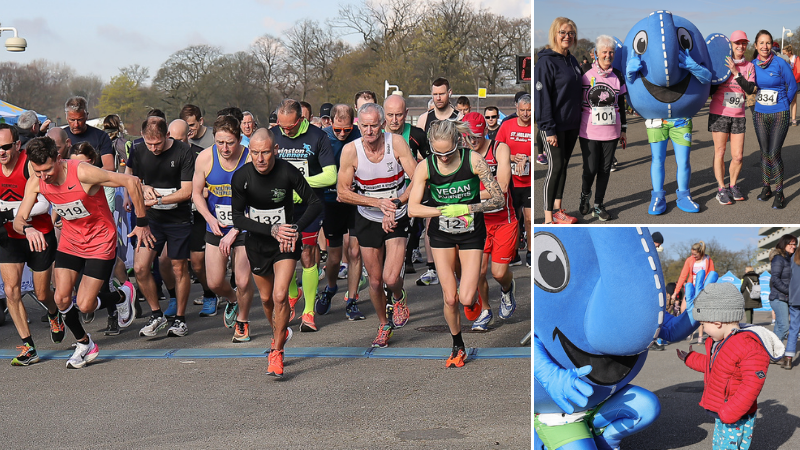 The event saw 500 runners ready and raring to go at the start line of the 10k race. A further 100 people including little tots embraced the 5k fun run and the MyFirst Mile event.

Participants were able to run through a route with a fantastic history. Set in an area of parkland, the course has been an historic home for horseracing as far back as the early 19th Century.

Luckily, runners were able to avoid the bitter weather, with the day remaining dry. Family and friends were kept entertained whilst waiting for loved ones to run with a number of initiatives, including Everton in the Community who ran diabetes and blood pressure testing throughout the day.

The winner of the 10k race was Chris Livesey of Salford Harriers, who completed the distance in 32 minutes and 25 seconds. Following three minutes after with a time of 35 minutes and 27 seconds, was Chris Hazeldine of Liverpool Running Bugs. Third place was given to Andrew Veevers of Southport Waterloo AC after he finished in a time of 36 minutes and 50 seconds.

Lisa Gawthorne was the first female to cross the finish line, with a time of 39 minutes and 45 seconds. Paiwan Dodd then followed for second in 42 minutes and 9 seconds. Striding into third place, Quin Davies of Parbold Pink Panthers finished in a time of 45 minutes and 57 seconds.

Chris Livesey will be making his donation to St Catherine’s Hospice, Preston and Lisa Gawthorne will donate her winning amount to Freshfields Animal Rescue, Liverpool.

“Our race calendar has kicked off with a bang for 2022! The Alder Hey races were a great success and we’re happy to have welcomed back new and previous runners to the fantastic Haydock Park Racecourse. Lots of runners raised lots of money for some great causes, including our own local health and well-being projects and the hospital’s surgical neonatal appeal.’’

Alder Hey Children’s Charity 10k is an event by The Running Bee Foundation which was founded and is supported by Sports Tours International. The profits from this event will be donated to assist the hospital.

The Running Bee Foundation champions health and wellbeing initiatives to promote the benefits of an active lifestyle and help in the fight to reduce childhood obesity.