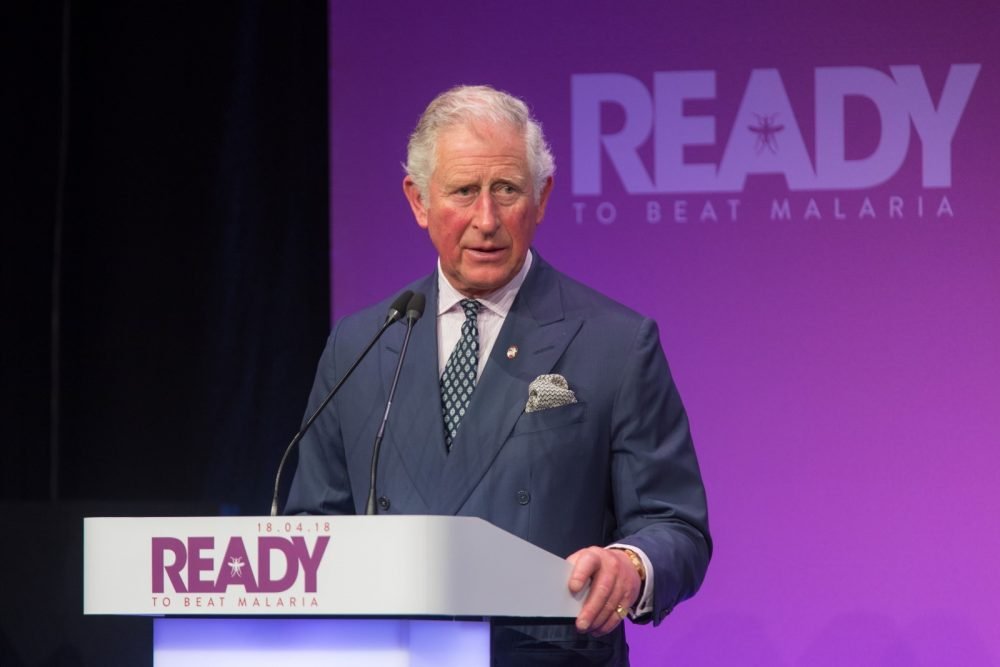 His Royal Highness has long been a supporter of the charity and a strong champion of the need to end malaria, a preventable, treatable disease that kills a child every two minutes.

At a dedicated Malaria Summit at the time of the 2018 Commonwealth Heads of Government Meeting (CHOGM) in London, His Royal Highness spoke of the need for immediate action to combat malaria:

“I’ve been lucky enough to travel throughout the Commonwealth and have only too often witnessed at first hand the devastation that malaria can wreak on communities. Combating malaria is, without doubt, an issue of truly global urgency and I’m encouraged and inspired to see how real the determination of the international community is to overcome this dreadful disease.

“Now, however, despite the recent hard-won successes over the last 12 years and the decline of new cases and a fall of 42 percent of deaths from the disease, it is tragically evident that much still remains to be done.”

The Summit led to a historic commitment from Commonwealth leaders to ‘halve malaria cases and deaths by 2023’.

“Like us, His Royal Highness The Prince of Wales shares a passionate commitment to seeing malaria eradicated within our lifetimes. We are deeply grateful for his invaluable support. His Royal Highness has tirelessly championed our concerns and raised awareness of the illness, death and devastation caused by this disease, particularly across the Commonwealth.

“Malaria can be ended within this generation, and this mission can only be accomplished by working with leaders from around the world to combat this disease.”

“We are empowered by the support of His Royal Highness and look forward to working with him to ensure our global community meets the vital internationally agreed targets towards ending malaria and saving millions of children’s lives in the decades ahead.

“Saving millions of children’s lives from malaria through nets, medicines and access to healthcare has been one of the world’s greatest success stories, and we must build on this. We cannot let up in the fight against this preventable disease, particularly as new threats emerge that could jeopardise the mission of a world free from malaria.

“The World Health Organisation has warned that changing weather patterns linked to climate change could further threaten future progress in the fight against malaria, and COVID-19 has put pressure on health services and caused delay and disruption to everyday malaria prevention and treatment.

“We must not let COVID-19 or climate change put us into retreat. Let 2021 be the year when we get back on track to end this preventable disease. In doing so, we will not only be saving lives in countries affected by malaria, but we will also be increasing health security across the world by reducing the burden on health systems and allowing us to track and manage emerging pandemic threats more effectively.”