How do we tackle the climate crisis without harming workers in polluting industries?

The answer is a ‘just transition’, that transforms the economy in a way that’s fair to everyone.

A ‘just transition’ means moving to a more sustainable economy in a way that’s fair to everyone – including people working in polluting industries.

That’s the short version, but let’s back up a bit.

Our planet is changing. We are facing a climate and nature emergency that’s costing thousands of lives around the world. Floods, droughts, forest fires and tropical storms are happening more often. And they are also becoming more intense, putting millions of people’s homes and livelihoods at risk.

To avoid the worst of this, societies are going to have to change massively. Reliance on fossil fuels must end. Countries will have to cut their planet-heating emissions down to zero. And they need to do it fast. 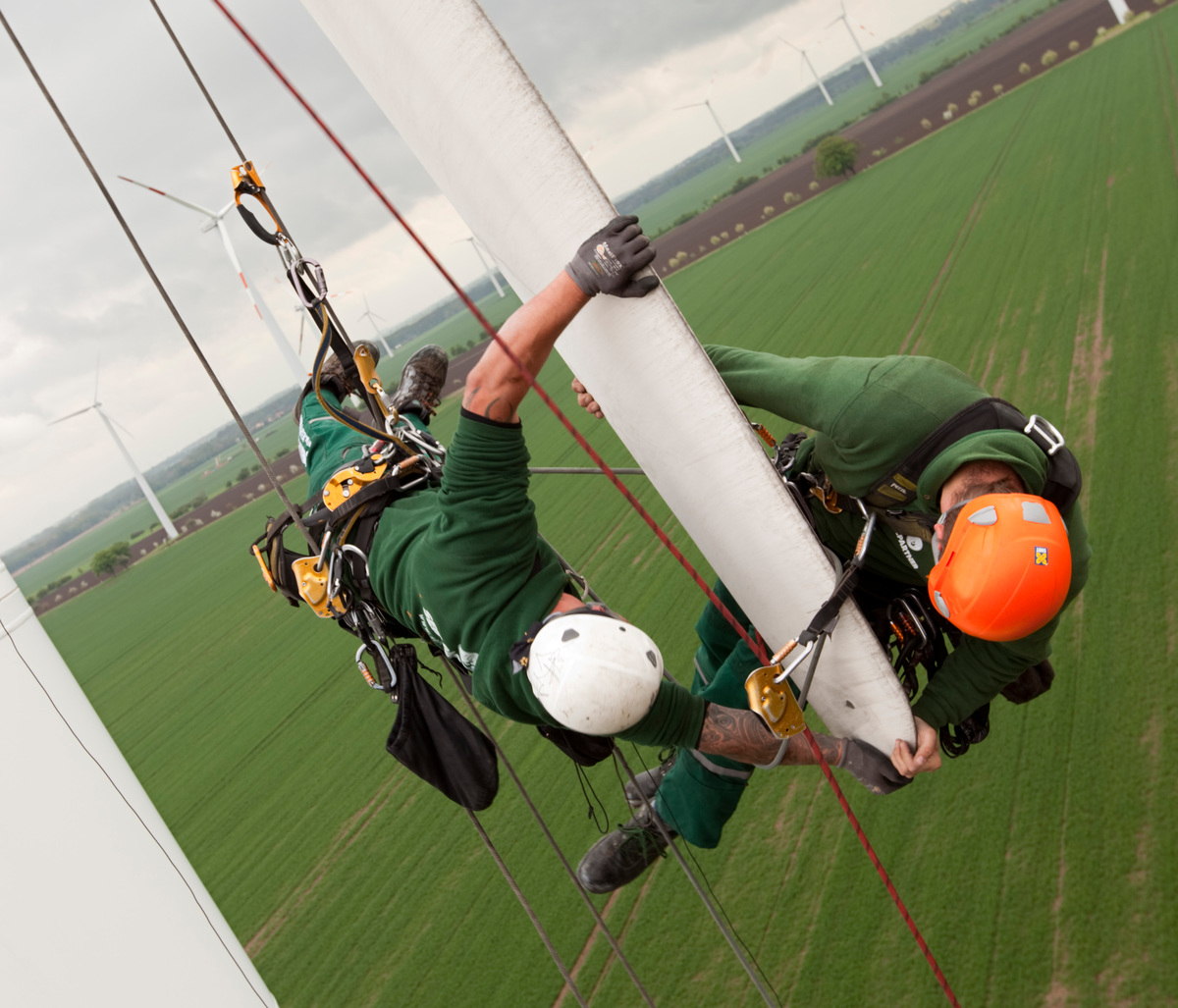 This is where it gets tricky. At the moment, lots of people’s livelihoods are tied to polluting industries. Think oil and gas workers, aviation engineers, factory workers making petrol and diesel vehicles.

If we want to avoid catastrophic climate change, these polluting industries are going to have to change completely. Some of them will have to shrink. And these changes will impact the lives of these workers and their communities.

This doesn’t have to be a bad thing – but it is a huge challenge, and it can’t be taken lightly. People use the term ‘just transition’ to describe what we need to do.

Put simply, a just transition is about moving to an environmentally sustainable economy (that’s the ‘transition’ part) without leaving workers in polluting industries behind. It aims to support good quality jobs and decent livelihoods when polluting industries decline and others expand, creating a fairer and more equal society – that’s what makes it ‘just’.

Job opportunities in a clean economy

Moving to a clean economy is a mammoth task that will create millions of jobs around the world. In fact, Greenpeace has estimated that the UK government alone could help create 1.8 million jobs by investing in a green economic recovery after Coronavirus.

There’s a huge amount of work to be done in creating cleaner transport, building renewable energy, insulating homes and restoring nature. These are all industries that will grow in the future, and with the right training and opportunities, workers in today’s high-polluting industries can play a huge part in them.

But this won’t happen on its own. It needs dedicated time and financial support from politicians and businesses.

Why do we need a just transition? 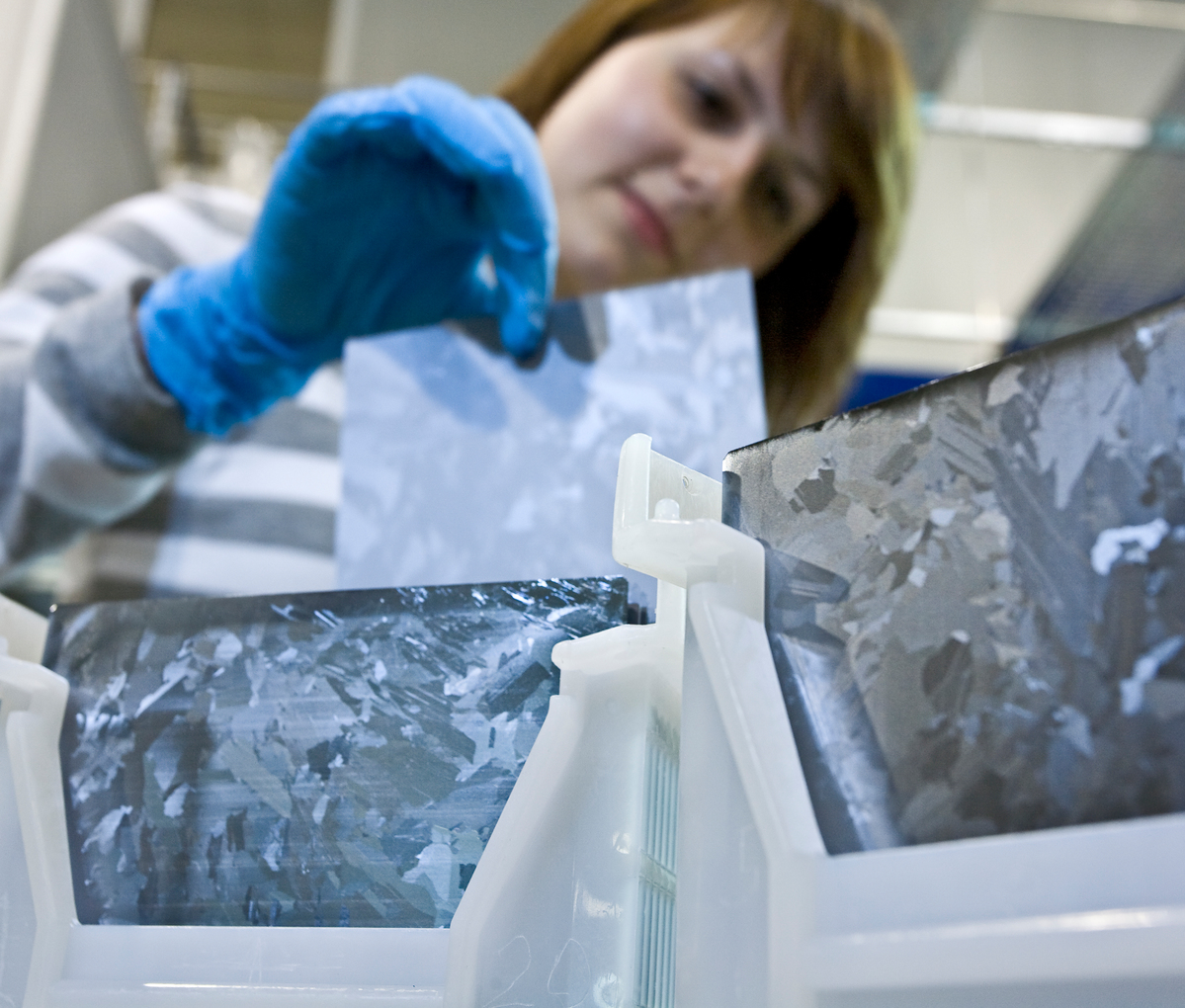 We need to work towards a just transition because it’s the right thing to do. But we should also recognise it as the best way of getting where we need to go.

Done right, the economic transformation that’s needed to tackle climate change can be a chance to fix many of the wider economic injustices that already exist.

But if we approach this transition carelessly, it’s likely to make things worse – and taking action on climate change will (quite understandably) lose public support in the process. That’s why it’s crucial to put the lives and wellbeing of people that are employed by polluting industries at the heart of any climate transition plans.

Lessons from the past

We can look to the past to understand what’s at stake. The dismantling of the UK’s coal industry in the 1980s was brutal, and people are still living with the consequences today. Workers and unions were ignored, and mines were forced to close abruptly, without consideration of people’s livelihoods or future prospects. In the aftermath, whole towns and communities were left with little or no support, and many still haven’t recovered.

The fallout from coronavirus is another reminder of why we need a just transition. Covid-19 has already caused a crisis in the oil and gas industry. In the UK, at least 30,000 jobs could be lost. And while this crisis was triggered by the pandemic, it’s a sign of things to come for the industry. As the industry continues to shrink as countries move away from fossil fuels, the workers that depend on these industries need and deserve a way forward.

A transition that doesn’t have fairness at its core isn’t just morally wrong – it’s also far less likely to succeed.

How would a just transition work? 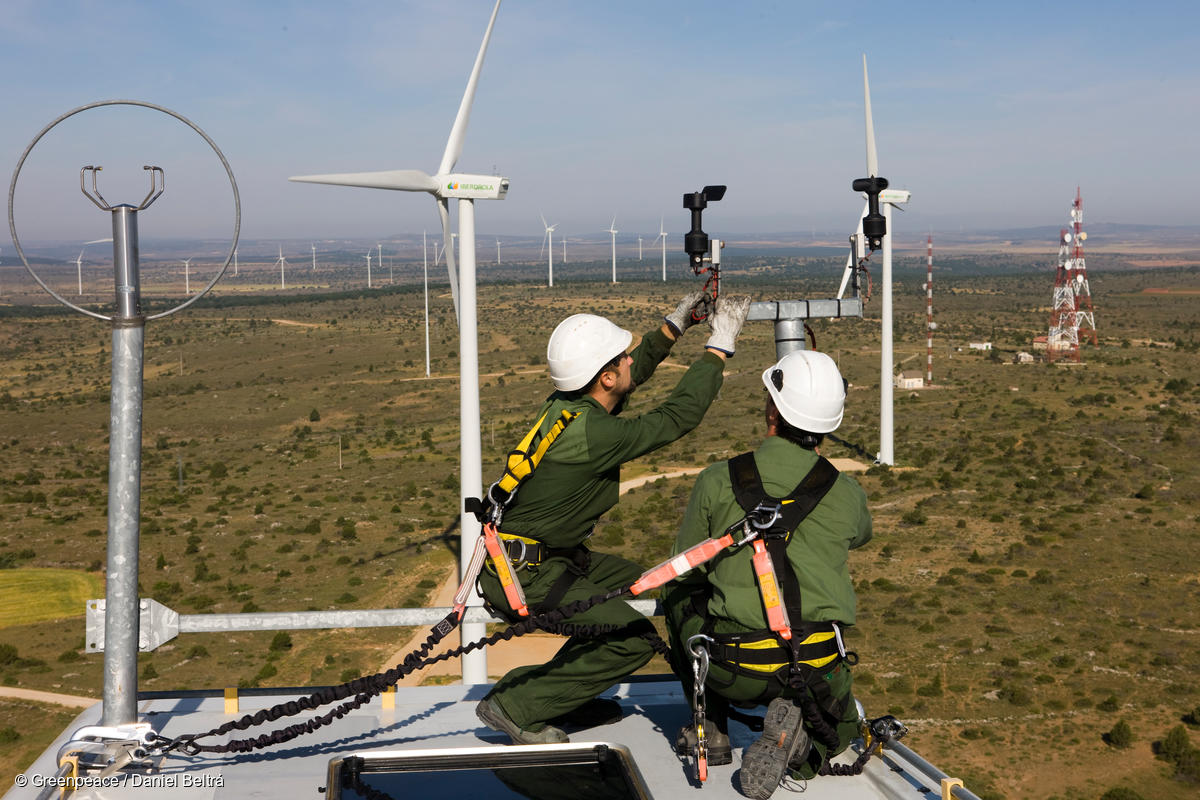 Technicians inspect equipment on the top of a wind turbine. © Greenpeace / Daniel Beltrá

There are three essential ingredients to make a just transition work.

The first is collaboration. National and regional governments need to work closely with local authorities, workers, unions, employers and other stakeholders. These groups need to be able to trust each other so they can get things done.

A second ingredient is a local approach. No two places are the same, and all the most successful economic transitions have had a clear vision for their specific region. For example, a just transition plan for the North East could focus on re-skilling North Sea oil and gas workers. There’s serious potential for new employment in offshore wind energy and other renewables. In fact, over a third of the UK’s offshore wind engineers used to work in the oil and gas industry, carrying some of their existing skills over from the oil fields to the windfarms.

The third ingredient is money. These groups need proper funding and power, so the communities affected can genuinely shape what happens, and get the support they need. To properly support a just transition in the UK, the government needs to spend at least £5 billion per year – and this might need to increase over time.

They invested £12 billion in a Transition Training Fund. The fund supports unemployed people and provides opportunities to upskill and retrain workers. As of 2018, over 3000 people applied for access to the fund and 85% of them found new jobs. Scotland has also set up a Just Transition Commission, tasked with collecting insights on how to address climate change without leaving people behind.

Although there’s still much more to do, these policies are starting to work well. The Orkney Islands used to import its energy. Now, they produce all their own power using wave and tidal energy. This transition created new jobs and has led to one of the lowest rates of unemployment in Scotland.

We can’t negotiate with climate change – we have to act or face the consequences. But we can control the way in which we move away from fossil fuels.

Getting this right won’t be easy – it’ll take vision, courage, investment, tough conversations, and a willingness to work with a wide range of people. But if we truly manage to achieve a just transition, it’ll be one of the best things humanity has ever done.

This article was written by Greenpeace UK