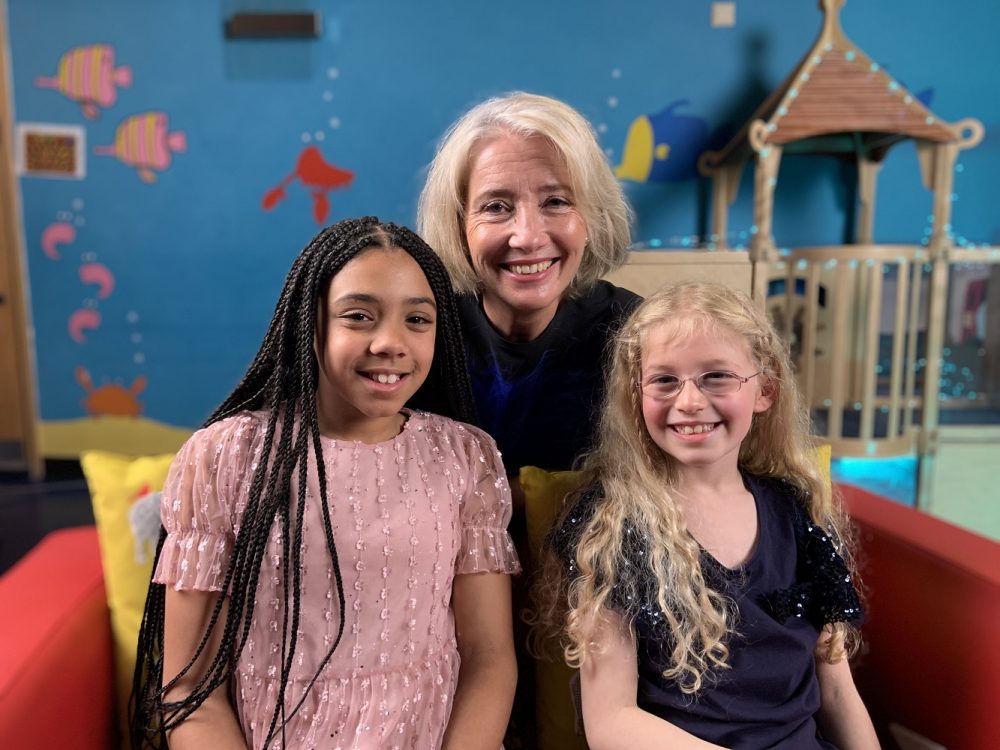 WHILE she is busy taking on the role of Miss Trunchbull in the Netflix adaptation of Roald Dahl’s children’s classic Matilda, multi-award-winning actress Dame Emma Thompson has given two young fans a tantalising glimpse of what to expect from the new film in a video interview for children’s charity Barnardo’s.

Nine-year-old Imani and eight-year-old Tali had the exciting opportunity of meeting and interviewing Dame Emma for this year’s Barnardo’s Kidsmas campaign. The Kidsmas appeal, which is now in its third year, aims to raise vital funds to help vulnerable children feel happy and safe this Christmas time – and so they can access the support they need all year round.

The heart-warming and hilarious five-minute video begins with the two young co-hosts, complete with chat show-style sofa, cue cards and festive lights in the background, introducing Dame Emma and cutely referring to her as ‘Your Royal Dameness’.

When asked by Imani if she had ever taken a prop home from a film set, Dame Emma replies, ‘The only prop I have taken home is the original stick from the first Nanny McPhee film’. She then presents the amazing co-hosts with the original magical walking stick and the girls in turn encourage Dame Emma to recreate Nanny McPhee’s famously crooked gnashers with all three talking with joke teeth in their mouths. ‘That’s hilarious’, exclaims a garbled Dame Emma on seeing her reflection.

When asked about transforming herself into the villainous Miss Trunchbull for her upcoming role, Barnardo’s supporter Dame Emma reveals:

“It’s the most extraordinary costume because I had to wear a big fat suit and then these great big boots. It was a very heavy costume and then I had prosthetic pieces stuck on my face and pretend ears, and a pretend nose.”

Throughout her glittering career Dame Emma has won a whole host of awards including two Academy Awards, three BAFTAs, two Golden Globes and one Primetime Emmy. With so many prized trophies the acting legend is asked where she keeps them and if she shows them off to guests at her home. 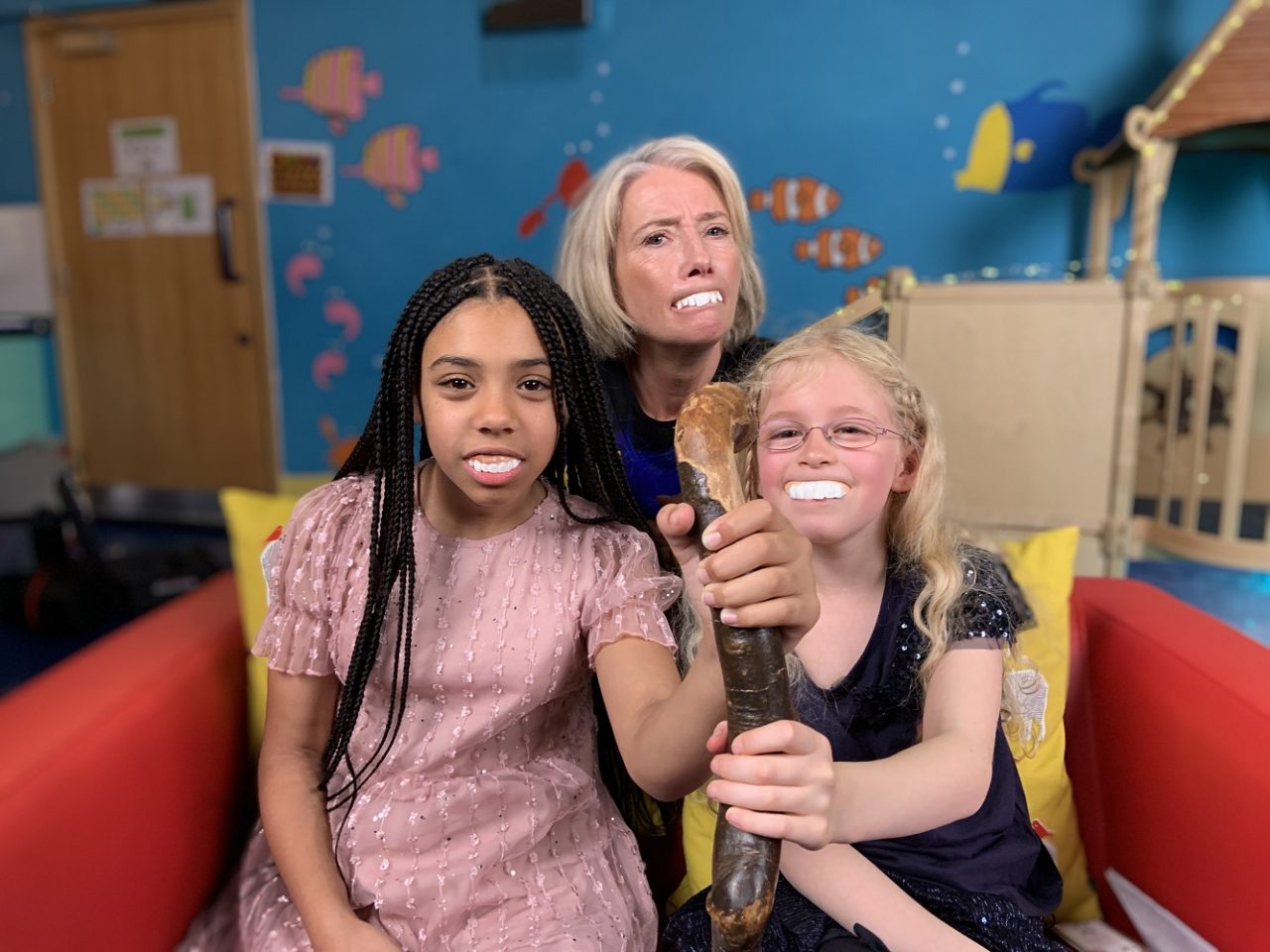 “Can you imagine what it would be like if someone came to my house and I said ‘first of all let me show you my awards’? Wouldn’t you walk straight out? I would!”

Dame Emma then explains that most of her awards are kept on a shelf above a TV in her room, but that she has a slightly unusual home for her two prized Academy Awards. ‘I’ve got them in the loo downstairs’, she laughs before adding that it gives her guests the chance to do a mock acceptance speech in the mirror, holding the coveted statuettes.

“I was delighted to meet Imani and Tali. They kept me on my feet with such great questions.

“Barnardo’s does the most incredible work supporting children right across the country and I really hope the Kidsmas campaign can help spread some festive magic for vulnerable children this Christmas.” 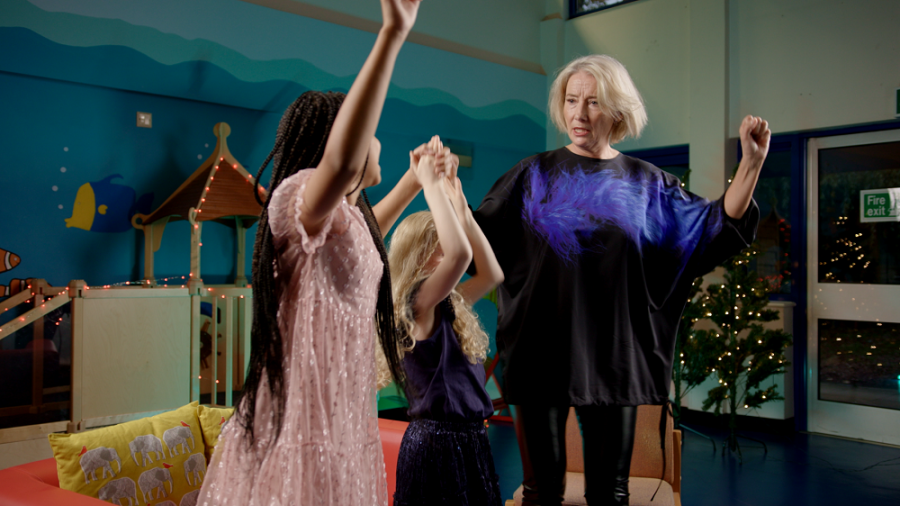 “We are incredibly grateful to Dame Emma Thompson for supporting our Kidsmas campaign and helping to raise awareness of our vital work.

“For lots of children, Christmas is a time for family, festivities and fun. But for many of the vulnerable children Barnardo’s supports it often comes with serious challenges.

“This year, with, poverty, bereavement, mental health issues, loneliness and abuse having risen in the wake of the Covid pandemic, even more children will be struggling during the festive season.

“That’s why our Kidsmas campaign is so important. By taking following the inspiring words of Dame Emma, you can help us raise vital funds so we can bring hope to vulnerable children at Christmas time, and provide the support they need all year round.”

While many people look forward to fun and quality time with family over the festive period, too many vulnerable children and young people feel left out at Christmas time.

Many children are struggling with poverty, mental health issues or have family circumstances that mean it’s difficult for them to celebrate.

As part of its Kidsmas campaign Barnardo’s is asking people across the country to come together with families, friends, and communities to raise vital funds to help vulnerable children feel part of a happy, safe, and caring Christmas – and can access support all year round.

Please visit: www.barnardos.org.uk/kidsmas to find out how you can take part.