High Sheriff celebrates county’s charities and the people behind them 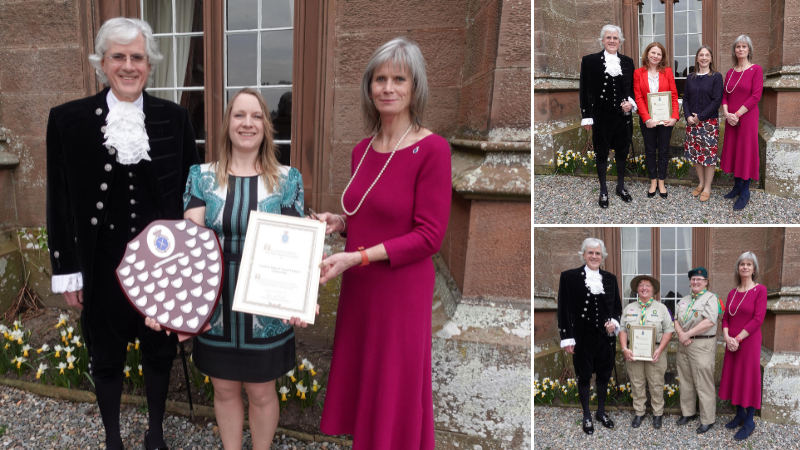 HIGH Sheriff of Cumbria, David Beeby, welcomed people from around the county to an award ceremony recognising their tireless efforts to enhance and enrich the places where they live.

Individuals, community and voluntary-led groups, who often go unrecognised for their outstanding efforts, came together to celebrate their achievements and receive recognition and awards from the High Sheriff.

The awards are part of the High Sheriff’s Fund, managed by Cumbria Community Foundation, and publicly recognise both charities and individual volunteers who help improve their communities.

Representatives from 15 organisations have been invited to attend the ceremony at Rose Castle in recognition of their service. The High Sheriff will hand out certificates and issue three recipients with the prestigious High Sheriff’s Shield.

Ending his shrieval year with a celebration, David said:

“It has been a real privilege to visit well over one hundred organisations across Cumbria and to meet so many staff, volunteers and beneficiaries. All of them are making a real difference to so many people and to their communities.

“It was lovely to be together in person in the magical surroundings of Rose Castle to celebrate the achievements of some of these wonderful organisations.”

“There are an extraordinary number of voluntary and non-profit organisations working at the heart of our communities, and this is an opportunity for some of them to receive the recognition and support they deserve.”

The High Sheriff is one of the oldest Crown Offices, dating back to before the Battle of Hastings. As the Sheriff’s powers increased, they were considered to be a threat and in 1540 Henry VIII created Lord Lieutenants to take over the military duties. To this day, both the Lord Lieutenant and the High Sheriff are appointed by the Sovereign with the High Sheriff retaining a historical relationship with law and order and taking an active part in supporting and promoting voluntary organisations.

20 Ukraine charities you can help support safely from the UK