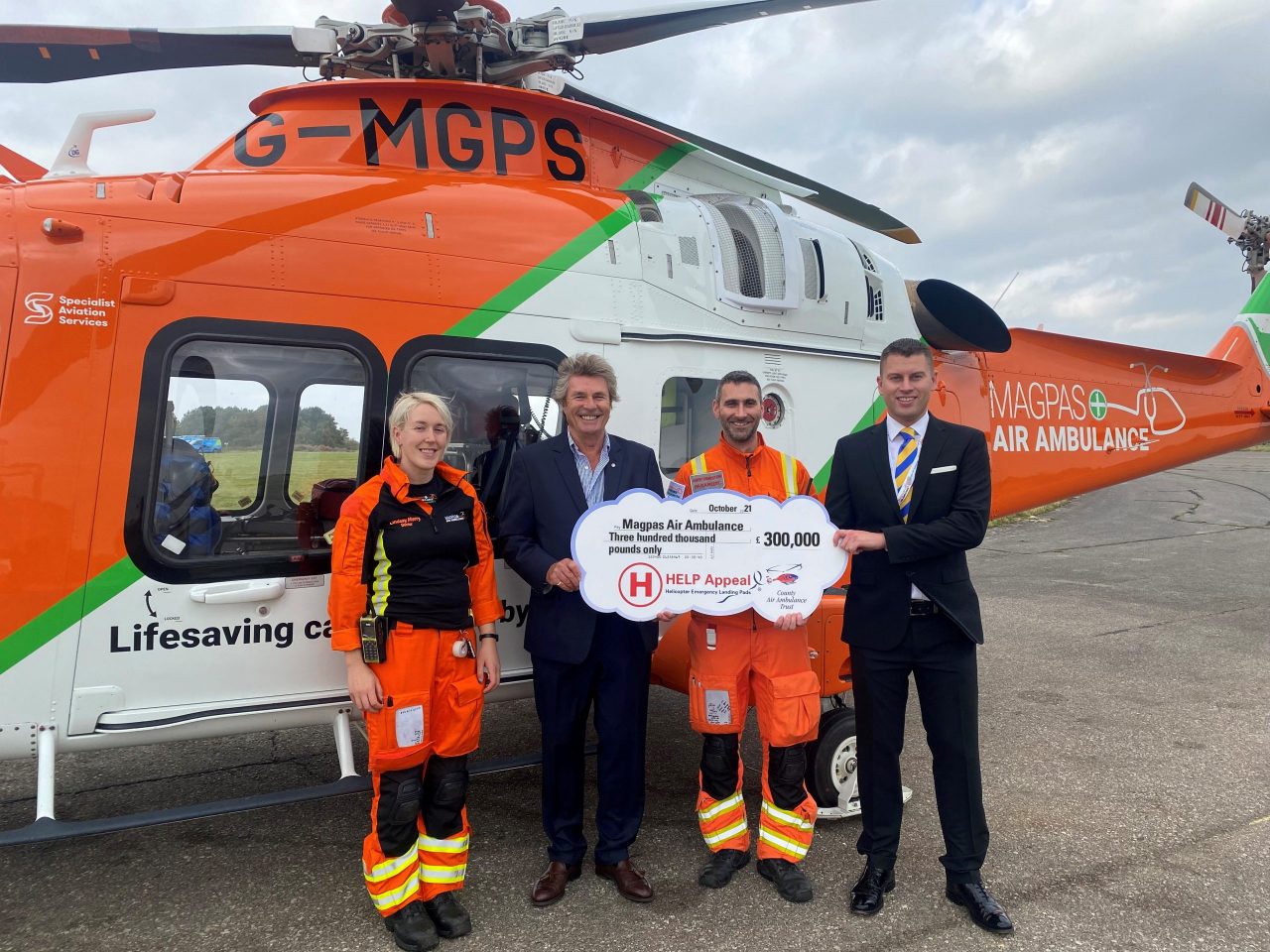 MAGPAS Air Ambulance welcomed Robert Bertram, Chief Executive of the HELP Appeal to its airbase in Cambridgeshire after receiving a £300,000 donation to its ‘Future 50’ appeal to fund a new airbase. During the visit he met with Magpas Air Ambulance CEO, Daryl Brown MBE, to find out more about the new base, which is due to start construction at the end of the year.

The HELP Appeal is the only charity in the country that funds the development of helipads at Major Trauma Centres, key A&E hospitals and air ambulance bases. It has donated £300,000 to fund the helipad at the new Magpas Air Ambulance airbase in Alconbury Weald, a significant contribution to the £3 million appeal which will enable Magpas to continue providing their 24/7 lifesaving service.

“The HELP Appeal is best known for funding hospital helipads. But this isn’t all we do to help air ambulances save time in getting critically ill patients the emergency care that they need. We are very proud that this is our ninth air ambulance base helipad that we’ve helped to fund.”

Magpas Air Ambulance provides emergency lifesaving care in Cambridgeshire, Bedfordshire and across the East of England and can reach 12 counties and a population of over 10 million in their AW169 helicopter.

The charity needed to relocate from its current base after the land it occupies was sold. However, the challenge of relocating also provided Magpas Air Ambulance with the opportunity to look for a site that could reduce dispatch times and accommodate an airbase better equipped to support its growing 24-hour operations.

Having already purchased the land at Alconbury Weald and obtaining planning permission, the HELP Appeal’s £300,000 donation is an important step in raising the £3 million needed to complete the project.

“We are so grateful for the support of the HELP Appeal. This donation is an important step in making our plans for a new airbase a reality and achieving the aims of our ‘Future 50’ appeal; to continue saving lives and keep families together for future generations. The helipad is a vital part of the new base and it was great to be able to talk Robert through our plans. We are lucky that the HELP Appeal exists to fund these essential facilities. Simply put, this donation and the new helipad will help us to continue to save lives.”