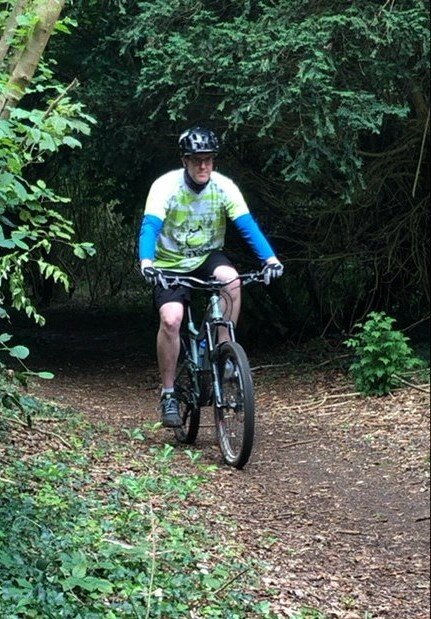 A Hampshire veteran, who served in the South African Army, will be taking part in the Andover Cyclethon on Sunday 12 September, to raise money for SSAFA, the Armed Forces charity.

Quentin Bellingham, 48, is among the many cyclists who will be taking on the Andover Cyclethon – an 80km mountain bike ride on and around Andover’s byways and cycleways.

The Cyclethon, organised by the Rotary Club of Andover, starts and ends at Thruxton Race Circuit and involves a 1,200-metre climb to add to the challenge.

Quentin, who served in the South African Army as a signalman in the 1990s, has chosen to raise funds for SSAFA, having heard about its support to serving and retired Forces personnel and their families.

Married to Charmian, Quentin now lives in Grately, Hampshire, after growing up in South Africa. He works as a Product Manager for an international neurology systems manufacturer.

“I have two reasons for taking on the Cyclethon: firstly, it’s a personal challenge, never having ridden this far off-road before, and secondly to give me a chance to raise money for a very worthy cause.

“During my South African Army service, I saw for myself how much help members of the military need when transitioning back to civilian life.

“Since moving to the UK in 2007, I’ve become very aware of the marvellous support SSAFA gives UK’s Armed Forces community, both serving and retired, as well as their families.

“I’m really looking forward to hitting the roads for SSAFA. Feel free to donate and wish me luck!”

You can support Quentin’s fundraising efforts at justgiving.com/fundraising/quentinb-ssafa .