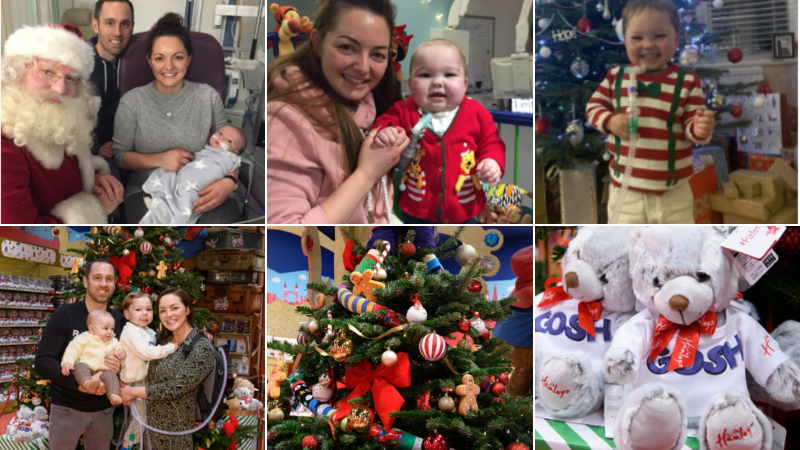 GOSH Charity has launched its 2021 Christmas Appeal with an animation called ‘One Step Closer to Home’ which follows four-year-old GOSH patient Henry on his journey from GOSH to his home in Bridlington, East Riding of Yorkshire. Along the way, Henry, who receives specialist care at GOSH for a rare cardiac condition and has a tracheostomy and ventilation tube, is helped by magical stockings that represent donations from GOSH Charity supporters.

Soundtracked by Sigrid’s ‘Home to You (This Christmas)’, the animation sees Henry collect more pairs of stockings on his journey home as he crosses the country, passing landmarks such as London’s Big Ben and the Humber Bridge in East Riding of Yorkshire. 100-year-old GOSH Charity supporter Ivy, who has raised almost £3,000 for the charity, gives Henry his last pair of stockings to help him on the final stretch of his journey home to his family.

The animation supports GOSH Charity’s Christmas Appeal, which raises money to fund vital resources and support that GOSH needs to get seriously ill children like Henry one step closer to home. This includes state-of-the-art medical technology; pioneering research programmes into treatments and cures for rare conditions and patient and family support services. Money raised will also help bring Christmas to the hospital for children from across the UK whose treatment needs to continue over the festive season, as well as funding important services for GOSH staff working to care for patients and their families.

Henry was transferred to the hospital in December 2017 when he was just five weeks old, after being diagnosed with a rare congenital heart condition, where his left artery was wrapped around his windpipe. After discovering that Henry’s windpipe was only 1.8mm wide when it should have been 6-8mm, Henry underwent surgery just days before Christmas from GOSH’s specialist tracheal team to widen his windpipe and make it easier for him to breathe.

His first Christmas was spent in the hospital’s Cardiac Intensive Care Unit (CICU) recovering from his surgery, and a year later in 2018, Henry spent Christmas on a ventilation ward at the hospital, with his parents by his bedside. He was able to go home in January 2019 but is still cared for by GOSH and has a tracheostomy and ventilation tube, which has been depicted in the film.

“We spent Henry’s first two Christmases at GOSH, which was incredibly hard. We arrived at GOSH two days before Christmas and I remember feeling so worried about what lay ahead for Henry, but the amazing staff comforted us and helped put us at ease. Despite everything else that was going on, they helped bring the festive spirit – even the small things like changing Henry’s bedsheets in his cot to be Christmassy ones made such a difference.

“Henry is still under GOSH’s care now and we are so grateful for their ongoing support. He is such a kind, happy and gentle child and we couldn’t value our time together as a family more. It’s been amazing to see Henry animated for this film and follow his very special journey home. We’re really hoping that Christmas 2021 will be the Christmas that Henry gets to spend with the people that love him and cherish him for the wonderful little boy he is.”

“Christmas is such a special time and it’s become even more significant as we reflect on the challenging two years we’ve all had. We’re extremely grateful to Henry’s family for sharing their story with us. The magical stockings that help him on his journey home are a moving illustration of the power of support from our incredible donors, who help get children one step closer to home. It also showcases the amazing staff at GOSH, who work around the clock to help children get home to their families, and go out of their way to make the hospital a home-from-home for those whose treatment needs to continue over the festive season.

“We’re so excited to launch this year’s Christmas Appeal, which will raise vital funds for seriously ill children from across the UK.”

The ‘One Step Closer to Home’ animated film has been made by creative agency adam&eveDDB, production company Strange Beast, and director Tjoff Koong. Labtech, owner of 20 acres of property across London, has also provided free advertising space in the heart of Camden Market throughout the festive season, alongside offering shoppers the chance to donate to GOSH Charity via QR codes.

To find out more about GOSH Charity’s Christmas Appeal and how to support seriously ill children from across the UK, please visit:  gosh.org/christmas.